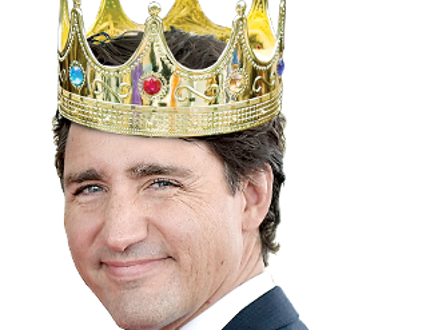 A look at the Parliamentary schedule tells the story of an unspoken reality in Canada. During the past 170 days, Parliament has been in session for a total of 20 days.

The statistics amount to a whopping total of 12% during the time period. If one were to query government on their reasoning, they would be sure to get an earful of “we’ve got the pandemic blues” from the Liberal government.

Of course, media has done no such thing. Forget the fact that these numbers are the lowest in decades, or likely in the history of our country. Government and media will chalk it up to the all-purpose Covid excuse. Cultural Action Party do not buy it for a second.

The true reason is because PM Justin Trudeau is working to erode democratic rule in Canada. From a technical perspective, the ruler of society within a democracy is “the people.” Insert laughter here. As if Mr. Trudeau is going to maintain this principle.

He hasn’t– and never will. Rather, our country is being incrementally transitioned away from its traditional governance toward an authoritarian condition. In this regard, political science offers certain classifications. Socialism is spoken of as a condition in which a society is communist– but the public do not know it– yet.

This is Canada in 2022. The reason the general population do not know it yet is due to what we call “media obfuscation.” With intent, motivated by the money the Trudeau government transfer to their bank accounts, mainstream media are withholding political reality from Canadians.

Thus, not a peep about the blatant erasure of democracy by way of the Covid pandemic. We come to a tangible fork in the road. Media inform the public that the pandemic is strictly related to issues of health. If one cares to notice, CBC, National Post and the rest never expand outside the parameters of health-related issues.

Where, pray-tell, is speculation on Canada’s future in a post-pandemic world? Media presentation is devoid of sociological analysis of the long-term impact. Does it not appear factual that Covid is an absolute game-changer from a societal perspective?

Of course it is, and of course the press say nothing.  Out of this derives serious suspicion. Is there more to the picture than meets the eye? Darn right there is– beginning with the loss of personal freedom– communist style.

From here to macro-level issues. Covid is facilitating a political revolution. At the risk of venturing into conspiracy theory, CAP offer the following:

Justin Trudeau understands this, and acts accordingly. Every move he makes is underlined by decisions which on a covert level transition our nation away from democratic rule.

Immigration. Internet Censorship. Personal Debt. National Deficit. Covid Restrictions. Vaccine Mandates. Carbon Taxation. You name it, and the undertone is a step-by-step erosion of all that Canada once stood for.

When Trudeau spoke of a “post-modern” society, he wasn’t kidding around. Without defining what he meant, it has taken six years to decipher the tacit meaning of the phrase.

20 days out of 170. 12% of time. These are the statistics regarding the amount of time our country has functioned as a true democracy of late. The longer Justin Trudeau remains prime minister, the greater the chances that 12% will be reduced to 0%.

2 thoughts on “Trudeau’s Democracy: Parliament In Session 20 Days Out Of Past 170 Days”