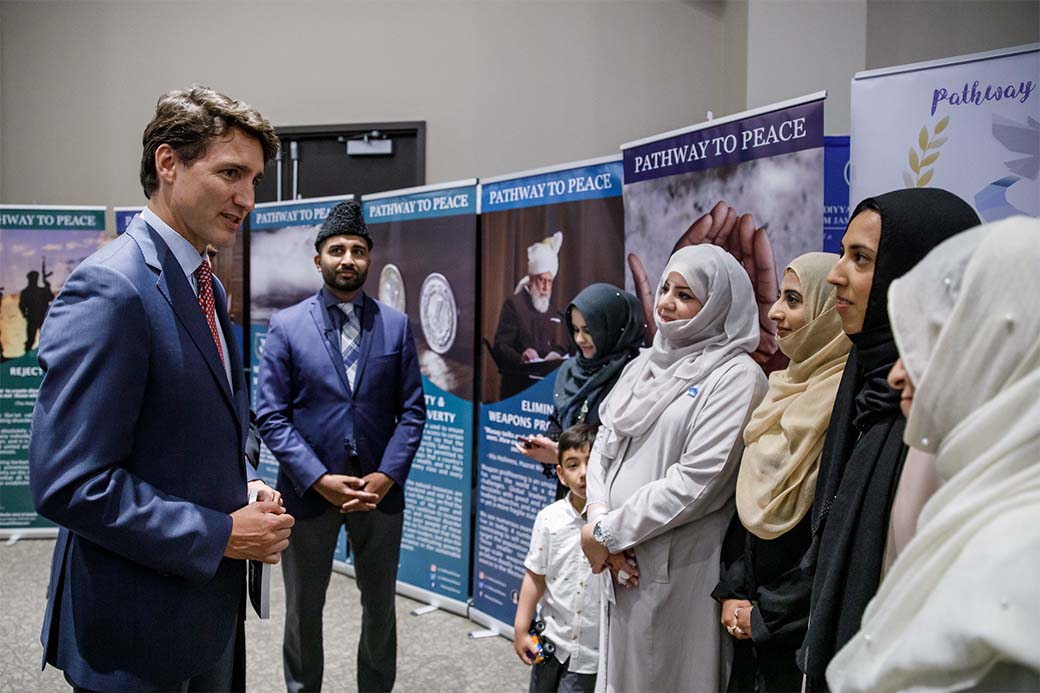 Forcing a Calgary teen desperate for a ride home to have sex with three men has landed a convicted rapist from Somalia a nine-year prison term.

Justice John McCarthy agreed with Crown prosecutor Jason Wuttunee that a significant jail sentence for Abdifatah Ibrahim was warranted for the Feb. 9, 2015, gang rape of a 16-year-old girl.

MacKay had argued Ibrahim’s youthfulness at the time of the offence and the horrible childhood he experienced growing up in war-torn Somalia called for a lighter sentence. “One can only imagine the horror of being between the age of six and 10 and seeing numerous people being killed,” explained his lawyer.

So the lawyers wants the court to forgive the Somalian for rape based on the hardship of his upbringing in war-torn Somalia. As if this has any relevance to the case. How typical of Canada’s left-wing legal industry.

Of course, no one is claiming all people from Somalia behave in the manner of the rapist. This is not the point. The point is that Justin Trudeau and pit-bull Somalian immigration  minister, MP Ahmed Hussen, perpetually overlook crimes committed by their chosen from the Third World. Why? Because if the general public understood the truth, they would be less inclined to vote for PM Trudeau.

This is what occurred when a Syrian refugee (allegedly– the trial continues) murdered 13-year old Marrisa Shen of Burnaby, BC.  Trudeau and Hussen also refused to condemn the “Danforth Killer,” convicted of murdering two teenage Canadian girls in 2018.

Once again, CAP bet on total silence from government on the conviction of rape by way of the Somalian import. The Trudeau government do not condemn any aspects of Third World migration and  refugee intake, no matter how lurid.  This they reserve for Old Stock Canada–branding us racist and bigoted for simply inquiring about illegal refugees flocking to Canada from the United States.

Somalian immigrants are known world-wide for being unemployed and collecting welfare from the western nations they migrate to. In Switzerland, over 80% of Somalians are on welfare.  Quite the benefit for the host-nation, eh? Yet in Canada, Justin Trudeau behaves as if these people are worth their weight in gold. So much so, he placed one of them into one of the most powerful positions in government– the Minister of Immigration portfolio.

Prosecutor Jason Wuttunee noted Ibrahim and his cohorts continued their predatory behaviour even when the victim began pleading for them to stop, and take her home.” In a victim impact statement which she read in court on Monday, the woman said her life was “eternally altered” by Ibrahim’s actions.

Total trauma for a 16-year old Canadian girl.Trudeau and Hussen  ignore  the entire affair, and continue their tedious virtue-signalling regarding the wonders and benefit of importing uneducated and unemployed Africans to live off Canada’s generous welfare state. As for Canadian-born citizens who have paid taxes to government for decades, Trudeau says these folks are genocidal bigots and racists.

Welcome to the upside-down world of Liberal-Globalism in Canada. Trans-form truth into myth, and myth into truth. Brand Old Stock Canada with the racist-tag, while presenting unemployed Africans as the epitome of model citizenship within our borders–even when they are illegal refugees.

What a sham. This Trudeau must go.The globalist deceptions must cease. The only way for this to occur is voting out the menace Liberal government in October, 2019.

Justin Trudeau and Ahmed Hussen are counting on voter apathy among Old Stock Canada to win the upcoming federal election. In the meantime, busloads of Sikhs and Muslims will roll into voting stations after being pumped up by their multicultural leaders and IMAM’s.

This is Trudeau post-modern Canada in full effect.