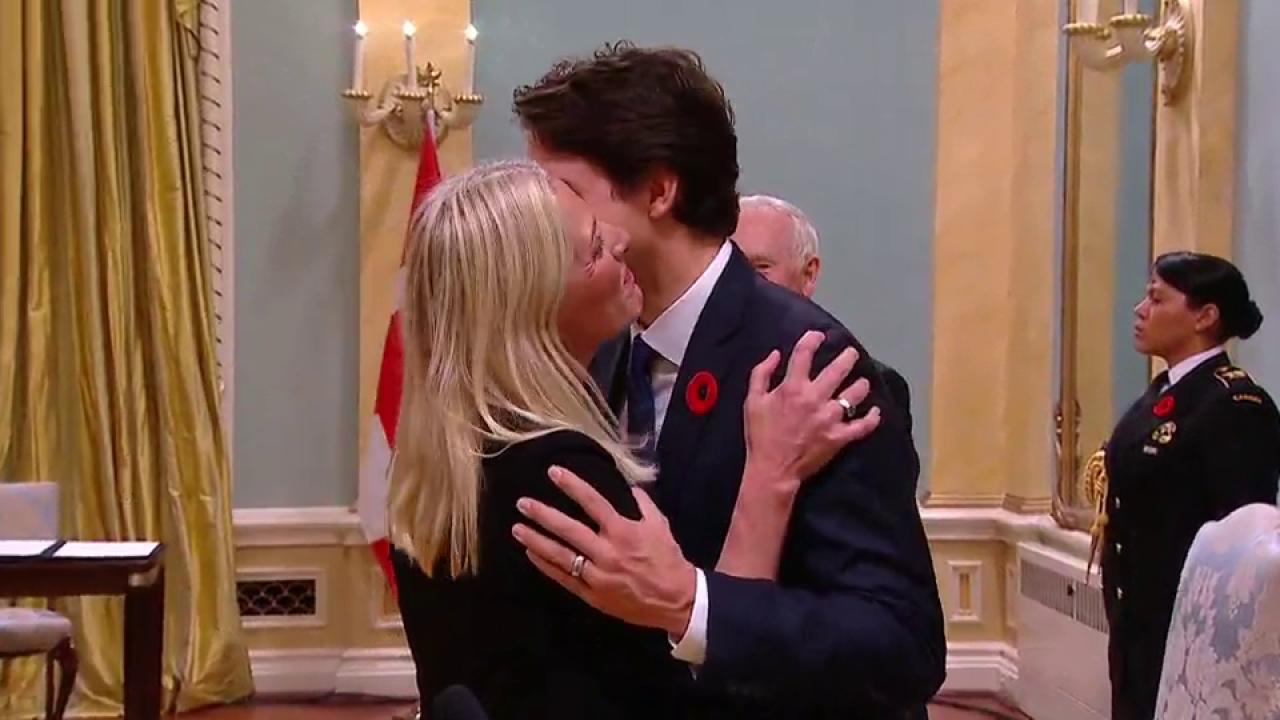 The era of a Justin Trudeau- led Canadian government is unprecedented in so very many ways. Of course, this is one reason why media constantly look back in desperation to find a precedent for our PM’s borderline-insanity decision making.

In the real world, Justin Trudeau is unique in so many respects– citizenship for terrorists, reciting Islamic prayers in Canadian mosques, tweeting to the world for tens of thousands of illegal so-called refugees to rush the Canadian border in anticipation of a steady stream tax-payer funded welfare checks. The more members of the illegal’s family, the more money they get.

Frankly, CAP could go on with these examples till the cows come home. For brevity’s sake, we select one specific anomaly– the degree to which Trudeau’s posse of Liberal MP’s are despised–and how they keep on getting re-elected time and time again.

We begin at the top– Environmental Minister, Liberal MP Catherine McKinnon. Truth is, we can’t even repeat some of the vitriol she has received from Canadian citizens. Suffice to say, it is grim stuff.

Yet, sure as snow on a Nunavut winter day, McKinnon wins her Ottawa Centre riding. What’s up with this? Frankly, the same thing that is up for dozens of Liberal MP’s–they are hated by the general public, yet time and again win their seats and return to parliament.

How “post-modern” is this? Quick answer– very much so. In fact, this is yet another aberration resulting from the most curious, odd-ball government in our nation’s history– the Liberal-Third World-Globalist Party of Canada. Leader, Justin Trudeau.

Who else is hated? Try MP’s Iqra Khalid, Maryam Monsef, Omar Alghabra and Ahmed Hussen.  Each of these Liberal ran in a GTA riding, and each one of them won their seat.

How strange–or is it? In fact, CAP do not really think this to be strange. There are definite reasons for this lock-down of these critically strategic Toronto-area ridings. These reasons do not appear on CBC News, or within pages of the Globe & Mail. They work for Justin Trudeau now, so this will never happen.

The bottom line reasons are the following: Immigration policy, the Charter of Rights and Freedoms, and the Multicultural Act of 1988. What do these have in common? Simple–they were all created by the father of our current prime minister– Pierre Trudeau.

Immigration policy means our current PM Justin Trudeau is able to flood the GTA with Third World voters–so much so that many of these ridings are, in fact, minority white. So says Ian Hanomansing of CBC ‘s The National–not!

CAP maintain that within 2019 Canada, the term “minority” is an absurdity. The singular purpose for its utilization is to connote a poor, suffering “minority” community. You know the ones– Sikh Canada and their Komagata Maru propaganda campaign(the ship leader’s were terrorists).

The other big sufferer is, of course, Islamic Canada. Here is an example of the terrible suffering being incurred at the hands of big, bad whitey:

Holy Crow–what a “multicultural” political powerhouse this is. Degree of media exposure of this scenario– ZERO, nothing at all. Yet, media sure love to position the Nation of Islam as the “poor and suffering” ones. Obviously, nothing could be further from the truth– the de facto standard for establishment media under the present Trudeau regime.

So, dozens of GTA ridings are today majority Third World ridings. Any patriot know of the Orwellian spin the multicult-mongers put on this one? CAP shall inform–they are “majority minority” communities.

So can you hear it, brothers and sisters! See how these globalists cling to the “minority” narrative no matter what? Of course they do–and of course Canadian media go along for the ride.

Please– within Old Stock Canada–– is there an MP who is despised more than  Iqra Khalid? How many pieces of hate mail has she received to date? 100,000– easily.  Winner, Mississauga-Erin Mills riding-–Ms. Iqra Khalid.

Same pattern for another sketchy half-citizen from the Third Word, Ahmed Hussen. Ditto, MP Omar Alghabra and MP Maryam Monsef. As for the latter, voters do not actually know which nation she came to Canada from. Obviously, they don’t care. Pourquoi? Because the majority of the voters also come from the Third World couldn’t give a damn.

The only thing they want to hear about is what these half-citizens will do for the “people”-– as in, Sikh, Muslim and other Third World people–the rest don’t matter in the least. To push things forward, the prime minister of Canada dresses up in “Bollywood Silk Outfits” and dances a jig around the Taj Mahal-– done deal– Gerald Butts was right about bringing along a globalist “tickle trunk” on the trip to India.

Yet, beneath the surface, there is something very serious occurring within Canadian society. Anglophone Canadians are being disempowered at a rapid rate, and Canadian media are BURYING the entire affair.

And what about that great silent issue which hangs over our people like a black cloud of smog in downtown Beijing–the future of demographic domination in Canada? CBC is “silent-as-the-lambs” in this regard–are they not? Notice how we never read articles of this nature–ever?

Logic time: If the white minority dynamic is vital to Canadian politics in 2019, what will it be like in 2039? Remember that CBC documentary exposing how Anglophone Canada is in the process of trans-sitioning to a minority community? Wow, was that ever enlightening, eh?

Not. No one in media speaks of this issue. It is a 100% voided subject. CAP can see why. After all, Justin Trudeau and his pit-bull refugee thug MP Ahmed Hussen have set immigration quotas at there highest level in over 100 years. Media say nothing.

Result? Riding after riding becomes Third World majority–and therefore a Third World MP wins every time– regardless of how they are perceived within general society.

Bingo–end game achieved. King Justin becomes the “Fidel Castro” of Canada. Media breathe not a word about it. The axis of power shifts away from “traditional” Canada and into the hands of the globalists and their Canadian diaspora communities.

Who set Canada up for this pending fate? Pierre Trudeau. Who is driving it to its inevitable conclusion? Justin Trudeau. Hello, Canadian media! Is this too “deep” a concept for Chantal Hebert and Andrew Coyne to comprehend?

Of course not–they are simply not permitted to write about topics of this nature. Communism 101, no? Of course it is.

When the hated win over and over and over-– a symptom of the downfall of democracy within the Trudeau Dynasty’s post-Anglophone Canada.

1 thought on “Trudeau’s Canada: Where The Most HATED MP’s In History Win Everytime”