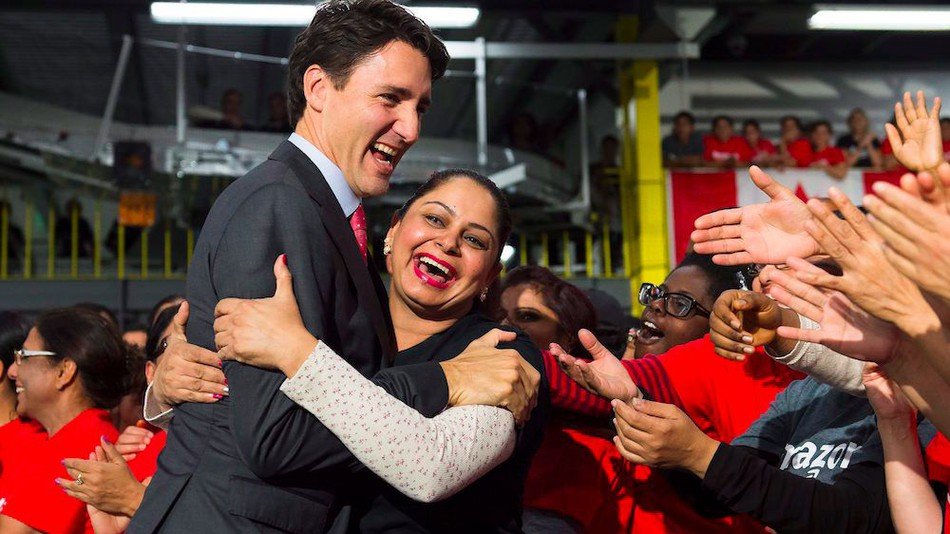 Late last year, Ontario auditor general Bonnie Lysyk raised a number of concerns about the province’s $10-billion-per-year welfare system. She noted that the province was owed $790 million in overpayments and wasn’t doing much to try to get them back.

Lysyk’s team found more than 500 profiles that raised red flags about their immigration status, including refugee claimants who had been getting paid long after they were supposed to have been deported. As of November, there were 1,110 individuals or families listed in the welfare system as refugee claimants for more than five years.

Sunny, sunny ways. Within Justin Trudeau’s Canada, failed refugee claimants and those scheduled to be deported are paid in full, while long term Canadian citizens foot the bill.

Why? For two main reasons. One, those who benefit and manage to remain in Canada will more than likely vote Liberal for life. This makes, sense, as Trudeau’s goal is to remain dictator for life.

Secondly, one of the goals of the Trudeau regime is to transition Anglophone and Christian Canadians to minority communities. Therefore, every Third World import to Canada is a valuable commodity to Justin Trudeau.

As far as accusations go, the original source article focuses specifically on the province of Ontario. There is nothing to suggest this “irregular” activity is limited to Canada’s largest province. In our present-day politically correct climate, there is little doubt this situation is replicated in every province. Consider the amount of illegals entering Canada by way Roxham Road, which delivers the illegals into the province of Quebec.

Ontario alone is owed $800 million in payments. Will the pay-back come from the Trudeau government? Highly unlikely. Yet, Trudeau gives well over $800 million to Middle Eastern governments every year.

The Trudeau government are indeed a “post-modern” government. They have gone past the desire to improve the lives of Canadian-born citizens. That’s all so “2014.”

The people who matter to PM Trudeau are decidedly non-Canadian: new arrivals from the Third World, refugee claimants, convicted terrorists, and those claiming to be refugees when they are nothing of the sort.