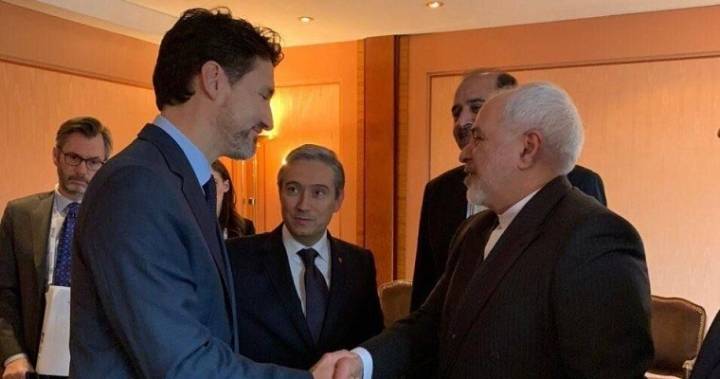 “Relatives of those killed when Iran’s military shot down Flight PS752 in January 2020 say Canada has become a safe haven for regime officials.”

In truth, all Canadians should know by now know that PM Trudeau is transitioning Canada an Islam-friendly non-democratic society. Most do not– for good reason. Canadian media are being paid to sublimate our country’s transition to everything Klaus Schwab’s World Economic Forum want it to be.

This Trudeau character is a devious fellow. It would be one thing if the Feds came out and laid it on the line: Islam is the future of Canada, and “Old Stock” Canucks best get used to it.

“Canada has become a safe haven for the criminals of the Islamic Republic of Iran,” Hamed Esmaeilion testified this week to the House Justice committee.

How amazing is that? Do tell– how it can be that on this basis, polls show Trudeau is a contender for a fourth consecutive term as prime minister?

CAP Response: because it can be. Unbeknownst to Canadians, our prime minister is working an agenda of social and political transformation against the will of the public.

That’s not democracy. However democratic governance can be described, it’s fully removed from the brand of politics practised by members of the Trudeau family of Quebec.

Theirs is a serious form of mental aberration— the kind that fools megalomaniacs into believing they have a right to overrule the desire of 38 million Canadians.

CAP will lay it on the line: we believe that mental illness runs through the family and so-called offspring of Pierre and Margaret Trudeau.

“Esmaeilion leads a group representing grieving families, many of whom are aware of numerous people who have worked for the regime, or are related to senior officials, moving freely in Canada.”

“This is a big concern for Iranian people,” he said.

And not a concern for the larger Canadian population? Typical ethno-centricism it is. Do you believe that citizens of European heritage are  unconcerned with our government’s integration of Islam and Iran into our society?

How typical of legacy media in Canada. Don’t you know? It’s always “worse for them.” The suffering is greater, prejudice more pronounced, complaints more effective.

“That has coincided with the 1,000-day anniversary of the downing of Flight PS752 near Tehran, which killed 176 people, most of whom were headed through Ukraine to Canada.”

“No one has been held accountable.”

Nor has media focused on PM Trudeau’s behaviour subsequent to the deaths of the Iranians.

After the government of Iran shot down a plane with 57 Iranian-Canadian passport holders, PM Trudeau was seen playing footsie with their theocratic government.

In the photo, Trudeau is seen meeting the Iranian politician. He appears to be bowing toward him when they meet. Analyzing his body language, the encounter is wholly deferential, implying subordination to the religious fundamentalist.

“Look, I get that leaders sometimes have to shake hands with unsavoury people. But Iran just killed 63 Canadians. Maybe the PM could’ve avoided this particular photo op.”

He didn’t. It’s far from a one-time event. Why is that our PM never stops bending at the knee to non-democratic and fundamentalists governments? Does he know something that 38 million citizens do not?

Absolutely, say CAP. For one thing, he knows that Islam may well be the future of Canada, and he is damn excited about it. We pick up on immigration trends.

As a specious observation, the ball rolls like this:

First came Hong Kong. Then came China. The influx of the migrants was founded on the politics of ex-Liberal PM Pierre Trudeau. As decades passed, the number one contender transitioned to India. In 2011, 26% of migrants to our country are sourced from the country NDP leader Jagmeet Singh is banned from entering.

All in preparation for the forthcoming giant wave of migrants from Middle Eastern countries. China, India, Iran. Three strikes and you’re out?

It could well be. That is, in terms of preservation of individual freedoms and democratic rule. Justin Trudeau has no interest in such things. He prefers to do things the communist way, forcing Canadians to accept what they did not vote for.

Is this the unspoken future of Canada? Are Trudeau and his woke Liberal warriors using mainstream media to obfuscate the destiny of Canadian society?

Could well be. Our prime minister’s deferential behaviour toward fundamentalist religion of the Middle East is perhaps our greatest indication of the unspoken future of Canada.