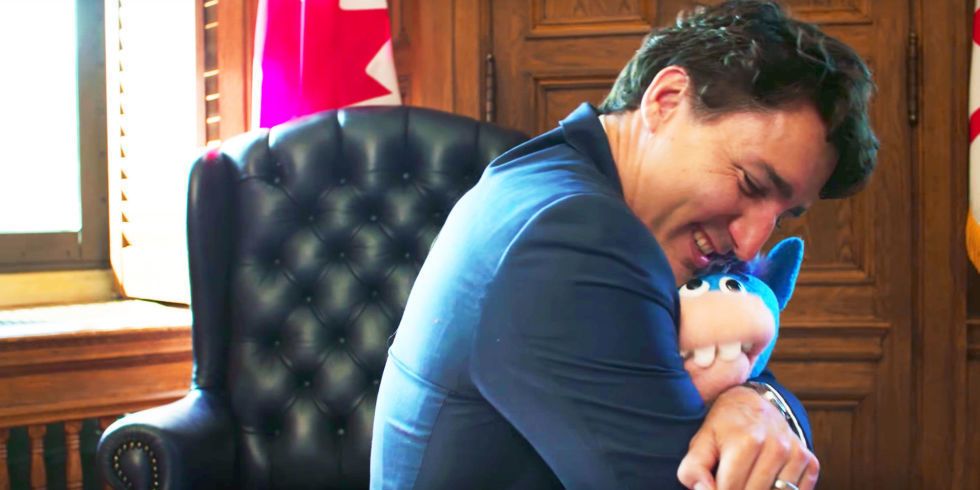 Concerned Canadians have sounded an alarm over a dial-in Euthanasia phone option available in their country. An online video surfaced showing how when one dials the province’s 811 Healthlink, selecting #5  on the phone line takes the caller to an Assisted Dying option.

“It does not make sense to greet people with a message that could potentially imply that suicide is an option,” Saskatchewan’s Minister of Mental Health Everett Hindley is quoted as saying to the CBC.

Why then permit such a thing in the first place? Oh, CAP almost forgot: because Prime Minister Justin Trudeau has– without public input or approval– transitioned Canada to the Euthanasia capital of the world.

Entirely devoid of democratic process, Trudeau pulled a fast-one on the people of Canada. As exposed by PPC Party leader Maxime Bernier, who offers his thoughts on the development:

“That is telling me that we were right to raise this issue publicly and denounce it. Soon after we did, the provincial minister of mental health directed the Saskatchewan Health Authority to remove the MAiD option from the health line,” said Bernier.

A valid point it is. Largely because mainstream media in Canada wouldn’t touch this with an 88 ft. pole. The same applies to the Liberal government’s policies on life, death and sexual sterilization.

Euthanasia. Abortion. Transgenderism. For PM Trudeau, these are fundamental tenets of social policy in Canada. Vote for us, and we will erode the demography of the Canadian-born through abortion policy. Place your ballot with the Liberals, and they will minimize the existence of elderly “Old Stock” Canadians.

Liberal snowflakes are buying into what is surely a replication of life-and-death policies instituted by fascists governments of the 20th century. Upon which PM Trudeau blessed Canadian society with an implementation of “Sunny Ways.”

It’s all so absurd. But that’s what Justin Trudeau was hired for. To transform a healthy democracy into a authoritarian regime rooted in faux-progressive Liberal “values.”

What a sham it is.

Mr. Bernier noted that he is “afraid for Canadians in vulnerable situations due to issues in healthcare in Canada.”

And who, pray-tell, are the vulnerable within Canadian society? The Liberals say it’s our suffering, oppressed communities: Sikhs, Muslims, Homosexuals and Transsexuals.

CAP disagree, countering that in reality, the vulnerable in our country are Canadians of European origin. This is the community headed for minority status. A half million migrants imported each year attests to this reality.

Also, unlike Muslims, Sikhs, Chinese and other migrant communities, Anglophones are disliked by the Trudeau government. Vilified by political leaders like Trudeau and New Democratic Party(NDP) Party leader Jagmeet Singh, white Canadians are being corralled by government into a political pigpen.

Media say nothing. They are being paid by the Liberals to obscure our eventual free-fall to the basement of society. The Feds life-and-death “social policies” are helping to pave the way.

Alex Schadenberg of the Euthanasia Prevention Coalition recently noted how assisted-suicide deaths in Canada have jumped 32 percent from last year.

In Comrade Trudeau’s Canada, this and two loonies will get you a cup of Tim Horton’s coffee. Legacy media fail to articulate a fundamental of Liberal policy:

China does the very same as the Trudeau government. Did you know? Very few nations on our planet offer abortion at full-term. The ones that do include China, North Korea, Singapore and Canada.

A warm feeling fills the minds of the public. Are you saying that Canada is in the same league as the North Korean dictatorship? Does this mean that our country is on par with communist China— a nation of 1.3 billion citizens?

That’s exactly what we are saying. We also claim that the innovator of the abortion debacle– one in which 80,000-90,000 fetuses are destroyed each year— is ex-Liberal PM Pierre Trudeau. Some forty years later, Justin Trudeau comes along and applies the policy to Canada’s elderly– 90% of which are Canadian-born.

This is the real Canada as controlled by our communist aberration of a prime minister, Justin Trudeau. Media dance around the issues, or more often, do not report on them at all. Is Canada being demographically manipulated by our government?

On Wednesday, Sept. 21, 2022, at the 77th session of the United Nations General Assembly, Justin Trudeau voiced his wholehearted support of abortion access for all Canadians.

An automaton speaks. Full-on, perpetual support for abortion in Canada. Coupled with the largest immigration quota– 451,000 for 2024– of all-time.

This fellow patriots, is the true Canada. A Trudeau Canada. In 2022, we are functioning as a demographic plaything for big-boy Justin. Rooted in China’s communist approach to citizen conformity, the Liberals continue to march Canadians along a path to authoritarian state status.

For as long as he remains prime minister, Justin Trudeau will continue to do so.