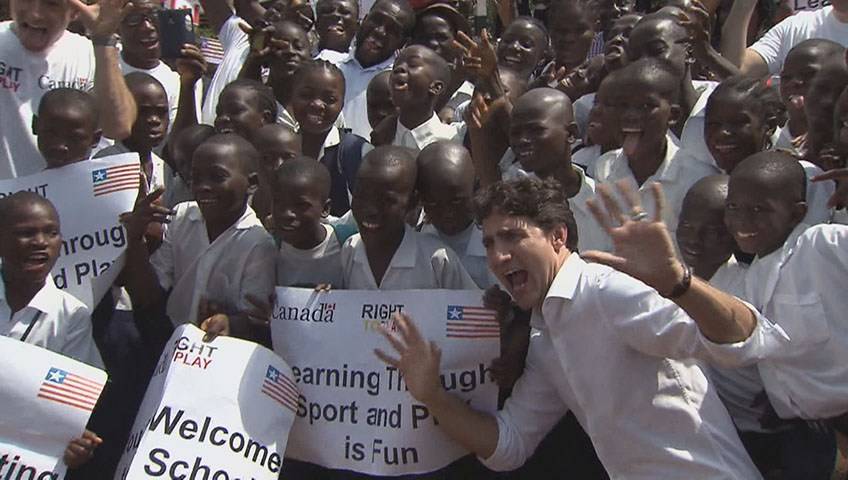 Since the day ex-Liberal PM Pierre Trudeau took control of Canadian society in the late 1960’s, the issue of culture is the most impactful–yet least discussed– aspect of society.

In 1971, Pierre Trudeau forced multiculturalism upon Canada. It was with just about zero fanfare that this fundamental transformation occurred.

No media organization dwelled on it, questioned the program, or critiqued this “prototype” piece of globalism in any capacity. Yet, a small segment of folks–including myself at age 16– had the impression that one day this policy would turn Canada “upside down.”

Then, over time it occurred. It was in the year 2015, at the time Justin Trudeau seized control of our nation, that our PM began to intentionally marginalize one community– the citizens of Anglophone Canada.

Truly, if CBC, CTV, Globe & Mail and the rest  were not employed to obfuscate the attack, Canadians of European heritage would have recognized Justin’s nefarious agenda.

What “crime” has the current PM of Canada committed? Here it is:

PM Trudeau has pitted “community against community” within Canadian society. This is no random occurrence–a very specific goal  has been achieved as a result.

To win this covert war, Trudeau has a stash of weaponry of giant proportions:

For CAP, Justin Trudeau top man in the battle is GTA Liberal MP Ahmed Hussen. It was this half-Somalian citizen who established the highest immigration quotas in history. Throughout this time period, Mr. Hussen spent copious amounts of energy branding Anglophones as racists.

What was Hussen’s “final act” as immigration minister?  It was the Liberal government’s Rural Immigration Pilot Program.

According to 3rd World supremacist, MP Hussen,  Canada must import the 3rd World because Old Stock Canadians are dying off rapidly. Of course, no one–not government, media or academia has ever pointed out that a succession of government bodies had at least four decades to stimulate birth-rates when Canada was made up of 95% European-derived citizens.

Instead, they waited until it was too late, and began to resolve the issue by transforming immigration to Canada from 95% European( pre-Pierre Trudeau), to 95%  3rd World, Sikh, Chinese and Muslim.

Media sit in silence. Never once have ideas of this nature been expressed by the Liberal-infused media moguls of Canada.

Transition to 2020,  and witness as our people– Anglophones, European-Canadians, Christians and the like are thoroughly dominated by non- Anglo-European forces.

Take our current immigration minister, Francois Philippe Champagne. Did you know? This oily Laurentian Mountain elitist owns two posh properties in London, England. His mortgages are currently held by the Bank of China.

Justin Trudeau’s transition from Hussen to Champagne is 100% meaningless. Pourquoi? Because whomever is assigned this role, they must follow orders: work to decimate English Canada through mass, unnecessary 3rd World migration. It matters not whether the Minister is from Somalia or Quebec–the agenda remains identical in nature.

Degree of exposure from CBC? Nothing. Turns out that mainstream media in Canada are holistically partnered with the 3rd World/Quebec Liberal cabal. Together, these forces are transitioning our people into a designated “demon” community–those responsible for all hardship experienced by non-white citizens.

It was early in Trudeau’s tenure that an additional clamp around Anglo-Canadians was instituted– half-Pakistani citizen, Liberal MP Iqra Khalid’s M103 government motion.

What a curiousity this government agenda is– if one looks beyond Liberal-pandering Toronto Star’s non-analysis of the motion. Created by MP Khalid along with National Council of Canadian Muslims, M103 has been positioned as a “remedy” to racism in Canada.

Just one tiny tidbit has been omitted by media– the motion only explicitly mentions a single religious community in Canada– Khalid’s personal faith, Islam.

Multicultural equality as espoused by Africa’s Hussen? Not a frackin’ chance. What truly transpired is a measure to hold over any Canadians head that deviates from political correctness, and criticizes Khalid’s personal faith.

Control is the name of the game. Any other Liberal political players worth a mention? How about Liberal Finance Minister, MP Bill Morneau. Yet another uber-rich Laurentian high roller, Morneau has saddled Canada with the most extreme deficits in Canadian history.

For CAP, he has done this for the purpose of an eventual economic collapse within our nation. This is to serve as a stimulant– at the right moment–for a total transformation of society. Our guess is the transition involves the morphing of Canada from democracy to dictatorship.

But you know how these forces really damaged us? By creating a nation where distinct cultural identities exist for some, and not for others. Think about it, fellow patriots– Quebec is a “distinct” society. As it happens, so is Sikh-Canada. Add to this Chinese-Canada, and Islamic Canada. Ditto for LGBT Canada.

English Canada? Guess what–we have no culture, no identity, no heritage. That is, according to those want us to  “suffer the slings and arrows” of being transitioned to Canada’s vilified community.

For CAP, the king of this is, of course, Quebecois Justin Trudeau. Yet no one– not a historical political figure, nor a current politician– can hold a handle to the animosity MP Ahmed Hussen feels toward our people–and he is working diligently to damage us as we speak.

So how does it feel, Anglophone Canada, to have been successfully corralled into a cattle call branding our entire community racist, bigoted and xenophobic?

Not too good, eh? Well, you can thank some very specific social and political figures for this one:

What is the true definition of  Trudeau’s “no core identity” Canada? Seems obvious that it is a veritable “War Of The Worlds”— 3rd World and Quebecois Canada against English Canada and its Anglophone/European- derived citizenship.

CAP stated from day one that Justin Trudeau is a destroyer positioned as “saviour of the down-trodden” — a stone-cold deceptive lie if there ever was one.