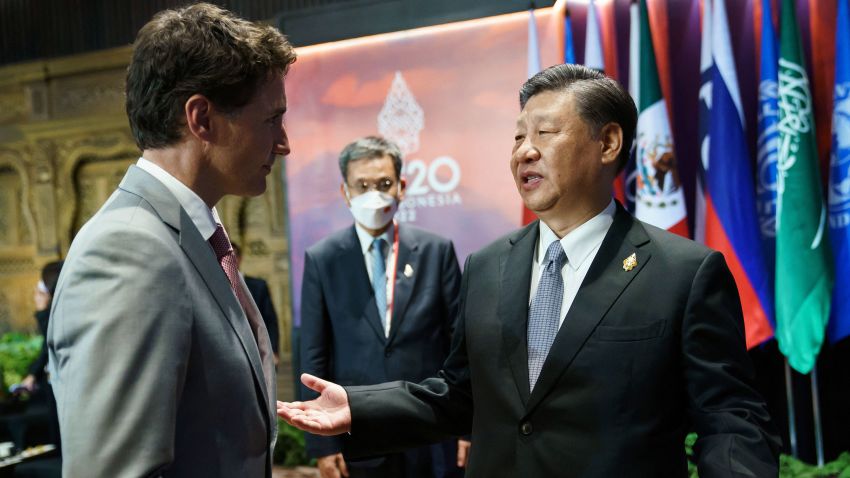 “We were well on our way to fulfilling Justin Trudeau’s dream of integrating the Canadian and Chinese economies when Xi Jinping began to show his fangs.”

What a difference a media headline makes. CAP wonder how Canadians would react if a mainstream media outlet chose the following as a front-page headline:

Could such a move change the perspective of millions of Canadians on the politics of PM Justin Trudeau? CAP believe it would. We also believe that in terms of government decision-making, nothing would change at all. Our Liberal government being so much like the Chinese government since Mr. Trudeau seized control of our society.

While Terry Glavin and John Ivison have done a good turn here, Justin Trudeau’s long-term goal is omitted. For reasons obscured by media, the Liberal Party of Canada is integrally tied to communist China.

Turns out the Glavin-Ivison claim has legs– not that this development was exposed by our media. Of course, it speaks volumes.

Has Justin Trudeau been gunning for a European Union-like integration between Canada and his family’s beloved China?

“In September, 2016, Mr. Trudeau travelled to China. Weeks later, Chinese Premier Li Keqiang visited Canada. They agreed to open a new chapter in the Canada-China strategic partnership, including vigorous measures to expand trade, alongside plans to bring the two countries together on agriculture, energy, counterterrorism and military exercises.”

“The list of agreements runs to 29, including a pledge to begin talks for a free-trade agreement.”

It failed. And along with it, the most unbalanced, biased potential free trade agreement in our history. Common sense Canadians can guess which party was to receive all benefit. Hint: it wasn’t Canada.

Why is Justin Trudeau China’s best boyfriend? The PM’s very first foreign policy foray was an attempt at integrating Canada and China’s economies.

How fitting it is. Some 50-years ago, ex-Liberal PM Pierre Trudeau opened the doors to China’s penetration of Canadian society. A half-century later, we experience the result:

We witness the logical progression from Pierre Trudeau to Justin Trudeau. That is, for those who read CAP media output. CBC, CTV, Globe & Mail, Toronto Star— forget about it.

It will be a cold day in Haiti when legacy in media put together the high-level picture for Canadians to comprehend. For the past  five decades, the press in Canada has functioned as a Liberal Party protectionist organization.

Look it up for yourself. Pierre Trudeau, Paul Martin, Jean Chretien, and, of course, Justin Trudeau. Do a web search on these politicians together with the word “China.” Add a bit of elbow-grease, and see what establishment media do not want 38 million Canadians to understand.

As Cultural Action Party rant about incessantly, Justin Trudeau “woke revolution” is being rolled out in an incremental fashion. Step-by-step seduction of our citizenship being the chosen methodology. Upon which we arrive at a nefarious scenario:

In China, it was Chairman Mao Tse Tung’s Communist Revolution of 1956. In Canada, it is Justin Trudeau’s Woke Revolution, unfurled in 2015.

Can it be that in some fashion, these two experiences are fundamentally connected?