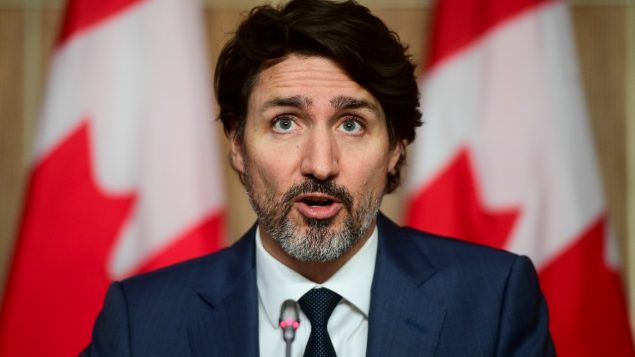 For Cultural Action Party, the writing is on the wall in terms of our nation’s eventual transition into a communist country. How unfortunate it is that the writing has not–and never will— come down from the wall to be part of the messaging of Canadian media.

Indeed, it’s all part of the game. Piece-by-piece, in incremental fashion, the principles of democracy are being systemically eroded against the will of the public.

The most recent example is the Liberal government’s Bill C-10. A policy of  censorship unique to Canada, Prime Minister Justin Trudeau is attempting to replicate internet censorship found within communist societies.

Once accomplished, PM Trudeau will arrived at an ideal drawn from a nation he so admires– China, where government control all media output. Mainstream, social media, alternate media–you name it, and Big Brother Justin will control it.

Examples of Canada’s morphing into the preferred nation of the Trudeau family are not difficult to come by. The Covid pandemic is a monster in this regard. The result  is one tiny step short of a national lock-down. Every move made by our citizenship is today dictated by government– a blatant replication of communist societies if there ever was one.

Here’s another winner– no public gatherings. How convenient this is. Just think, if you were in charge of converting Canada into a dictatorship, wouldn’t it be grand if you could make public protest illegal? The exact outcome of the pandemic, is it not?

In this regard, have any other patriots noticed that over the five-plus years Justin Trudeau has been prime minister, our Anglophone communities have been walking the plank toward vilification status?

According to the Liberals–as well as multicultural leaders and our university system– “Old Stock” Canadians are hateful bigots. Our entire social infrastructure is systemically racist. White Canadians are homophobic and xenophobic.

Try this simple test– think back on the state of society before Justin Trudeau came along. If you are older, think of the state of our nation before Pierre Trudeau became prime minister in 1968.

In this land-of-the-lost, one discovers a Canada that did not hate itself. Why would we do so, when no one instructed us to revile our nation. Government did not hate Canada, media did not despise our history, and academia were not throwing our heritage into a trash bin.

So what changed? Where did the phenomenon of ubiquitous national self-loathing come from?  This is a complex question, but a few indications tell us a lot.

For one thing, the agenda cannot be organic in nature. It must therefore emanate from some form of pre-conceived plan. This is where Cultural Action Party get to the heart of the matter.

This pre-ordained plan is today manifest in the Great Reset agenda. Politicians and pundits can interpret this term in any way they like, but a program for social change it remains.

What lies at the core of the change is open to interpretation. Here is CAP’s theory:

Canada is being systemically transitioned away from a free and democratic country. In its stead we will be living in a pseudo-communist nation. The “pseudo” component simply means that the general public have not yet become aware of the fact.

One day, we will– when the transition has gotten to the point where it cannot be reversed. Is Justin Trudeau cognizant of this pre-destined plan?  CAP say yes– for certain.

In fact, our pending neo-communist society is the fulfillment of Trudeau’s wildest dreams. Our PM is 100% in the loop on the true destiny of what he branded “post–modern” Canada upon election in 2015.

Now for the sad part–he is going to succeed.

3 thoughts on “Will The Trudeau-Virus Transition Canada Into A Communist Nation?”