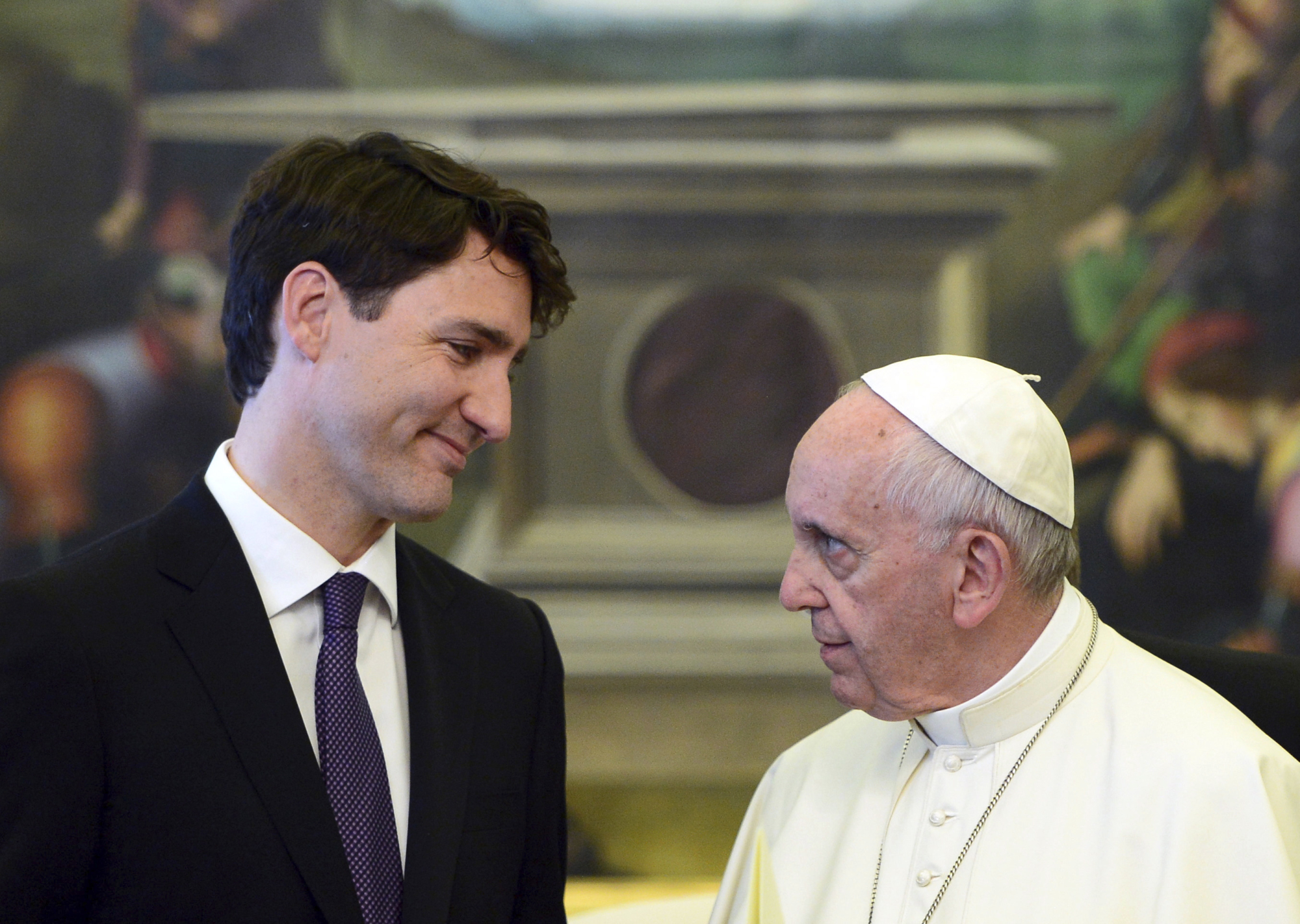 In present-day Canadian society, the sub-text of federal government policy is often more relevant than the presumed intention. The term for this is “subterfuge.”

For example, the theory that the Covid pandemic is an instrument to establish authoritarian control within democratic nations. In such a case, a substitution exists for the true agenda, which would be rejected by the public should they attain comprehension.

Such circumstances can be applied to Prime Minister Justin Trudeau’s anti-racism campaigns of 2021-2022. Beneath the surface is found a common thread: an erasure of Christianity from society.

A set-up for the social dynamic is found in a discovery of unmarked graves of Indigenous children in 2021. The subtext being “Christianity is racist”— and the Catholic church is responsible. The fact that a succession of federal governments– Liberals in particular– held jurisdiction over these schools became lost in translation. Government and media steered their narratives away from this component.

What remained became entrenched within the Canadian psyche–the Christian faith is racist. It is far from the only example. In fact, Trudeau and the Liberals have been chipping away at the foundation of Christianity for the past six-plus years.

Not that it began when Justin Trudeau seized control of society. Government has been chiseling away at the bedrock of Christianity ever since Pierre Trudeau became prime minister in 1968.

An article published this week in the National Post brings us up to speed:

“The panel’s chaplaincy recommendations are a total assault not only on religious liberty, but the very idea of religion itself” says Father Raymond J. de Souza.

This week, the minister of national defence released a report of the Minister’s Advisory Panel on systemic racism.

“The panel set up by the government of Prime Minister Justin Trudeau was given the clear mandate to seek out the policies, processes and practices that enable systemic racism and discrimination in the Department of National Defence (DND) and CAF.”

The goal: to root out racism in the military. The tactic: to remove all vestiges of Christianity from the military. To be fair, the mandate is not focused exclusively on the Christian faith. Yet, considering religious favouritism as employed by PM Trudeau, we bet our bottom dollar that Christianity is the number one target.

At the risk of being considered jaded, Cultural Action Party offer a theory: now we see why Trudeau appointed Liberal MP Anita Anand as Minister of Defence. The Liberal government goal was not to select the most qualified individual– which MP Anand most obviously is not. Rather, the objective was to integrate Woke Liberal ideology into another of Canada’s leading institutions.

Ideology over practicality being the calling card of Justin Trudeau. The process has been completed within government, media and education. The time has arrived to institutionalize anti-racism, and therefore anti-Christianity, into another fundamental institution– the Canadian military.

“More and more Canadians will have no interest in joining until the military fixes its long-standing, interconnected issues of racism, abuse of power, gender discrimination and sexual misconduct.“

“Racism in Canada is not a glitch in the system; it is the system,” reads the report by the Minister of National Defence’s Advisory Panel on Systemic Racism and Discrimination.

Do readers recognize a consistent theme? The Trudeau government are using racism to transform society. Back we go to the fine art of subterfuge. In the name of racism, government can move mountains. Or at the least, transition Canada to a post-modern society without our citizenship battling back to prevent it.

In pragmatic terms, astute Canadians can anticipate how government’s religious whitewashing will play out. We must keep in mind a fundamental fact: PM Justin Trudeau favours the Islamic faith over Christianity. How many common sense Canadians believe Islam will be tossed out of the military?

Can you imagine the push-back? “Racism at its most extreme” is the resulting narrative. As it occurred regarding Bill 21, the religious symbol banning in Quebec which applying to all religious faiths equally.

“All forms of systemic racism and discrimination, including anti-Indigenous and anti-Black racism, LGBTQ2+ prejudice, gender bias, right-wing extremism and white supremacy are exhibited within the CAF.”

What’s the unspoken message in this proclamation? Which segment of society is responsible for all the hate? The answer is you-know-who. Justin Trudeau wants Christianity gone. Or perhaps, the impetus falls to outside global forces who control his every move.

A National Post article lays out the future of religion in Canada:

“Christianity is in sharp decline. The decline is even more precarious for Canada’s United and Anglican churches.”

Of course, it is not “some religions”– it is the Christian religion. Sikhism, Hinduism and Islam are in serious growth mode within our country.

The report notes that “some churches’ exclusion of women from their priesthoods violates principles of equality and social justice, as do sexist notions embedded in their religious dogmas.”  Racism, Sexism, Gender: the primary woke weapons for a comprehensive transformation of society.

The preamble to the Canadian Charter of Rights and Freedoms states:

“Whereas Canada is founded upon principles that recognize the supremacy of God and the rule of law.”

The meaning of “Supremacy of God” becomes increasingly nebulous within an expanding multicultural society. In fact– as established by Pierre Trudeau— one of the Charter’s provisions actually undermines the “Supremacy of God” declaration:

“This Charter shall be interpreted in a manner consistent with the preservation and enhancement of the multicultural heritage of Canadians.”

Could it be that Pierre Trudeau anticipated the outcome? The long-term impact being the demise of God, and its replacement with the secular worship of Multiculturalism. Besides, God is interpreted in a variety of ways. For Christians, it’s the God of the New Testament. For Muslims, it is Allah.

On this basis, it will be open season on the meaning of God over the coming decades. Likely it is that whoever controls society will also be in control of the interpretation of the term “God.” Wonder who that will be.