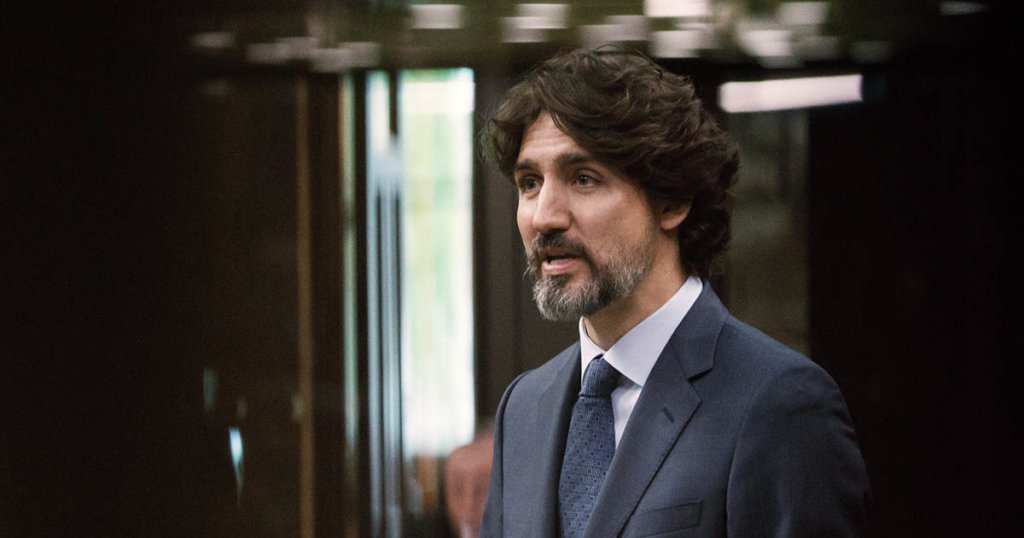 On December 28th, 2020, Mr. Oliver had an article published in the Toronto Sun entitle “Trudeau’s undermining of democratic traditions advances a socialist agenda.”

Talk about a direct hit. Here is an excerpt:

“His[Trudeau’s] objectives aren’t that malign and Canadian democracy would not permit an unconstitutional power grab. However, he did his best to avoid parliamentary accountability to an extent almost unprecedented in Canadian history.”

While CAP diverge from Oliver’s “power-grab” hypothesis, we do agree that PM Trudeau has taken advantage of all opportunities to avoid political accountability. This we refer to as “not giving a damn about democracy.”

Mr. Oliver continues: “This does not detract from how seriously he breached the norms of responsible government and the Westminster tradition, dating back to the first Canadian provinces in 1848.”

Impressive, really. For the past five years Cultural Action Party has gone on about an erosion of the exposure of Canadian history. Plainly stated, Justin Trudeau only speaks of Canadian history within a single context–when it’s time to run down our nation for historical racism. The rest of the time, our PM wouldn’t know Sir Wilfred Laurier from Lake Ontario.

Such are issues rarely alluded to by Mr. Trudeau within his “post-modern” society. History is irrelevant, –and except for father–past prime minister’s do not exist. In fact, not one element of pride in Canadian heritage ever emanates from the political rhetoric of Justin Trudeau.

CAP has always found this curious as heck–yet ironically, CBC and establishment media have never had a problem with it. Is pride in one’s nation really anathema to 38 million Canadian citizens? Why is this “off-limits” within 2020 society?

More from Mr. Oliver: “Trudeau’s recent behaviour is not an aberration precipitated by the [Covid]crisis. Rather, it follows a pattern that started early in his government. Underpinning it is the special appeal left-wing autocrats hold for him, bequeathed by his father.”

Interesting. Another example of a relevant issue perpetually eschewed by mainstream media– any form of political synergy between father-and-son Trudeau.

In truth, the examples are endless– most of them rooted in admiration for non-democratic governance:

“Justin Trudeau expressed admiration for the basic dictatorship of China. He seems to have difficulty weaning himself off the emotional attachment. Trudeau also eulogized Fidel Castro for his ‘tremendous dedication and love for the Cuban people who had a deep and lasting affection for ‘el Comandante’”, in spite of Castro’s disgraceful history of human rights abuses and political oppression.”

CAP Interpretation: Justin Trudeau admires dictatorships. So did Pierre Trudeau. Seeing as Canada is on an historical basis a democratic nation,  why has our media approached this is such a benign fashion? Shouldn’t the Trudeau family’s divergence from democracy be front-and-centre so that voters can weigh all relevant factors?

Sound like an adherence to democratic principles to you? It sure isn’t, for one good reason. In CAP’s opinion, Justin Trudeau doesn’t give a fig about democracy. What he and his backers care about is singular–  long-term maintenance of political power. Just like the form of leadership found in nations like Cuba and China.

Are common sense Canadians to believe our so-called erudite leading journalists are incapable of picking up the pieces to create an accurate profile of father-and-son Trudeau?

“This outrageous manoeuvre would have violated a fundamental democratic principle – no taxation without representation – had it not been withdrawn due to fierce opposition.

“Still, his government will operate without a budget for two years during the biggest spending spree in Canadian history, resulting in nearly a $400 billion deficit and federal debt of over one trillion dollars.”

Simply stated,  Joe Oliver hates Justin Trudeau with a passion. What Canadian with any sense can blame him?  Due to his lofty status, he cannot come about and lay this on the line–but CAP can do so.  Mr. Oliver has written at least half a dozen articles between 2015-2020 which pulverize both the decision-making and the character of Canada’s 23rd prime minister.

In this, CAP are with him all the way. If it was not for media complicity and obfuscation, 90% of Canadians would perceive our current prime minister in the exact same manner as former federal Finance Minister Joe Oliver.