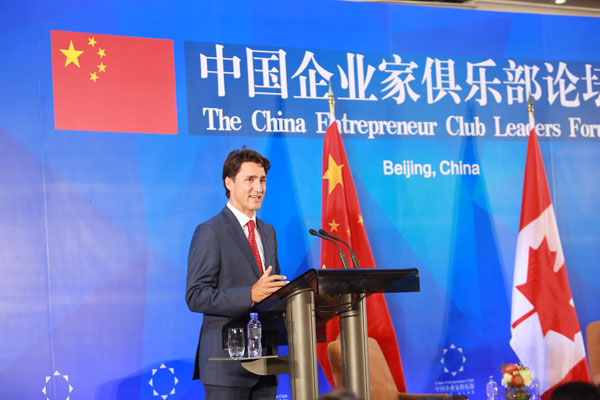 “In Canada, the Chinese Communist Party focuses on working within the system to corrupt it, compromising officials, elected officials and individuals at all levels of government.”

So states China-focused Canadian journalist Terry Glavin. After coddling the communist nation for more than 50-years, the Liberal Party of Canada appear to be on the cusp of a change in foreign policy.

Canadians would do well to eschew the idea that our Liberal Government will pull a major about-face on relations with China. All that matters to them are the optics. How it appears, and most of all, how they can scramble out of their latest political scandal.

From what CAP ascertain, the true motive for the Liberal’s superficial transition comes in the form of pressure from the United States government. Likely it is that if external pressure didn’t arrive, little if anything would change.

A speech was delivered earlier this year by U.S. Secretary of State Antony Blinken,  advocating a path in working with China:

“It involves limiting trade with China in a pair of areas: cutting-edge technology and vital goods where Chinese state-backed companies are pursuing a global monopoly.”

As previously reported, the Liberals have maintained a relationship with the Chinese government for decades. Upon ascension to the Canadian throne in 2015, Justin Trudeau went to work on a wickedly China-centric free trade agreement. Fortunately for our national sovereignty, he failed.

Not that it prevented behaviour such as this:

As reported by the National Post in July 2020, Canada’s Liberal government “awarded a Chinese Communist Government controlled company with a contract to supply security equipment for 170 Canadian embassies.”

It shouldn’t take the brain of Dr. Stephen Hawking to deduce the ramifications. Suddenly, China’s government was to have an inside connection to security data at 170 Canadian embassies around the world.

What a gift Justin Trudeau approved for his family’s “preferred nation.” Mainstream media wrote about it, but never dug deep into its political symbolism: the Liberals had just handed China the gift of a lifetime.

Chalk one up for China. Why is it that whenever a Trudeau-family member becomes national leader, foreign policy transitions to one ubiquitously dedicated to the Chinese government?

BEIJING, Jan. 13, 2021 (Xinhua) — The central banks of China and Canada have renewed a bilateral currency swap agreement, the People’s Bank of China has announced.

Blimey– turns out the Liberals and China are thick-as-thieves. Based on these facts, how can one claim a protection of national sovereignty exists by way of our federal government?

We can’t. “Don’t believe the hype,” say Cultural Action Party. Superficial optics are a modus operandi for our Federal government. They don’t want what’s best for Canadians–they want that which will keep them in power forever. As in, a replica of Chinese governance in Canada.

Motivation for Trudeau’s ersatz policy realignment is found in a recent report stating that China manipulated Member of Parliament elections in eleven Canadian ridings. In total, Canada has 338 seats in the House.

“For several months, the Trudeau government has been  sitting on briefing notes from the Canadian Security Intelligence Service(CSIS) setting out how Beijing quietly funded 11 candidates in the 2019 federal election.

“The effort went on to place operatives in the offices of several members of Parliament.”

What action did the Liberals take to circumvent China’s influence in the election? Try nothing at all. And why would they? Eleven extra seats could potentially push the competing Conservative Party out of leadership contention.

In other words, Trudeau did nothing. Add this to a development which recently caught the attention of the Canadian public.

“No one at the three known addresses in Toronto said they knew about the existence of the “services stations”. The travel agent rents space within two units occupied by the Canada Toronto Fuqing Business Association, which has denied any knowledge of the police stations.”

What a shock this is. Clandestine, covert– it’s the flavour-of-the-day for the Chinese government. Degree to which PM Trudeau has objected to the presence of China’s police stations on Canadian soil?

You got it, fellow patriots– nothing at all. If interested parties really want to thwart China’s government, they would focus on an organization which has pursued its goals in near-silence for the past forty years.

It’s called the Canada-China Business Council.  It’s a darling of Trudeau appointed Senator Yuen Pau Woo, who once served on its executive council. Founded in 1978, CCBC has served as a conduit for Chinese government infiltration in Canada ever since.

It’s roots are decidedly Liberal. Established by the billionaire Quebecois Desmarais family(Power Corporation), various members of the Bank Of Montreal(BMO) executive have served on its board throughout the decades. In case readers aren’t aware(of course not), BMO began partnering with the Chinese government–get this–over 150 years ago.

These are the true roots of the Trudeau-Liberal-China assault on Canadian sovereignty, as founded by ex-Liberal PM Pierre Trudeau in the early 1970’s.

Turning toward America, a bill passed by the U.S. Senate would force the Biden administration to lay out plans for working with allies on China-related issues.

“The White House will have 90 days to publish a strategy explaining where it agrees and disagrees it with Canada on China issues.”

An expansive section of the bill is focused on Canada. The Canadian portion of the bill is titled the U.S. Innovation and Competition Act. Included within it is a clause that would force the administration to produce a report on Canada within 90 days.

It still hasn’t occurred, and CAP can see why. To properly prepare a cover-up of Liberal-China political intercourse takes time. And yes, one day, Minister of Foreign Relations, MP Melanie Joly, will serve up a foreign policy agenda in order to placate the U.S. government.

CAP believe little if anything will change. Justin Trudeau’s “Woke Liberal” revolution has been cast-in-stone since the moment he seized control of our society.