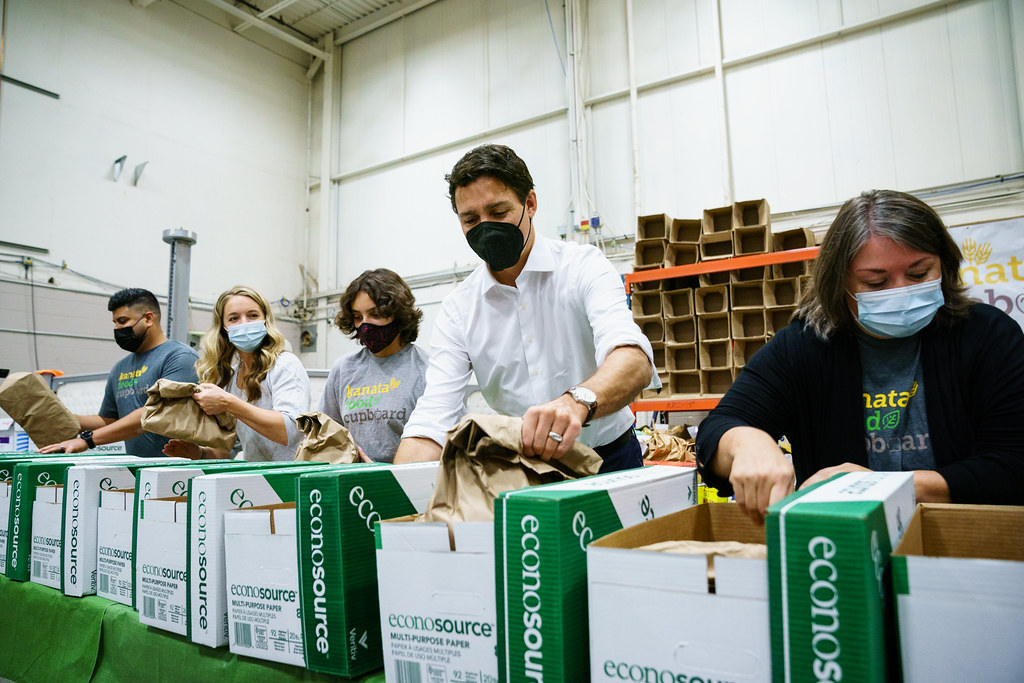 Media from around the world are expressing indignation regarding Euthanasia legislation in Canada. Why shouldn’t they, when PM Justin Trudeau is responsible for creating the most “progressive” assisted dying laws on the planet.

In the meantime, Trudeau and the Liberals continue to apply their authoritarian-derived methodologies. First, we had assisted suicide for the physically ill. To be followed by a reduction in age requirement.

In March, 2023, Team Trudeau will bring their systemic agenda to a new level. Those diagnosed with mental illness will begin to quality for MAiD. If media don’t have a problem with this, one can bet the nitrate-saturated farm that they will curb their enthusiasm regarding Euthanasia for Canada’s poor and lower income citizens.

As reported in Britain’s Daily Mail:

EXCLUSIVE: “I don’t want to die, but I don’t want to be homeless’: Canadian man, 65, has a doctor’s approval for Euthanasia despite admitting becoming POOR is a main reason he’s applying to die.”

Back in Canada, CAP has recently focused on a  Euthanasia evangelist physician who conjures up an image of a previous warrior of the woke: Dr. Stephanie Green, who boasts of performing over 300 assisted dying procedures. Perhaps we should offer her a giant thank you– her numbers don’t compare to abortion fanatic Dr. Henry Morgantaler, who personally performed 5000 abortions on Canadian women at the time when abortion procedures were against the law in Canada.

“Recently, Alexander Raikin, a Canadian who now lives in the United States, discovered a cache of internal training material produced by an obscure charity called the Canadian Association of MAID Assessors and Providers (CAMAP).”

CAMAP is headed by Dr. Stefanie Green[info@stephaniegreen.com] who has performed more than 300 MAID procedures and written a memoir about her experiences. She believes that MAID is therapeutic, even empowering (her book is subtitled ‘A Doctor’s Story of Empowering Patients at the End of Life.’

Call CAP misguided, but we fail to see how terminating a life equates with “empowering a life.” Obviously, logic isn’t Dr. Green’s strong point. For woke “experts,” it never is.

“Dr. Green echoes the message of Canada’s most prominent MAID defenders. People do not die in Canada by MAID because they are poor or cannot access affordable housing. This is simply not true and there is no evidence that I’m aware of to support those claims.”

One Canadian writer who has broken the mould is Chinese journalist Yuan Yi Zhu. Perhaps media gave this person a break due to ethnic heritage, but either way Zhu has refuted Dr. Stephanie Green’s assisted dying dogma:

“Behind closed doors, at CAMAP seminars for MAID providers, MAID professionals give  presentations that ask questions such as: what is the role of the MAID assessor when resources are inadequate?”

“In them, they freely discuss cases of patients who seek to die because they have no access to housing, to medical treatment or to food — things the Canadian public were told did not happen.”

Are assisted suicide advocates lying to the people of Canada regarding motives for MAiD? It certainly appears this way.

One slide from a CAMAP presentation exposes the medical case history of a lady named “Mary”:

Mary identifies poverty as the driver of her MAID request — food insufficiency and inability to access appropriate treatments.”

Caught in a moment and you can’t get out of it? Not really. In fact, not at all. Don’t you know? In 2023, we live in Justin Trudeau’s post-modern Canada. Breaking down the dictum, CAP offer our take on this ominous proclamation:

Canada is “post-something,” to be certain. In emulation of authoritarian societies, post rule-of-law comes to mind. Add to this post-concern for Old Stock Canadians, the millions of us who come from a Canadian-born, generational citizen background.We already have post-protection of Canadian fetuses, as advanced by ex-Liberal PM Pierre Trudeau. We add post-elderly, in tribute to assumed son Justin Trudeau.

Post-democracy is a good one. Post-freedom of speech and freedom of the press are pending through Bills C-11 and C-18, the Liberal’s equivalent to China’s Great Internet Firewall. We top it off with post-personal gun collection. In the nascent years of socialist and fascist revolutions of the 20th century, Joself Stalin and Adolph Hitler specialized in such endeavours. Add to this Chairman Mao Tse Tung, as well as “good family friend” to the Trudeaus, Fidel Castro of Cuba.

Yet, despite all these developments, no one in establishment media dares to point to the historical similarities. Perhaps they would, if Justin Trudeau didn’t “buy-out” Canadian media after rising to neo-dictator status.

“Another director of CAMAP, Dr. Ellen Wiebe, was the subject of a glowing 2016 profile in the prestigious medical journal The Lancet, which described her as “Canada’s leading ambassador for the right to die,” and describes how she bubbles with enthusiasm describing how she feels when a patient seeks her help to control the circumstances and time of their death.”

Bubbles with enthusiasm? How entirely morbid. Sounds positively fascist to Cultural Action Party. And yet, there it stands. A systemic implementation of death-dealing government policy for the pleasure of 38 million Canadians.

How about…when life is viewed as nothing more than a commodity? If this human widget adds value to social productivity, they are good-to-go. Upon reaching liability status, line up on the left for your end-of-life injection.

“We’re at the point where clients on these programs are telling us they’re considering medically assisted death or suicide because they can’t live in grinding poverty anymore,”  says Meghan Nicholls, CEO of the Mississauga Food Bank in the province of Ontario.

Sounds like a post-morality nation to CAP. Considering the frightening parallels with fascist governments of 20 century history, all Canadians should come to understand the seeds of totalitarianism inherent in PM Justin Trudeau’s Euthanasia agenda.

Due to his purchase of mainstream media, it’s not happening. One has to wonder how media publishers, editors and journalists in Canada are able to live with themselves on this basis.