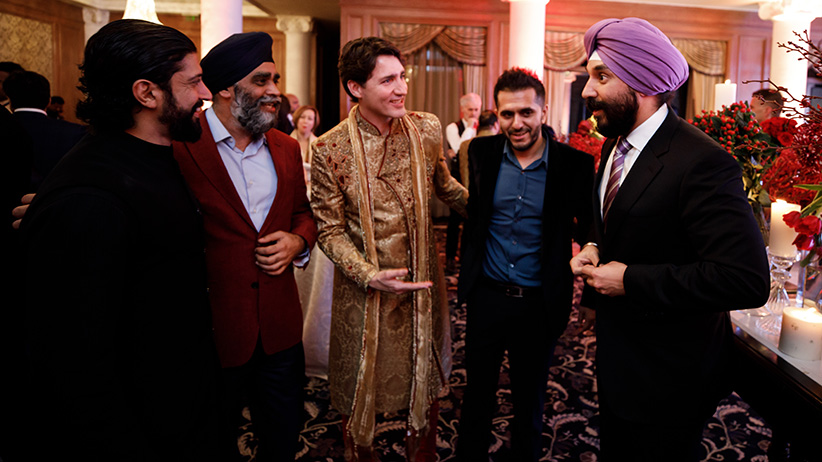 With the recent residential school mass murder discovery, Prime Minister Justin Trudeau’s program of hatred for Canadian history has reached an apotheosis. After all, an ultimate purpose must exist for the ubiquity of self-loathing Trudeau has promoted every day since gaining office in 2015.

The meaning and purpose is beginning to crystallize. Once considered by the outside world to be meek, mild and welcoming–  Canada is being systemically transitioned into a pariah nation.

Non-Canadian entities are now getting in on the action. A video presentation from Al-Jazeera News— whose English language version eerily mirrors the CBC — delivered a video report in which PM Trudeau speaks of the culpability of the Canadian church. All responsibility of the Liberal Party of Canada has been sublimated.

Over in China, the communist government is leveraging the residential school debacle to render Canada a hypocrite nation regarding condemnation of international human rights abuses.

“Major Chinese news outlets published editorials both decrying residential schools, and asserting that Canada had no right criticizing other countries’ human-rights records until it put its own house in order.”

“Some Western countries, Canada included, like to preach to other countries about human rights affairs. They should review their pasts and correct their own wrongdoings, instead of pointing fingers at others.”

Is the residential school fiasco winding Canada up for “official genocide status?” Cultural Action Party believe it. From day one of Justin Trudeau’s ideological hi-jacking of society, we have predicted that the history books will in time(if any exist, that is) reveal two different Canada’s:

One dating from 1867 to 2015, and another from this point forward in history. Despite systemic obfuscation from media, caring Canadians are putting together the pieces of this pre-meditated agenda.

For one thing, the British-Colonial-Anglophone-Christian dynamic is to come to an end. A rendering of these social elements as genocidal will hammer a final nail in the coffin. In their stead comes “international” Canada–one which features a social inversion: Racialized Canada to the top of the totem pole, Anglo-Christians dwelling at the bottom of the Molson beer barrel.

Justin Trudeau knows this. In fact, he knew it from day one. In truth, he has knowingly worked toward this outcome everyday he has been in office. There is much more to come.

Media’s role in the journey away from a free and democratic society is instrumental in the program. The latest manifestation is obvious. If one looks closely at media presentation on residential schools, one will discover a most blatant piece of propaganda:

All signs inculcate the Canadian church as the guilty party, and zero reports hold historical governments accountable. Hence, a by-product of Great Reset self-hatred: an attack on Christian Canada via the condemnation of church.

Historical evidence tells Canadians something different: A succession of Liberal and Conservative governments are every bit as responsible for genocidal status of our nation.

It’s all in the game. The “pick and chose” ethos of Canadian media lends itself to the task at hand. The days of objective news reporting are done like dinner. Justin Trudeau has replaced this with communist propaganda dissemination. It’s working like a dream as 38 Million Canadians are deceived regarding responsibility for historical oppression toward Aboriginal communities.

If there is any so-called light at the end of the tunnel, it is found in this form:

Prime Minister Justin Trudeau’s acceptance of an inquiry’s finding that Canada committed genocide against Indigenous people could have tremendous legal impact if a court ever weighs Ottawa’s responsibility for crimes against humanity, experts say.”

CAP would love to believe there is potential here. Too bad we don’t. The obstacle inherent is that the no matter the nature of a Liberal government scandal, the Great Reset bandits always emerge unscathed, and leading in the polls.

For this trend to reverse would take one step short of a miracle.