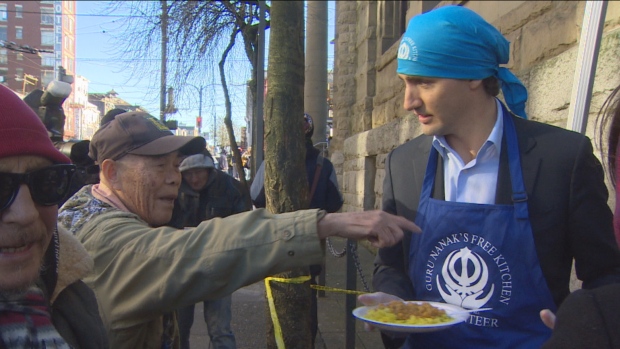 Since the election of Prime Minister Justin Trudeau in 2015, political bias in media has taken on an entirely new meaning. No organization epitomizes the phenomenon like Canada’s state-funded CBC Corporation.

Over the past six-years, the CBC has transitioned to a working division of the Trudeau government. The circumstances are quid pro quo: we give you a billion taxpayer dollars each year, and you present Liberal-endorsed media content to the public. As many realize, a key reason for the funding is found in a massive decrease in advertising revenue intake. The CBC viewer audience has been in steady decline for years.

Hidden within this dynamic is the Trudeau government’s post-modern solution to the problem. The CBC has progressed from a generalist news organization to that of “special interest” media outlet. In 2022, state-funded organization is “the voice of the people.” That is– the voice of “some of the people.” Based on daily observation, we pick up on the methodology: CBC has transitioned to the voice of “new arrival” Canada. Relentless in approach, broadcasting is inexorably focused on our 3rd World communities. Or more accurately described–  the plight of 3rd World communities.

CBC News exemplify Canada’s “Woke Revolution.” Anti-colonialism. Anti-white male. Systemic racism. Pro-LGBT, pro-transgender. Name a federal government-endorsed piece of wokism, and the broadcaster is all over it. We begin to perceive the game plan. Justin Trudeau and his strategists are setting up the CBC as the voice of New Canada. We search for signs along the path. A Google search on the words “CBC Easter” bring clarity to our observations:

An article called “How the Bunny Brigade is helping P.E.I. kids celebrate Easter” sets the tone. Unfortunately, this is as good as it gets. Among a smattering of articles on the Christian holiday, the rest deliver a consistent focus. Where to find discounts in retail stores, chocolate bunnies inflicted with salmonella, and other  discourses on the resurrection of Christ.

From a public health perspective, we uncover this beauty:

We turn to non-Christian celebrations, which this year occurred during the same time period as the Easter holiday. A deep contrast is found in CBC’s approach to the Islamic holiday of Ramadan. Article after article points to the virtue of the holiest celebration of the year for Muslim-Canadians.

“A sense of joy, a sense of anticipation’ for P.E.I. Muslims ready to celebrate Ramadan together” reads one CBC headline. No Covid warnings, no 50% discounts on make-up, no tainted chocolate bunnies. No trivializing in any form. The same applies to another concurrent celebration, the Sikh holiday of Vaisahki.

Cultural Action Party get the game-plan. Based on immigration, 3rd World migrants represent Canada’s largest media growth market. Sure, revenues may be dragging at present– but what of the future? Executives at CBC begin to strategize. What if we re-position ourselves as the media organization of New Canada? We have already achieved a status as the voice of Woke Liberalism. It’s a marketing scheme made in heaven.

Justin Trudeau agrees, and ships them a billion dollars of our money each year to do so. No wonder the state broadcaster is on board with every piece of woke warrior propaganda. Let us continue to brand our general population as a composite of colonizing racist degenerates– it fits our business model.

Now, the bad news: this is the future of our country. So-called “Old Stock” Canadians would be wise to ponder these potentialities. Most will not, of course. We come to understand a fundamental of government-media relations: never speak of the future of Canadian society.

It’s good news for some, and awful news for others. Based on the post-modern business model at the CBC, winners and losers in Canada’s media game are thus revealed.