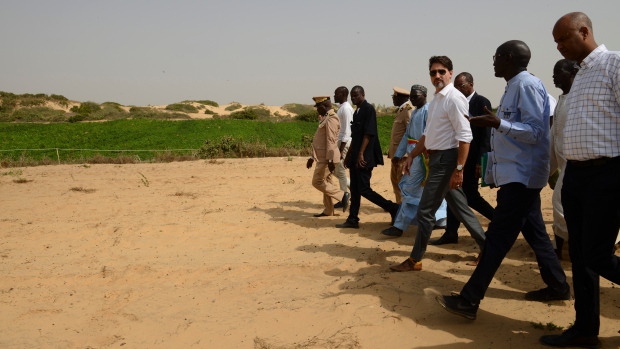 Throughout the first century of our country’s existence, the majority of new immigrants came to our shores from European nations. Over the past 50 years, immigration policy shifted to where it stands today– 90% of migrants to Canada now come from Asia, Middle East and Africa.

New reports from Statistics Canada inform us that Anglophone-Canadians are being silently set-up for minority community status.

“Some 62% of the recent immigrant arrivals were born in Asia, with 18.6% coming from India alone. This is the first time India took the top spot of Canada’s newcomers.

“In 2021, 92.2% of Canada’s recent immigrants lived in one of Canada’s census metropolitan areas. This is higher than 67.7% for the Canadian-born population.”

In terms of major urban centres, Vancouver had the second-largest proportion of immigrants, at 41.8%, with migrants making up over 50% of nearby Richmond and Burnaby.

This is the largest immigrant share of Canada’s population since Canada was founded as a country in 1867. This figure accounts for 8.3 million immigrants in 2021. In 2022, just 10% of our migrant population come from European countries.

At which point we turn to the flip-side. It’s the unspoken element of the equation, one in which government and media refuse to allude to.

In 2022, white Canadians are minority communities in Richmond and Burnaby B.C. Considering immigration trends, this dynamic will become a standard in all major urban centres. To be followed in due time by our rural communities.

Fast forward a half-century, and migrant communities will be a majority in these communities– known in the political realm as “ridings,” or “constituencies.”

The unspoken goal of PM Trudeau and the Liberals is to capture every one of these ridings. Understanding that in general terms, migrants vote for the party in power at their time of arrival, a capture of 90% of our current 338 federal ridings seems an inevitability.

Upon which Canada is to find itself at an axiomatic point in our nation’s history:

What is the point of federal elections when a single party controls 95% of all federal ridings? Simply put– there is no point. Upon which our nation loses its democratic statusas it transitions to a one-party-state.

In CAP’s opinion, this trajectory is understood by PM Trudeau and his motley gang of globalist practitioners. One day–30 to 50 years down the road– it is to become a reality.

To acknowledge Canada’s demographic transformation, Statistics Canada, a division of our federal government,  this week issued the following statement:

Permit CAP to tell you why it is a falsehood. It is “rich” for some, and incredibly poor for others. In typical fashion, every element of Justin Trudeau’s cultural transformation agenda is detrimental to Canadian of European origin.

Media say nothing, because the Liberals are paying them to say nothing. The flip-side spoken of includes a element of complete silence: on this basis, what is the fate for Anglophone and Christian Canadians?

Words cannot properly indicate the impact. In a nutshell, English Canada is finished. Not French Canada, or Quebecois culture. Yes, they have their challenges. Yet, because our prime minister is of French-Canadian descent(possibly, see Castro, Fidel), cultural retention is a primary concern.

For the rest of us, we may as well adopt the 1960’s surfing tune “Wipeout” as our theme song. Or perhaps “Wreck of the Edmund Fitzgerald” by Gordon Lightfoot:

“So long, it’s been good to know ya” being the appropriate vibe. Media say nothing of the sort. John Ivison, Andrew Coyne, Terry Glavin, Chantal Hebert, John Ibbitson.

All these leading journalists are “Old Stock” Canadians. Not one of them is willing to lay it on the line:

Our communities– white, Anglophone, Christian– are to become minorities in Canada within 50 years. Why the hold back the truth? Because their publishers and editors won’t let them state the truth.

A hidden, silent agenda of community decimation. Sound familiar for history buffs? It’s that “old black magic” called communist propaganda. Governments of history indulged in the practice– Mao Tse Tung in China, Joseph Stalin in the former Soviet Union. Silence was golden for these despots, and the same is true regarding current PM Justin Trudeau.

In case anyone thinks the agenda is less than comprehensive, we turn to the world of religion:

Witness as mainstream media take the edge off the findings: it is not “some religions”– it is Christianity.

According to Statistics Canada, citizens who report non-Christian religious affiliation are set to double by the year 2036. An article from Western Standard News tells us that the population of Muslim-Canadians has tripled over the past 15 years.

Let CAP cut to the chase– every demographic prognosis leads to the same conclusion: Anglophones and Christians are being transferred to minority status, to be superseded by 3rd World immigrants and their religious affiliations.

Media don’t care. Canada’s academic world and their plethora of “visiting professors” love this kind of thing. But most of all, Justin Trudeau is over-the-moon. It’s his deepest dream. To inflict punitive damages upon Anglophones is a joy.How else will he get Anglos back for the colonial founding of our country?

None speak of a downside for Canadian-born, generation citizens. Push forward to the future, and what could be found?

Will Anglophones and Christians become second class Canadians in due time? Has Justin Trudeau set up our communities for social inversion? So many critical questions– so much silence from CBC, CTV, Globe & Mail and the rest.

Guess what, fellow patriots? The future of Canada is Asian, Middle Eastern, and African. In terms of religion, the next major wave– Muslim immigration– will ensure that Islam becomes our nation’s dominant religion.

All this and more is in store for the destiny of Canada. In the meantime, silence is the word for the rest of us. Sounds more like 20th century fascism or communism than Justin Trudeau and his ridiculous sunny ways, no?