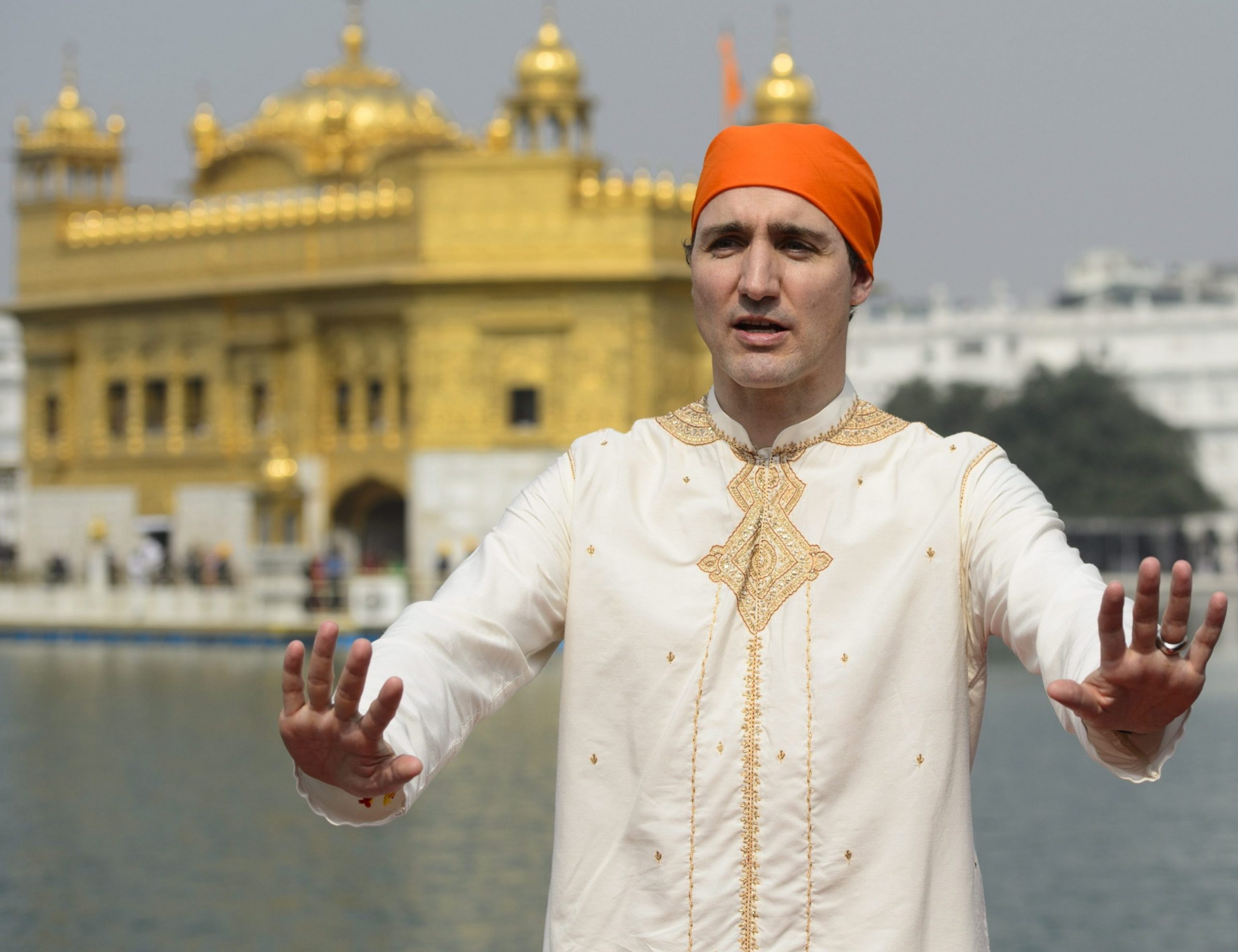 “The federal government’s procurement department, which spends about $22 billion per year on contracts with private businesses, is spinning up a secondary system that awards contracts to companies based on the identities of its owners.”

At which point Cultural Action Party point to the unspoken. Whenever Canadian media speak of “social equity,” they omit a vital element: the impact upon communities which fall outside the realm of those sanctioned for special treatment.

“The new policy reveals that the government intends to collect contractor demographics. It also involves setting aside certain contracts for diversity suppliers, setting up mentorship programs for certain groups, and more consultation.”

“The goal is to contract more with social-purpose organizations that have social, cultural or environmental missions, as well as businesses owned by women and minorities— sexual, gender, and racial. The goal of government contracting, in this way, is no longer to get the best value for Canadians.”

See this, fellow Canadian patriots? It’s not some peripheral development– it is the future of our country. PM Justin Trudeau is working to ingrain race-gender priority structure into the fabric of society– all of it.

It would be one thing if, for example, the Feds released a report informing citizens that this structure is to become the standard of Canadian society. They won’t do it. They know better.

To spill the beans on Trudeau’s “Woke Socialist Revolution” all in one go is a mistake. Taking his cue from Mao Tse Tung’s Communist Revolution, an incremental approach is the way to roll. This way, Canadians will be fooled into accepting what is arguably racist policy from our government.

Unlike mainstream media, it’s the “flipside” of the equation which concerns CAP. To hire based on ethnicity is an exclusionary policy. Government has dropped “merit-based” hiring, replacing it with skin colour and sexual preference.

When the benefit goes to, for example, “racialized” citizens, then the non-racialized experience social prejudice. Moving to the street level, we imagine a scenario:

In the real world, this is called racism. In Justin Trudeau’s post-modern Canada, it’s called “diversity.” The point is not complex– Bob and Bill Smith were rejected based on skin colour– they are white Canadians. That’s racism.

It’s a piece of reality never to appear in the pages of Globe & Mail, Toronto Star or National Post. In 2022, legacy media work for the Liberal government. They are being paid not to expose the underbelly of Trudeau’s obsession with racism and bigotry.

Upon which liberal snowflakes retort: “Canada is a bigoted society. We are racist and genocidal. Caucasians deserve bad things to happen to them.”

Never do they question the fact that no other country on earth demeans itself in this manner. Nor do they consider the idea that the dynamic is contrived by government for a pre-conceived purpose.

Then we have the biggest factor of all– what does the future portend under the Liberal’s reverse-racist policies? The Liberals and their woke snowflake advocates rationalize 3rd World community advancement based on current demographics. For example, if a federal riding is 50% non-white, “multicultural” advocates demand that 50% of local politicians reflect this “diversity.”

A westcoast riding, Richmond B.C. is reported to be 80% non-white. Using government-snowflake rationalization, just 20% of City Councillors in the Vancouver suburb would be permitted to be Caucasian.

In 2038, the breakdown will apply to a majority of our 338 federal ridings. What does this mean for whitey? How about the following: Canada’s federal government has with intent transitioned Anglophones to a minority community. One in which a limit of 20% of political positions are alloted to European-Canadians. Pourquoi? This would be because they have white skin.

This, folks, is Justin Trudeau’s “no-core identity” Canada. Rather than be honest and upfront regarding our future destiny, this former snowboard instructor is out to deceive Canadians of European heritage.

The CBC call this “social equality.” With no vision of the future, Euro-Canadians cannot see how Trudeau and his gang of woke globalists are seducing our “Old Stock” communities. Rinse and repeat until a brand new society is born; one in which Anglos transition to second class citizen status.

At which point CAP cough into our Tim Horton’s coffee cups. Public perception, you say?

What a croc that is. At present, our public has little idea what the Trudeau government are doing within the spectrum of Canada’s pluralist society. Media offer no insight, so CAP will take a crack at it in summary:

Our country is being transitioned to an authoritarian state. Within this structure, Anglophones are to transfer to the basement of our social order. When our minority status arrives on a national basis, these people will not become privy to the “rights of the racialized” bestowed by government toward our 3rd World migrant communities.

CAP has a word for this– we call it “vengeance.” To pay for the sins of our colonial ancestors, our communities must suffer punitive damages. PM Trudeau is Francophone. He couldn’t give a fig about the fall of English Canada.

“If the procurement system is so hard to navigate that some groups need extra assistance, maybe that’s a sign that the system is broken and it needs fixing — not just for women and minorities, but for everyone in general.”

You have got to be kidding. Everyone in general? Justin Trudeau has no interest in such a concept. From day one, our PM has ramped up favouritism for racialized Canadians to unheard-of heights.

You read it  right– unheard of. Canadians of European origin would do well to come to terms with the attack upon them from government, media, academia, and corporations.

In the spirit of “close family friend” Fidel Castro, Justin Trudeau works to transition Canada to an anti-Anglophone socialist state.