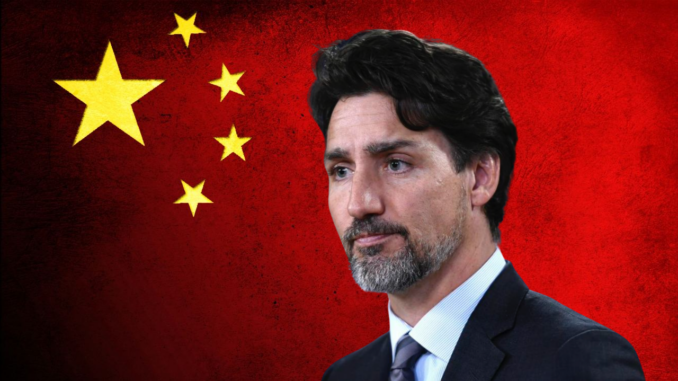 In 2021, they offered as ominous take on the future of internet censorship in Canada, as perpetrated by our ruling Liberal government:
“The Liberals have unveiled a cynical plan to make Canada’s Internet one of the most censored and surveilled in the democratic world.”

“It would transform them into reporting agents to CSIS and the RCMP— and it puts the actual needs of victims of hate speech and harmful content online dead last.”

Extrapolating the messaging tells us that the internet censorship agenda pushed by PM Justin Trudeau and the Liberals has little to do with prevention of hate speech, and everything to do with our prime minister’s number one obsession:
Full and absolute control of Canadian society. The described legislation will:

Upon which CAP interject with a break-down of how PM Justin Trudeau’s quasi-communist government roll. Presenting a list of benevolent social undertakings, the Liberal strategists slip in a covert goal they hope will be misunderstood by the public.

Of course, no sane citizen wants abuse of our youth to be promoted on the internet. Thumbs up for this one, as well as promotion of violence, et al.
The problem arrives with the nebulous claim of clamping down on “hate speech.” As it stands, promotion of hate speech is duly covered within the criminal code of Canada:

How is hate speech to be defined according to government’s internet standards?
According to Open Media, “government has insisted that all they want to do is duplicate our existing norms and limitations around offline freedom of expression in Canada.”
“Far from simply duplicating our norms around offline speech, this proposal will create an unprecedented system of online surveillance of ordinary people in Canada, and normalize removal of entirely lawful online speech.”
A harsh indictment it is– one which appears to bypass existing laws against hate speech, transforming internet censorship into a witch-hunt against citizens who violate government’s subjective opinion on what constitutes hate speech.
The end-game being positively draconian in orientation: hate speech is whatever government and their hired-hand team of censors decide it is. In this, communications in Canada morphs into a replica of PM Justin Trudeau’s preferred form of governance: Communism.
The whole project reeks of Orwellian control. Freedom of expression falls to the neo-fascist ways of the Trudeau government. Those who breach government’s subjective viewpoint transition to targeted political dissidents.
“The system will become an unprecedented law enforcement surveillance system of lawful speech in Canada. Platforms will be required to report flagged content they remove directly to law enforcement to law enforcement, including the RCMP and CSIS.

So much for “sunny ways” Canada, as expressed by PM Trudeau upon his seizure of Canadian society in late 2015.

The system grants the Digital Commissioner unprecedented powers with minimal restriction on their use, including:

“The right to conduct its hearings on content takedowns in secret.”

Let’s hear it for KGB–time in Canada. What a wonderful world of communist crackdowns we are to experience by way of government’s “protection of general society.”

An non-elected Liberal government bureaucrat will be placed in charge of a policy to police the Canadian internet. Breaches will be what government say they are. Punitive damages await those who violate the mandates.

All of which sounds desperately in-line with internet censorship in communist China:

In December, 2015, China’s President Xi Jinping pronounced that “the Chinese internet would be a world unto itself, with its content closely monitored and managed by the Communist party.”

Is, or is this not, the bottom line within the Liberal’s proposal for free speech suppression on the internet? Is it not true that PM Justin Trudeau has publicly expressed his endorsement Chinese-style communism?

“Giving the regulator broad power to order website blocking of sites that host both legal and illegal speech is a disproportionate and dangerous remedy that has previously only been commonin authoritarian states like Russia and China, not in democratic states.”

Such a structure may not exist in so-called “democratic states.” But it could exist within a western democracy that is being systemically transitioned to a communist state.

Is this the true state-of-affairs in Justin Trudeau’s “no core identity” Canada? Incrementally, our nation’s core institutions are being systemically transferred to nascent communist entities.

Government most of all, followed by a purchase by the Liberals of mainstream Canadian media. To return revenues and market-share taken away by the rise of social media– the Canadian internet is about to fall under neo-communist control.

Canadian academia, seduced over the decades by anti-Canadian Marxist propaganda, fell under the communist spell decades ago. With the advent of the Covid pandemic– another China-oriented phenomenon– health care in our country has made the neo-communist transition. Trudeau’s Euthanasia policies being indicative of the very concept.

We witness the seduction of our society. That is, those who make the effort to transcend  Liberal-Media propaganda campaigns.

“In the years before Xi became president in 2012, the internet had begun to afford the Chinese people an unprecedented level of transparency and power to communicate. Popular bloggers, some of whom advocated bold social and political reforms, commanded tens of millions of followers.”

In the years before Justin Trudeau became prime minister, Canadians were afforded a fair and reasonable degree of autonomy regarding communication on the internet.

In 2015, Justin Trudeau became prime minister, thus beginning Canada’s slide from a free and democracy society toward a neo-communist nation-state.