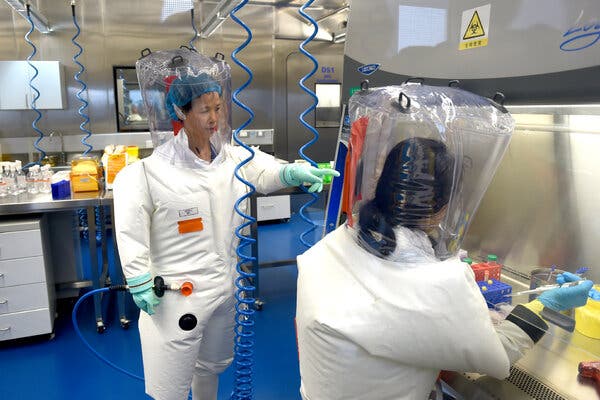 Liberal MP Anthony Rota “intends to ask the federal court to strike down the Trudeau government’s attempt to have a judge block parliamentarians from receiving documents regarding the firing of two scientists at Canada’s top laboratory.”

According to the National Post, Speaker of the House Anthony Rota stated that he would fight “tooth and nail” to protect the principle “that the legal system does not have jurisdiction over the operations of the House.”

Rota’s letter came in response to a Liberal government lawsuit asking the federal court to prohibit the disclosure of documents demanded from the Public Health Agency of Canada (PHAC).

Mainstream media are positioning this development as one step shy of typical. In other words, an incident which should be perceived as rare, unprecedented or downright shocking is converted into a run-of-the-mill event.

The fired Chinese scientist controversy has resulted in Opposition parties passing a motion finding the Public Health Agency of Canada in contempt of Parliament.  It summoned PHAC President Iain Stewart to appear before the House of Commons to produce the documents.

The last time a private citizen was called to Parliament in this manner was in the year 1913. This case involves another oddity being under-played by media: Justin Trudeau is taking one of his own Members of Parliament to court to suppress the reason for firing the Chinese scientists.

CAP Conclusion: Justin Trudeau and the Liberals have something to hide which if exposed has potential to bring down his government. Not that they will be brought down– pseudo-dictatorships being what they are.

Again from the National Post: PHAC President Iain Stewart has “consistently refused[exposing the details], and the situation escalated to the point where he was ordered to the House of Commons to be admonished by MP Rota and hand over the documents in person — a first for a private citizen in over 100 years.”

Why so brazen and belligerent? Seems obvious to Cultural Action Party— because the Liberal government ensured Mr. Stewart that he will be protected from all liability.

How much more obvious can it be that whatever the Liberals are hidden is explosive information? The lengths Team Trudeau are going to prevent exposure of the facts are unprecedented.

In an interesting side-development, the antennae of the U.S. government has been raised regarding the Winnipeg- Wuhan connection.  Ironic it is that not Canadian media, but rather American media have exposed some of the detail.

A bill recently tabled by the U. S. Lawmakers includes substantial focus on the Trudeau government’s relationship with China. Trade, cyber-security, Huawei, 5G networks, mineral resources, defence, the Arctic, global institutions, organized crime are some of the topics for analysis. Included within is a clause that would force the administration to produce a report on Canada within 90 days.

Extent to which CBC, CTV, Globe & Mail and Toronto Star are exposing this development? Minimal to nothing. Within an unbiased media, these developments would serve as lucid revelations regarding the nightmare that is Covid. They do no such thing. Always in place to whitewash the iniquitous behaviour of government, establishment media work to protect the Trudeau regime.

They are doing a bang-up job. Canada’s parliament has just broke for the summer, with conditions ripe for Justin Trudeau to trigger an election in a bid to win back complete command of the legislature.

“Polls suggest the incumbent Liberals have seen a boost in popularity due to their response to the coronavirus pandemic that could parlay into a majority government.”

What we have here is known as a classic dichotomy. Turns out the popularity of Justin Trudeau exists in a silo unaffected by the Wuhan Covid scandal. Or the WE Charity scandal. Or the SNC-Lavalin, Aga Khan, GG Julie Payette or Admiral Mark Norman scandals.

Meaning that Trudeau’s ability to retain the office of prime minister is wholly independent from his words, behaviour or policies. Under what form of governance is this a standard within society?

The answer is a communist society. Which–despite media obfuscation– is what Canada has been headed for since the moment Justin Trudeau became prime minister.