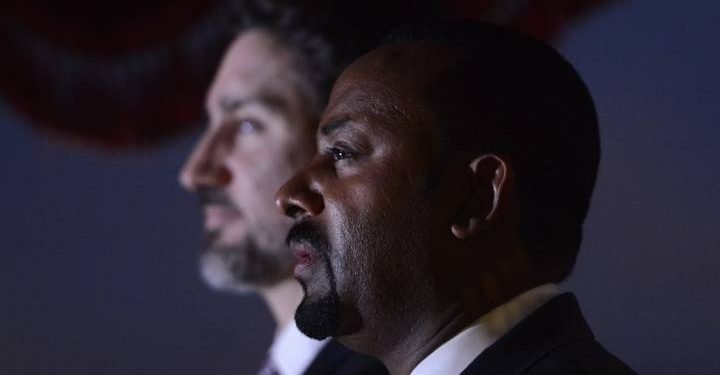 “Canada’s First Ministers took this view in their statement in response to anti-racism protests, that “Hate has no place in Canada and will not be tolerated.”

“The statement pledged unanimous support for urgent progress on “complex and long-standing issues,” but the very next day Prime Minister Justin Trudeau revealed disagreement behind the statement, saying he advocates a formal recognition of “systemic racism” in order to better address it, but there was not a consensus on this among provincial premiers.”

CAP disagree that racism will not be tolerated. Conversely, our political party believes that PM Trudeau and the Liberals are promoting prejudice against what CAP has coined “CEH”— Canadians Of European Heritage.

When Mr. Trudeau claims he and Canadian premier’s “disagree” it really means that Canada’s “king of kings” has yet to get his way. Of course, his way will be here in due time now that our country is a democracy in THEORY only.

What the globalist culture-killers want, they get within pseudo-communist Canada.

“There is broad national confusion about this concept. The suggestion that Canadian society is racist can sound insulting, because if Canada is racist, then Canadians themselves must be racist and full of hate.”

“This sense of insult is an obstacle to understanding what “systemic racism” means. A claim about society blurs into a claim about an individual. “Systemic racism” can come across as an accusation. One way out of this mess is to get over one’s self.”

What a steaming pile of sanctimonious arrogance. Guess what, Anglophones, time to get over being bashed with a globalist battering ram. Meanwhile, say one tiny thing in criticism of 3rd World Canada, and witness the response.

What a motley crue of back-stabbers, hypocrites and reverse-racists these people are. Canadian media maintains a most peculiar habit–attempting to “cure racism” in Canada by establishing a brand-new form of racism: hatred of Caucasian Canada.

Media back the agenda to the max. CBC, CTV--these media entities have been trans-itioned to China-style propaganda institutions. Together, Globe & Mail, Toronto Star and the other mainstream publications are officially “anti-Old Stock” Canada.

Then, the “multicult mongers” follow up by utilizing the most extreme generalizations about “whitey” they can dream up.  As for “our people”–the second we say a single word against Trudeau’s globalism, “multiculturalism” and 3rd World favouritism, a 3rd World evangelist like MP Ahmed Hussen steps in to straighten out our society.

“Canada is a racist society.” End of story from this Somalian citizen. Degree of multiculturalism, diversity, immigration, Christianity, refugee intake, democracy, freedom of speech within Somalia?

Try ZERO–then multiply this by infinity, and there’s your answer.

Check it out– shock of the century from National Post– “The idea of systemic racism is not about individual attitudes. It is about how society works. Good people can participate in systemic racism.”

How to respond to this piece of “altruism” toward CEH(Canadians of European Heritage)?  Should we get down on our knees to thank media for permitting the concept that white Canada is really not all that bad.

Turns our our people  are not all racists–why, thanks very much oh you Gods Of Globalism!

Talk about being “under their thumb.” How does it feel, fellow Canadian patriots, to know the fate of your community is held in the hands of:

Quite the task-masters, eh? CAP hate to be nihilistic–we are having trouble seeing a “white light at the end of the tunnel.” From our perspective, the destiny for our nation is 100% written-in-stone.

Justin Trudeau is post-modern Pharoah-style taskmaster. Sticking with a biblical metaphor, Trudeau is not leading the people out of the desert and into a “promised land.” In truth, it is the very opposite— witness as JT guides our community into a form of modern-day slavery as the “chosen nemesis” peoples of Canada.

Each day that passes with King Justin in command pushes Anglophone citizens farther into a virtual prison cell presently being carved out by government, media, academia, not to mention Canada’s corporate business world.