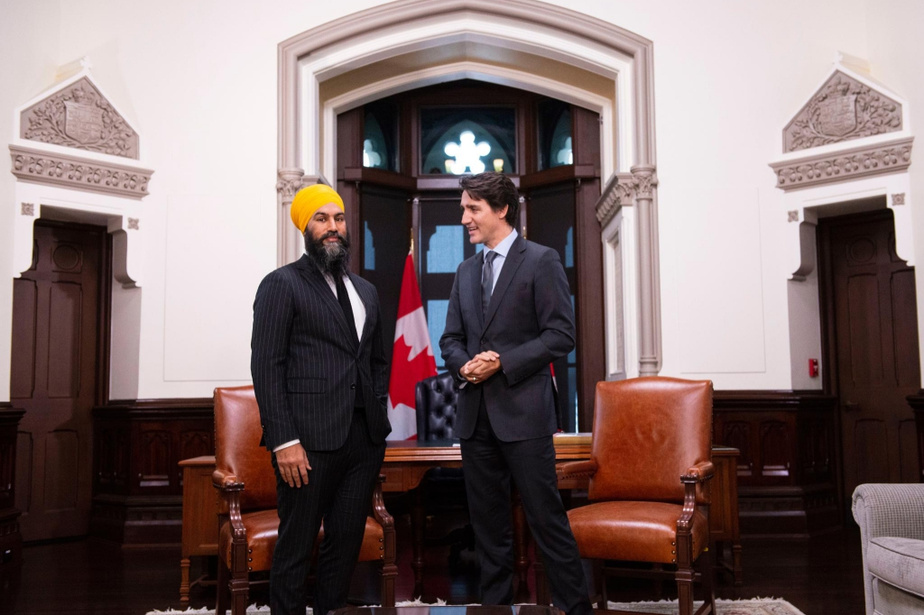 “Prime Minister Justin Trudeau continues to accommodate the most extreme elements of the Sikh community and for political reasons, and ignores terror financing,” writes Michael Rubin.

Mr. Rubin is a senior fellow at the American Enterprise Institute. He previously worked as an official at the Pentagon, and as political adviser to the Coalition Provisional Authority. Rubin says the situation is making Canada a “weak link” in dealing with terrorism:

What is it about Sikhism that makes it a pet project for PM Trudeau? We note a similar affinity with the Nation of Islam. In both cases, our PM is quite the forgiving fellow.

“The Liberal Party believes that terrorists should get to keep their Canadian citizenship … because I do.” stated our PM in 2016.

It’s a most curious condition. Not only does Trudeau forgive terrorists like Omar Khadr— he approves $10 million dollar cheques to be delivered to their mailboxes.

Is it reasonable to state that the prime minister of Canada treats convicted Islamic terrorists better than Canadian-born, generational citizens? In “post-modern” Canada, it seems anything goes.

Including special treatment toward alleged Khalistani(Sikh) terrorism, as well as support of an independent Khalistani state. Trudeau loves to make trouble, whether in Canada or back in India.

Speaking of what is quickly becoming the most populated country on earth, CAP uncover a like-minded politician in the form of New Democratic Party leader Jagmeet Singh. This politician isn’t merely observing from the wings:

“In a major development on the issue of the Khalistan Referendum voting in Canada, the country’s National Democratic Party (NDP) threw its weight behind the polling, calling it the basic human right of Canadian Sikhs enshrined in local and international laws.”

“NDP leader Jagmeet Singh  has supported Sikh peoples’ right to seek independence and create Khalistan through the means of a referendum. The issue of Khalistan Referendum has already created huge waves in Canadian internal politics.”

But wait just a cotton pickin’ minute. This Singh character was elected leader of a Canadian political party–not one based in India. Why then is he forgiven by Canadian media of working for non-Canadian interests?

The answer is simple: because he is Jagmeet Singh. Due to religious identity, he is untouchable by way of CBC, Toronto Star, and the rest.

“Given Canada’s lack of seriousness in countering Khalistani extremist terror finance, however, it is time for the Financial Action Task Force to grey-list America’s neighbour to the north.”

As espoused by the Globe and Mail. Not. It is only within non-Canadian and alternate media sources that information such as this can be found. Maclean’s magazine? Give it a rest.

In 2022, Canada is one hell of a strange country. Over the past seven years, Justin Trudeau and back-up boy Jagmeet Singh have transitioned our society away from its traditional identity.

Today, federal party leaders have solidified attitudes toward our country:

“To brazenly not follow public-health guidelines[Covid] puts people at risk and that is something that we’ve seen with extreme right-wing ideology.”

Turns out Mr. Singh doesn’t think much of Canada. But mention Khalistan, and  he transitions to the belle of the woke globalist ball. Justin Trudeau is cut from the same cloth. All of it perfectly fine and dandy by way of the Canadian press.

Bringing about the most salient question of all: what are these two political aberrations really up to? CAP cannot claim to understand the exact goal. Why on earth are Sikh and Islamic politics top priority for Trudeau and Singh?

“Rubin, while writing for the publication said that European police sought to crack down on extortion from militant groups threatening violence against ethnic communities unless businessmen gave the militants donations, as he recalled Trudeau government’s actions turning a blind eye to the situation.”

Wanna know what CAP think? Both Trudeau and Singh are operating an agenda of national transformation. Within fifty years, Canada will be unrecognisable as compared to its first 150 years of existence.

Justin Trudeau has been charged with the transformation. To ensure success, Jagmeet Singh was parachuted into the NDP leadership position to play back-up to the globalist intentions of Mr. Trudeau.

This is why Sikhism and Islam have been allotted special privilege and priority in Canada. Media say nothing– they are being paid by the Liberals to keep their traps shut on these matters.

Media distortion continues to keep Trudeau competitive in the polls. The curious case of the transition from first world democracy to third world authoritarian state continues to roll.

“The Centre has asked the Canadian Government to act against those who promote terror and violence against the largest democracy[India] in the world.”

Oh, for sure, eh? This and two toonies will get get you a cup of coffee at your local Tim Horton’s location.