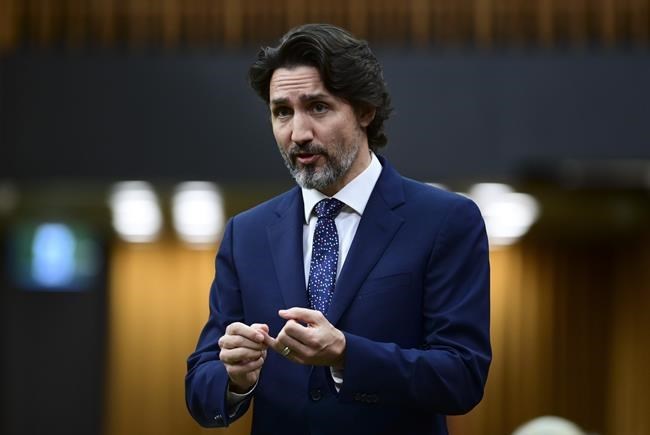 Deng Xiaoping,  who served as leader of the People’s Republic of China (PRC) from 1978 to 1989, was known for issuing the following statement:

“If you open the window, both fresh air and flies will be blown in.” His words are  considered to be the political and ideological basis of China’s Great Internet Firewall.

The purpose of the GFW for internet censorship in China is to block access to selected foreign websites. Other measures include limiting access to foreign information sources, blocking foreign internet tools such as Google Search, Facebook, Twitter, as well as mobile apps.

As it happens, major consternation within Canadian society has developed in response to the Trudeau government’s introduction of pending internet censorship in the form of Bill C-10.

“Liberal Heritage Minister Stephen Guilbeault has promised that his legislation will target content and Internet sites and services anywhere in the world provided it is accessible to Canadians. The obvious implications is that the government plans to introduce mandated content blocking to keep such content out of Canada as a so-called last resort.”

The very same internet structure exists in China. How many times has Cultural Action Party referenced the symbiotic relationship between Justin Trudeau, the Liberal Party, and communist China?

Frankly, we have lost count. Conversely, legacy media in Canada haven’t forgotten the number–because there are no numbers to count.

What we have here is another brick in the wall as Justin Trudeau morphs our nation toward pseudo-communist status. Contrast this with the casual nature under which neo-communism is creeping into Canada. It really appears to be no big deal at all.

Naturally, there is a reason for this. It is the result of a coordinated agenda of seduction on the part of government and media.  Yes, Canadians may read a piece of criticism on Trudeau from the National Post. Sure, citizens will read  negative comments in the Globe & Mail.

It’s all part of the plan. After all, if the news was 100% pro-Trudeau, Canadians would trust media even less than they do at present. Therefore, what must occur can be referred to as pre-conceived oscillation. In order to make things believable, media must mix positive and negative within their messaging.

As an aside, the same process  exists regarding NDP leader Jagmeet Singh’s intermittent condemnation of Justin Trudeau. In order for it to appear that he does not exist to reinforce the Trudeau dictatorship, Mr. Singh throws out the odd piece of Liberal condemnation.

“One of the reasons that the government finds itself committed to a dubious policy is that it did not conduct a public consultation.  Minister Guilbeault has admitted the public has not been consulted, which he has tried to justify by claiming that it can participate in the committee review or in the development of implementation guidelines once the bill becomes law.”

Unbelievable. Or it would be, if we were not living in Great Reset Canada. “No public consultation” –a Liberal Party standard if their ever was one. For government to state that citizens can offer input after the law is established is an insult to Canadian democracy.

Then again, since when have the Liberals given a flying fig about democratic process? Pierre Trudeau certainly didn’t. And of course, public input or the will of the majority is anathema for Justin Trudeau.

What a disgrace all of this communist-infused malarky is. Yet, even worse is the fact that everything Trudeau and Stephen Guilbeaut want in terms of China-like internet censorship will come to fruition.

After which, Canada will continue walking the plank toward the end of democratic governance. Circling in the waters are the Great Reset sharks, sure to make mince meat out those who push-back against Canada’s transition to dictatorship status.