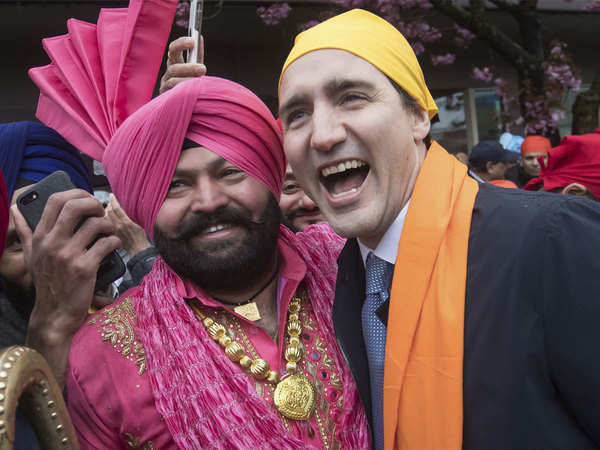 According to CTV News, Prime Minister Justin Trudeau says the habit of wearing a mask during the COVID-19 pandemic might be changing Quebecers’ views on the province’s religious symbols ban.

“The law was adopted in June 2019 and prohibits public sector workers who are deemed to be in positions of authority, including teachers, police officers and judges, from wearing religious symbols such as hijabs and turbans on the job.”

Quebec Premier Francois Legault agrees. He has responded by saying that “Quebecers know the difference between a mask protecting against a virus and a mask worn for religious reasons.”

More than likely, so do 98% of Canadians.  Not that this will stop Justin Trudeau from drawing a baseless connection between two articles of cloth. Furthermore, his inanity will have zero impact upon his popularity. Patriots can pray until the cows come home at an Alberta beef farm, and nothing in heaven or earth will prevent Mr. Trudeau from leading in federal political polls.

It is with some reticence that CAP mention a theory that exists in this regard. Some folks believe the Covid mask is part of a calculated agenda to condition an acceptance of religious head coverings within western society.

In the meantime, four full years have passed without any form of resolution or media articulation on the status of a Syrian refugee on trial for the murder of 13-year old Canadian school girl Marissa Shen.

The Covid-Hijab dynamic does validate one thought: no matter how far-fetched the concept is regarding Islamophobia within society, Justin Trudeau is there to push non-reality forward.