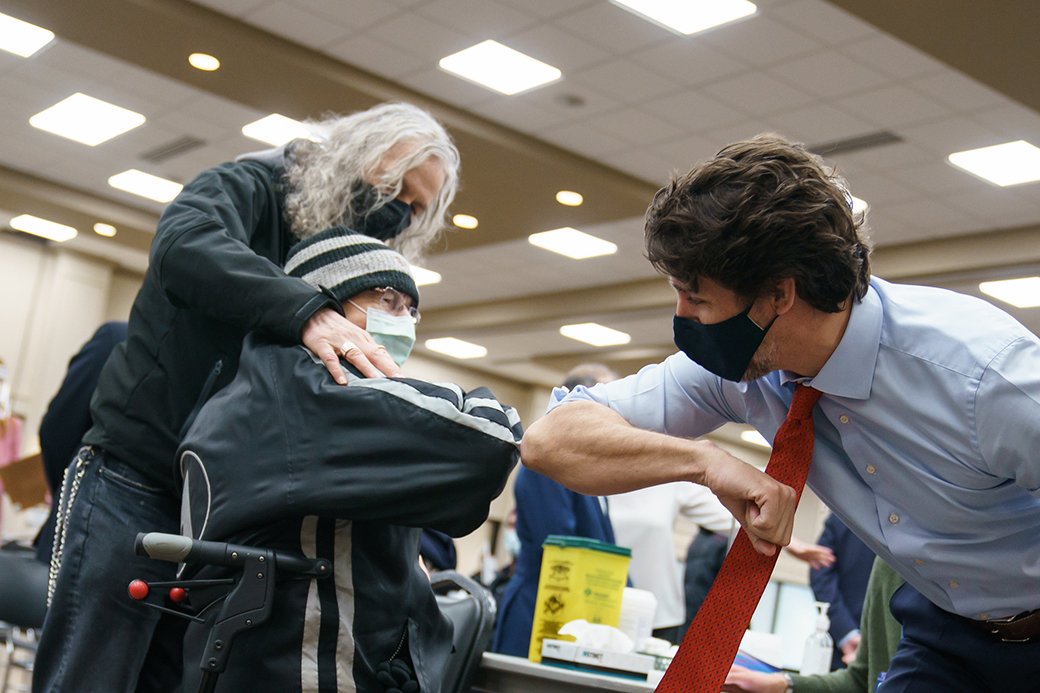 According to Post Millennial News, the Liberal government of Canada has announced that Canadians “whose only medical condition is a mental illness will be eligible for MAID starting March 2023.”

From Sunny Ways to the Fascist Follies? What amazes Cultural Action Party more than anything is the banal manner in which Canadian society is accepting this what can fairly be described as a neo-fascist government policy.

In her book “The Banality of Evil” published after the second world war, Psychologist Hannah Arendt wrote of the casual nature in which a society comes to accept political fascism.

“Arendt dubbed these collective characteristics of Adolph Eichmann ‘the banality of evil’: he was not inherently evil, but merely shallow and clueless, a ‘joiner’, in the words of one contemporary interpreter of Arendt’s thesis: he was a man who drifted into the party in search of purpose and direction, not out of deep ideological belief.”

Shades of Canada’s current supreme leader? CAP remain entirely skeptical of Trudeau’s motive for transitioning our society to the assisted-dying capital of the planet.

Let’s hear it for our nation’s “King of Kings” of assisted dying. Throughout the process, mainstream media have fully embraces the banality ticket.  For CBC, CTV, Globe & Mail and the rest, it’s casual day in Canada.

Trudeau’s Liberals set up a systemic elderly removal service, while media treat it as so much grist-for-the-mill.

Incredible, eh? In reality–not so much. Have patriots heard the news? Justin Trudeau is transforming Canada into a neo-communist authoritarian state. Not to worry though, the Toronto Maple Leafs are doing well in NHL Hockey.

“Changes are being made to Medical Assitance in Dying (MAID) which will expand eligibility criteria to eliminate the “reasonable foreseeability of natural death” criterion. This means that it will no longer be required for a person’s death to be reasonably foreseeable to receive MAID services.”

Crikey– the Liberals have even appropriated what author of “1984” George Orwell referred to a “Wordspeak.”

Don’t you know? Euthanasia is a “service”– as in when a maid cleans your hotel room. It’s MAID, not the expiry of an elderly Canadian citizen. And what, pray-tell, can the true motivation be?

“Medical assistance in dying could reduce annual health care spending across Canada by between $34.7 million and $138.8 million, exceeding the $1.5–$14.8 million in direct costs associated with its implementation.”

Well then, let’s roll out those stretchers and get into it. The cost-versus-breathing scenario tells all. How utilitarian it all is– as it is found in, for example, communist China.

Cases exist in which the potentially dead claim they are being push by health experts to take their own lives. How pseudo-fascist it all is.

Here in Canada, society has been undergoing its own form of revolution since October 19th, 2015. This was the day that a merely shallow and clueless joiner by the name of Justin Trudeau took control of Canadian society.

Is Trudeau and his Liberal Cabinet walking Canada down the plank to a complete transformation within society. CBC won’t say so, nor will Toronto Star or National Post.

How a government treats their citizens reflects the true nature of a society. No longer serving a utilitarian purpose, it’s off to the back of the line for Canada’s useless elderly population.

What a surprise it is that 90% of the recipients are drawn from our “Old Stock” communities.

4 thoughts on “Trudeau Rolls Out Euthanasia For Mentally Challenged Canadians”