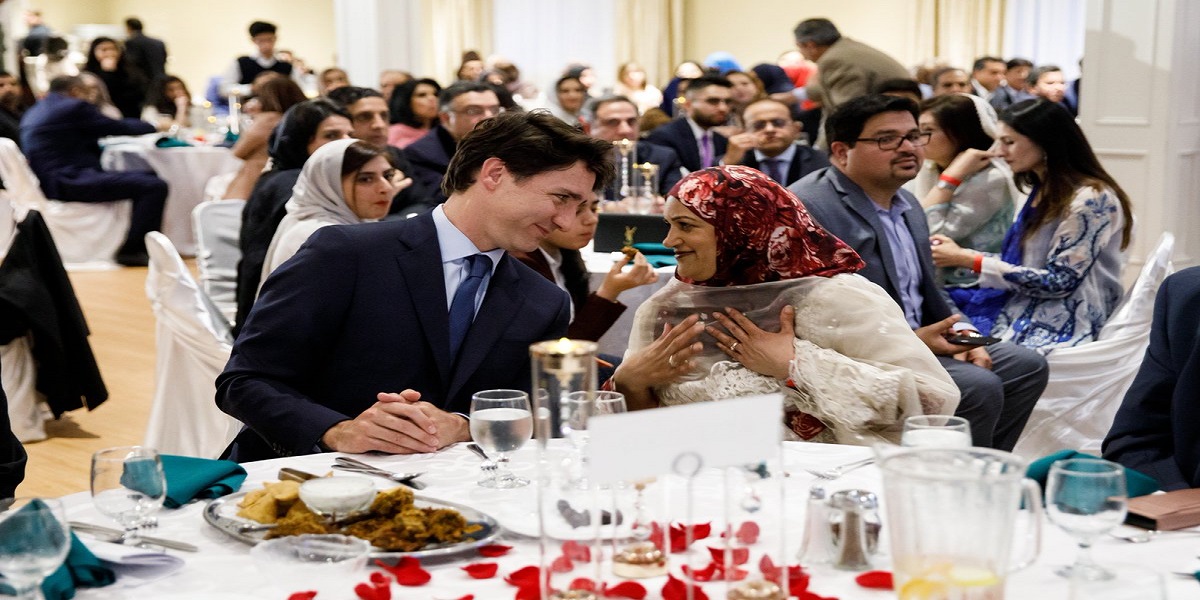 “After years of somehow evading scrutiny, one of the last federal programs to still bear the name ‘Christmas’ appears to have finally been purged.”

Evading scrutiny? Sounds like mainstream media in Canada want Christmas wiped off the map as much as PM Justin Trudeau wishes for it to happen.

Now, our prime minister has done exactly that:

“Until last year, the Department of Canadian Heritage ran an annual program titled Christmas Lights Across Canada, which lit up federal sites across the Ottawa region from Dec 8 to Jan. 8.”

Ah, yes– the Canadian Department of Heritage– Argentinian import Pablo Rodriguez, Minister of Heritage. Concerned Canadians know who this guy is. Working to implement the greatest impediment of freedom of speech in modern history, Mr. Rodriguez has been tasked by PM Trudeau with censoring the internet in Canada.

Ironic it is that the greatest destroyer of Canadian heritage is the Liberal Minister of Heritage. Then again, perhaps it’s not so strange– when considering that our current prime minister is in charge of decimating Canadian cultural identity in totality.

With his signature on federal government Christmas cancellation, Trudeau continues his assault on Christian Canada.

“Today, Muslims in Canada and around the world begin observing the sacred month of Ramadan. Whether it’s getting together with family and friends, keeping fast, or sitting down for Iftar—Ramadan means something different to everyone. But it remains one of the holiest holidays in the Muslim community. It’s a time for prayer,a time for reflection and self-restraint, and a time to celebrate the values at the core of Islam.”

Guess we know where this guy is coming from, eh?

Blatant, obvious, tangible– and not a word from mainstream media. After which Justin Trudeau cancels Christmas in Canada as endorsed by our Liberal government.

“It’s not clear what prompted the name change, although Christmas Lights Across Canada had proved remarkably obstinate at clinging to its original moniker long after every Christmas event on Parliament Hill became a “holiday gala” and most MPs were sending out “holiday cards” instead of Christmas cards.”

Upon which CAP call on Canadian patriots to laugh in media’s face. “It’s not clear” what prompted the name change, says journalist Tristan Hopper. Where do these people go to school– the “Karl Marx Academy of Democratic Destruction?”

What a moron. Christmas is being systemically eroded by Trudeau and the Liberals. Mr. Trudeau, “dedicated follower of communist fashion,” is in the process of wiping Christianity from the Canadian map.

Check out this piece of “non-news.”

“Legislators have introduced a resolution in the Ohio House of Representatives urging the U.S. Commission on International Religious Freedom(USCIRF) to add Canada to its Religious Persecution Watch List.”

Pourquoi? For our Liberal government’s treatment of Christian-Canadians, that’s why.

According to Statistics Canada, 67.3% of citizens report an affiliation with the Christian faith(2011). Within the world of media control, the publisher of Globe and Mail is a fellow named Peter Crawley. It’s editor-in-chief is David Wamsley. Publisher of the Toronto Star is Jordan Bitove. Editor of the National Post is Ann Marie-Owens.

And not one of them has a problem with the Liberal’s systemic decimation of Christmas? Who are these people working for, anyway? Truly, it’s the $8,888,888 million dollar question.

Extent to which CBC, CTV, Globe & Mail and Toronto Star reference these realities? That would be nothing at all.

Is Canada going full-commie? Or is that full anti-Christianity? Whatever it is, the data is in, the tallies counted, and the conclusion drawn:

Justin Trudeau is anti-Christian, because for one thing, he’s a communist. This man has been tasked with transitioning our nation into a 3rd World-dominated authoritarian state.

The Liberal’s striking of the Christmas holiday from the record indicates another incremental step in Justin Trudeau Woke Revolution agenda for our country.

4 thoughts on “Trudeau Removes Christmas From All Government Communications”