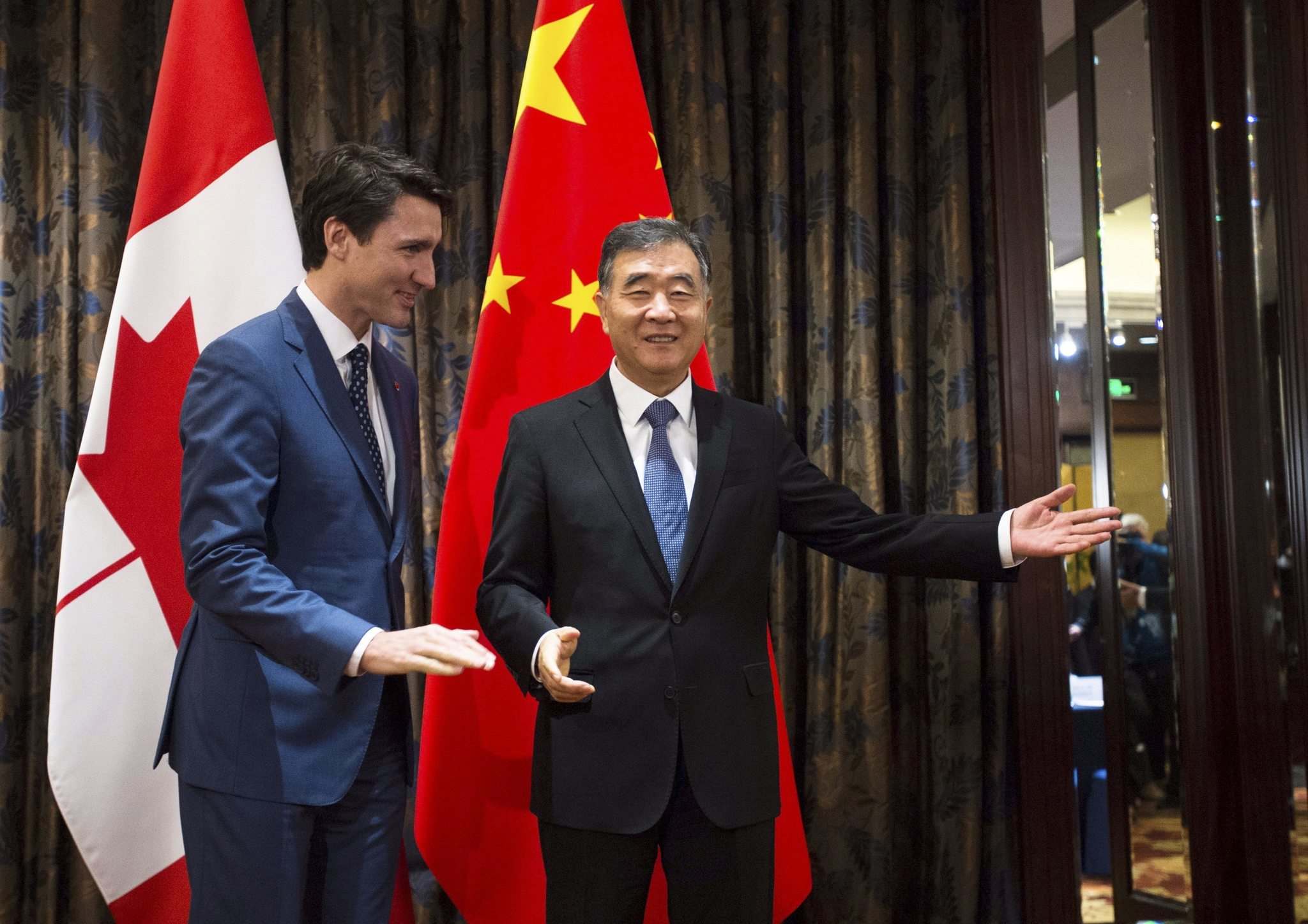 “The United States government stated that the WHO’s conduct and its failure to play any effective role in containing the global SARS-CoV-2 pandemic should be subjected to an independent review.”

“German, Polish and Dutch governments have rebuked Beijing for its bullying and its threats to withhold “aid” contributions.”

U.K. Foreign Secretary, Dominic Raab, stated that Britain wants a thorough investigation into the matter of how the coronavirus spread like wildfire from Wuhan.

Then, there is the prime minister of Canada, Justin Trudeau. He and his Liberal government have not endorsed any aspect of the pan-national pushback toward Beijing.

There must be a reason for this curious outlier decision from Trudeau’s Liberals. Some suggest the non-compliance to simply rooted in fear.

For context, consider the fact that Liberal Minister of Health, MP Patty Hadju, has neither questioned nor critiqued any aspect of China’s role in the dissemination of the world-wide pandemic. Nor have key Cabinet members, such as Liberal Immigration Minister MP Marco Mendicino, or Liberal Foreign Affairs Minister, MP Francois Philippe-Champagne.

CAP does not see this as political positioning based upon fear. Rather, our decades of experience in Sino-Canadian relations informs us something very different:

In specious terms, the Liberal Party of Canada are Beijing’s “puppet party.”

Research the relationship between several China-centric Canadian entities with the behemoth nation. Try beginning in the year 1850, when Bank of Montreal(BMO) first began to “partner” with the government of China.

Next, kindly move to an organization called the Canada-China Business Council. Here you find that CCBC executives in Canada are pulled from the Board Of Directors of BMO.

Try another politician named Yuen Pau Woo. This man is possibly the single greatest China-pusher in modern Canadian history. A former CEO of China-centric Asia Pacific Foundation of Canada, Mr. Woo once lobbied government to teach Chinese languages in Canadian elementary schools. As in, every single public school in Canada.

After which, Justin Trudeau appointed him to another Senate-lead position. China-friendly much, Mr. Trudeau. Who founded Canada-China Business Council?

Hope so—because 95% of Canadians know nothing of all this Sino-friendly malarky. Why? Because our citizenship is not supposed to be aware. For this purpose, CBC, CTV, Globe & Mail and Toronto Star hide away all facets of this nefarious behaviour.

This is “post-modern” Canada. It is the leader of your nation, and his communist-enthusiast family. It is Liberalism in the dying Great White North.

According to Canada’s National Post, “This week, the European Union’s 27 member states joined Australia’s call for an independent international investigation into the origins of the virus and its spread around the world.”

The EU has announced that it intends to co-sponsor a resolution calling for an independent review when the World Health Assembly meets on May 18, 2020.

“Beijing has made it plain that supreme ruler Xi Jinping is dead set against the idea of an independent inquiry.”

Blimey—it appears that PM Justin Trudeau may as well be sitting at the Chinese despot’s right-hand side.

Surprised? CAP sure a heck isn’t. What is it again that we stated from the first week Mr. Trudeau captured the crown of Canada? Oh yes—that this man is a political puppet for the giant of the Far East.

Buried By Media: Brother Of PM, Alexandre Trudeau, Speaks Of PREFERENCE FOR CHINA Over Canada

But what is equally sad is the reaction of Canadian mainstream media. Apart from the odd piece of intrigue, there exists not a speck of social outrage at the Liberal Government’s blatant support of the communist regime.

What can Canucks lean from this situation? Political dogma is uncalled for here. Rather, CAP offer ideas, thoughts and conjecture:

Justin Trudeau, brother Alexandre Trudeau and Pierre Trudeau before have all venerated China to no end. Media never string together this fact, nor do they deliver any form of condemnation of this reality.

Therefore, one may conclude that CBC and the rest are in the Communist China “protection business.” What else do they protect?

How about the idea that Trudeau and the Liberals are today functioning as China’s conduit for North America—or perhaps the entire planet. Furthermore, there is a “school of thought”— mainly CAP’s— that PM Trudeau is in the process of trans-itioning Canada into a pseudo-communist state in the spirit of Papa Pierre’s lifelong hero, Chairman Mao Tse Tung.

Therefore, it is not simply fear. It is government EMULATION. True, or not true— when government and media function as a single unit, this is emblematic of communist methodology.

Now there is a piece of logic. Therefore, automatically, CBC and the others will never expose this to the citizens of Canada.

Why do we say this? Simple as pie—because Trudeau eschews logic regarding EVERY issue related to the health, welfare, and “good fortune” for Canadian-born citizens and voters.

China? Iran? Punjab? They are “king of the hill” for King Justin. Media reveal nothing as Mr. Trudeau leads Canada to a covert transition from democracy to dictatorship.