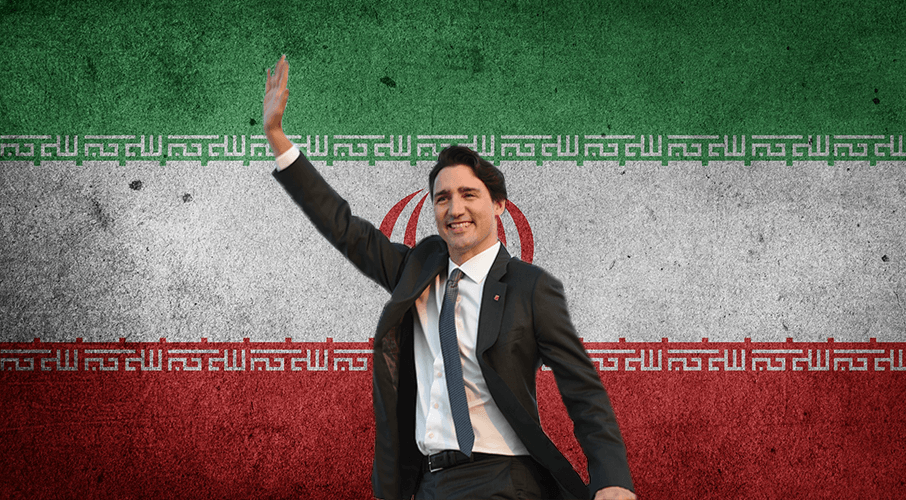 From Justin Trudeau’s first week in office, Cultural Action Party of Canada could “smell a rat.” As it happened the odour emanating from the ruling Liberal government is decidedly communist.

Heritage Minister Steven Guilbeault told CTV News on Sunday that the Liberal government would require media outlets to have government licences in order to operate in Canada. The statement came in response to several suggestions made by a government report on telecom and broadcast reforms.

Guilbeault later back-pedalled on the comments, claiming he was “misunderstood.” In CAP’s opinion, this is a lie.

In Canada, press freedom is affirmed by the Charter of Rights and Freedoms. However, there are many other countries that do not have this fundamental freedom.

Licensing, accreditation and government censorship are a few of the many ways authoritarian regimes quash freedom of the press.

Here are some of the worst offenders worldwide where governments limit free and open media.

Now, Justin Trudeau wants the media structure found in some of the world’s most regressive nations to be entrenched within Canadian society. Then, Trudeau runs to Africa as an ambassador of “progressive” politics.

If this doesn’t capture the hypocrisy of this miscreant PM, what does? Of course, it really doesn’t make a difference what transpires–CBC and mainstream Canadian media will bury the truth regardless.

Journalists are regularly arrested and tortured by the regime of Crown Prince Mohammed bin Salman in Saudi Arabia.

A 2011 law requires anyone who publishes news or commentary, including blogs and websites, to register with the Ministry of Culture and Information.

Okay, so Trudeau’s media plan is an emulation of that in Saudi Arabia. As for arresting journalists, is it not a fact that the Trudeau government is now harassing right-leaning journalist Ezra Levant of Rebel News?

Yes, it is true–and it is also a sign of a government beginning to engage in socialist, Orwellian oppression toward media– something Mr. Orwell told us is emblematic of a communist society.

Saudi blogger and dissident Raid Badawi has been imprisoned in the country since 2012  for allegedly “insulting Islam” and promoting liberalism. Badawi was sentenced to serve 10 years in prison and receive 1000 lashes.

In 2020 Canada, insulting Islam can also result in punitive damages toward citizens. This occurred by way of PM Trudeau’s approval of the M103 “Islamophobia” motion. Yet another example of how out government are subtly shifting Canada’s political orientation from freedom and democracy to a pseudo-totalitarian state.

The Islamic Republic of Iran regularly jails journalists and those critical of its regime. Authorities have used harsh prison sentences, corporal punishment in the forms of lashings, harassment and surveillance to curb freedom of the press in the country.

Journalists who hope to work in Iran are required to receive accreditation from the government which can be revoked or suspended at any time.

Written in Iran’s constitution are requirements for the press to promote Islamist principles and not be critical of the regime.

All television and radio broadcasting is controlled by the Iranian government and newspapers are tied to political parties or powerful elites.

Did you know? The brother of our current prime minister, Alexandre Trudeau, directed a film which was financed by the government of Iran. Based upon the above, it is literally impossible for this film to be anything but 100% pro-Iran–and therefore entirely pro-Islam.

Degree of media focus on Alexandre Trudeau’s dedication to the fundamentalist Islamic regime of Iran? Nothing– not one word. Such are the favours CBC do for the commie-loving Trudeau clan.

The entire charade speaks of one common theme: Subtly, steadily and incrementally the Trudeau government are transitioning Canada from democracy to dictatorship. The signs are manifold and blatant, but the media cover-up is thus far entirely effective.

Justin Trudeau is successfully fooling Canadians into believing a form of altruism lies at the heart of government behaviour. Fellow patriots, do yourselves a favour–throw this idea in the nearest trash bin you can find.

— Our nation is, in reality, a one-party state. The Conservatives will never again win another federal election.

— Our government are transitioning Canada away from freedom and democracy, and toward becoming a pseudo-totalitarian nation.

— The Liberal government fully support the Nation of Islam while vilifying the Christian religion. Islam will in time replace Christianity as Canada’s most powerful religious community.

— Justin Trudeau and Ahmed Hussen–currently selling the soul of Canada to Africa with a major “diplomatic” venture–are working to transform Anglophone Canadians into a minority community.

— The goal of these foreign diplomacy trips is to import enough 3rd world voters to win all 338 seats in Parliament, thereby rendering democratic process an exercise in futility. A dictatorship is to result from the program.

Then, we have what CBC and Globe & Mail tell us–which is, of course, everything BUT what is being articulated within this article.

Wanna buy a used fascist regime?  In truth, a purchase won’t be necessary. One day in the future the people of Canada will awaken to an obvious truth: Justin Trudeau just transformed your Canada into a neo-fascist state.

With files from True North News.