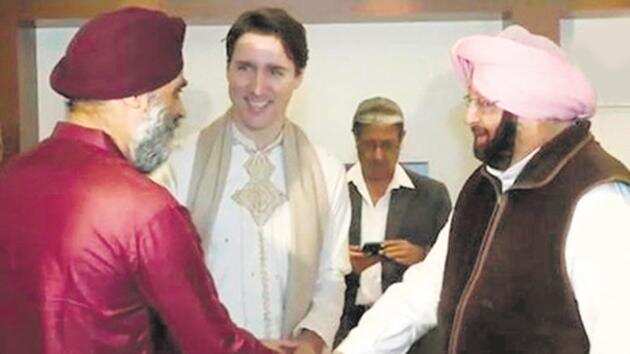 “Politics, for some people today, is what fundamentalist religions were in days past: a field of doctrines and dogmas, along with punishments and secular hellfire for those who do not believe.”

So writes Canadian scholar Rex Murphy in an article recently published by the National Post.

What an astute observation. Being a long term proponent of such beliefs, Cultural Action Party cannot help but present the following question:

Are these “fundamentalist beliefs” strictly found in days passed?”  It’s not as if the world in 2021 is devoid of religious fundamentalism. Many nations today are controlled by theocratic governments adhering to fundamentalist religious belief.

Not that CAP cannot see what Rex Murphy is getting at. In reference to a recent banning of several classic Dr. Seuss children’s books, Mr. Murphy speaks of a brand of post-modern fundamentalism penetrating democratic societies.

“The current purge of the unenlightened — via progressive censorship, internet blocking, dismissal from corporations or universities, ostracism — are unworthy of the inheritance of freedom and democracy the countries of the West have received through the blood, sweat and tears of those who came before us.”

A beautifully expressed statement. Let us now expand upon these ideas. What stands out is that in no manner has Prime Minister Justin Trudeau worked to prevent the developments of which Murphy speaks.

Conversely, PM Trudeau and his Liberal government are advancing these measures in a major capacity. In this we find the secret to the erosion of freedom and democracy in the modern era.

The transformation Rex Murphy speaks of is, in the opinion of Cultural Action Party, the true agenda of our ruling Liberal government.

“The problem lies in a new, or at least emergent, understanding of politics itself; of overbearing adherence to ideological certitudes.”

Ideological certitudes are fundamentalist. What we have here is known as “dogma.”

“Dogma means the doctrine of belief in a religion or a political system. The literal meaning of dogma in ancient Greek was “something that seems true.” These days, dogma is more absolute. If you believe in a certain religion or philosophy, you believe in its dogma, or core assumptions.”

In terms of political dogma, an excellent example is found in communist China. Government mandates public behaviour. Deviate from this, and face punishment. Free-thinking is discouraged. The role of a citizen is to devote themselves to the state–even more so than family.

In terms of religious dogma, nations such as Iran, Saudi Arabia, Afghanistan and Pakistan provide quintessential blueprints. Criticize state religion, and go to prison. If a citizen does not adhere to said religion, they will face punitive measures from government, of which is possible death. Yet, according to Trudeau, it is Canada which is systemically racist.

Is it fair to say that Rex Murphy is driving at the idea that Justin Trudeau and the Liberals have infused these policies into society, but in a secular capacity? Interesting to note how the purveyors of such– China and Iran in particular– have become influential forces in Canada during Trudeau’s tenure as PM.

For CAP, Justin Trudeau has since day one been pushing our country toward a state of pseudo-communism. Steadily, incrementally, our freedoms have eroded, to be replaced by draconian rule under which the public has no influence.

CAP has always seen Justin Trudeau as a political “holy-roller.” Ideologically cast-in-stone, Mr. Trudeau is hell-bent on transforming Canada into a country not a single citizen voted for.

Is our current prime minister a modern-day “disciple” of religious and communist fundamentalism? It well appears a replication of fundamentalist societies so admired by Justin Trudeau becomes more of a reality with each passing day.