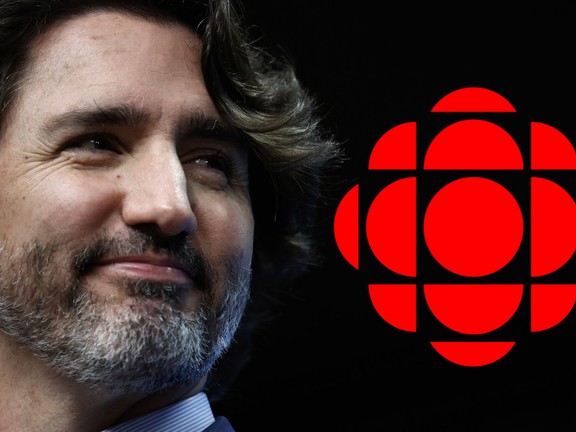 Canada’s spy agency CSIS has warned that China’s efforts to distort the news and influence media outlets in Canada “have become normalized.”

“Critics are renewing calls for Ottawa to take a far tougher approach to foreign media interference.”

The warning contains briefing documents drafted for Canadian Security Intelligence Service(CSIS) Director David Vigneault in preparation for a meeting he had with Prime Minister Justin Trudeau in December, 2021.

The extent to which PM Justin Trudeau has taken action to stop these developments hovers between zero and nothing. In fact, China’s influence on Canadian society continues to expand as our ruling Liberal government continue to kow-tow to communist China.

“These operations eschew official bilateral police and judicial cooperation and show the worrying growth of ‘transnational repression’ and long-arm policing by the Chinese Communist Party (CCP).”

CAP wonder if readers agree with this statement:

Over the course of seven years that Justin Trudeau has been prime minister, the growth of Chinese government influence on Canadian society has grown exponentially.

Although multiple reports in media have expressed outrage at the installation of Chinese police stations in Canada, Trudeau and the Liberals have been strangely silent. Then again, perhaps it is not so strange.

Legacy media has intentionally steered clear of a critical ramification of the Covid pandemic. Since its advent– or stimulated by it– Justin Trudeau has been utilizing Covid to weave a neo-communist agenda into the fabric of Canadian society.

CAP has made the distinction before: it’s one thing for PM Trudeau to “admire” communist China; it’s quite another to emulate their form of governance. Witness as our society becomes conditioned to accept a draconian legal and social structure not unlike what is found in China on a daily basis.

Just this week, ex-Conservative Party Leader Erin O’Toole issued a brazen statement to the press. O’Toole is quoted as stating that “he would have become prime minister just over a year ago, if a resurgence of Covid in the final week of the general election campaign hadn’t spooked voters.”

Interviewed by the National Post’s John Ivison, the article fails to emphasize a critical concept. Covid comes from China. From its original ground central Wuhan location, the deadly virus disseminated throughout the planet. Mainstream media refrain from articulating such a basic element of the big picture.

“I am monitoring this issue, and how the three-levels of government in Canada view this, how our media view it, and how the communities perceive it. This is the first time that I have ever seen a foreign government’s police department publicly establishing a branch here [in Canada]. I find it a very absurd and very rampant operation,” Fung said.

Three levels of government– Municipal, Provincial and Federal. None of which has stood up and condemned the actions of the Chinese government.Talk about political alignment. When it comes to the behemoth “Big Brother” nation, Canadian politicians turn a proverbial blind eye.

China’s influence in Canada today spans government, elections, media, education, and business. Is it possible that all this political subterfuge has a preconceived purpose? Is our nation being led down an incremental path toward an erasure of democracy, and its replacement with neo-communism?

CAP believe it to be entirely possible. Justin Trudeau is a prime minister like no other–including his assumed parent Pierre Trudeau. National sovereignty be damned. Trudeau PM’s love nothing more than to transition Canadian society away from its historical identity.

“The federal Liberals have long shied away from confrontation with the Chinese Communist Party (CCP), but, as with all bullies, acquiescing to them results not in peace, but undaunted escalation.”

Escalation of what? How about…social chaos. It’s not peace which stimulates the  neo-socialist revolution Justin Trudeau is forcing upon Canada. No one knows this better than China, where 10-20 million citizens died as a result of Chairman Mao’s Communist Revolution.

“China is extending the grip of its Orwellian police state into this country, with no worry about being confronted by our own national security agencies.”

Justin Trudeau has no interest in peace among Canadians. When it comes to transitioning Canada from democracy to dictatorship, social division is the name of the game.