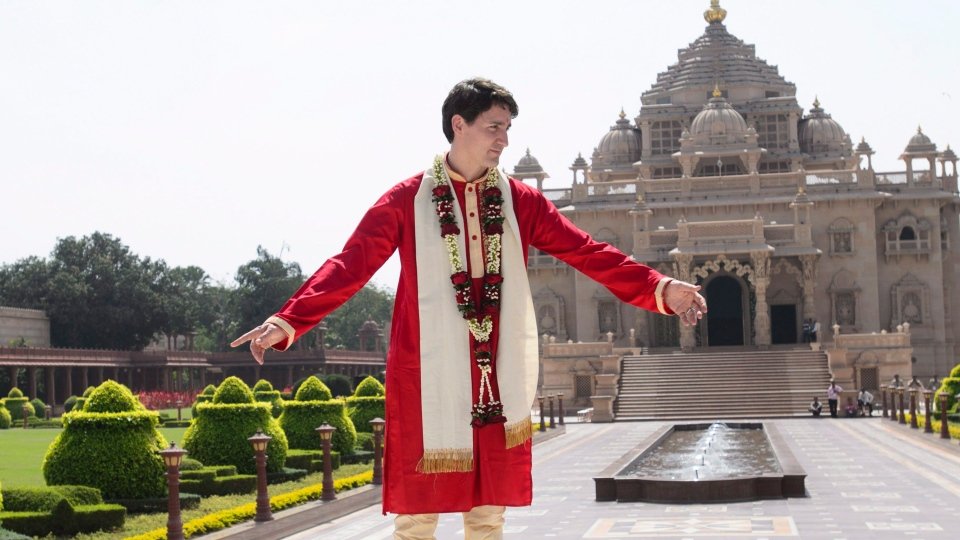 From the dawn of civilization, communities and entire countries have been transformed by external forces intent upon over-taking existing national structures.

This is not a historical dynamic that fades away over time. Countries continue to morph from one form of governance to another on a continuing basis. As most CAP readers comprehend, we believe this political transformation exists in Canada at the very moment.

For CAP, this is not “pending”–it exists in the here and now. To our way of thinking, Canada’s political and cultural transformation began at a specific point in history–the year 1968. This is when ex-Liberal Prime Minister Pierre Trudeau took control of our society–thus creating the beginning of the end of “traditional” Canada.

Since this  moment, Canada has been under assault by forces working to transform our nation into an entity not a single citizen requested, or voted for. This came in the form of multiculturalism, which instantaneously cancelled our previous bi-cultural English & French Canadian identity.

What transpired subsequently? Why, it’s the very thing CBC and media hide away from the consciousness of society. Ever since this time, the former “Great White North” has been “under attack from all sides.”

What Pierre Trudeau Gifted To Canada:

Mass Third World Immigration. The presence of the communist government of China within domestic affairs. Anti-Anglophone “diversity” ideology. Disempowerment of Parliament, empowerment of Liberal courts, lawyer and judges via Pierre’s Charter of Rights and Freedoms.

What Justin Trudeau Gifted to Canada:

Social empowerment for the Nation of Islam. M103 “Islamophobia” Motion. Communist-derived  media control. And much, much more.

Degree of media exposure of the cultural degeneration brought on from this father and son “tag-team” of socialist transformation– ZERO, not a damn word about it.

Naturally, there is more. In fact, for the past forty years, our country has been getting it from “all sides.”

Any other patriots notice this particular trend? Once King Justin “assumed the position” in 2015, yet another transition took place. During his initial term in office, our PM ensured that Anglophone-Canadians were indelibly stamped with the racist tag. This identifiable community  became the nemesis of society– a ubiquitous hater of Sikhs, Muslims, Blacks, First Nations, Jews and Chinese.

Now, as any political scientist worth their salt understands, in order to effective overthrow a society, a designated “demon” community is required. Was this the globalist end-game at hand in this situation?

Naturally, there is more. As it happened, the nations of the world at present are experiencing a new, “post-modern” form of invasion. This is called Coronavirus, or Covid-19.

Some believe Covid-19 is  a “post-modern” form of warfare. Regardless of accuracy, no one can state that the virus is not a form of “biological invasion.”

Question never posited by CTV, Globe & Mail or Toronto Star: Exactly how much of this invasive assault can Canada stand until our nation topples over politically, socially, or economically?

Dead silence. Seems media “forgot”–or overlooked– the fact that collectively all this global consternation may well trans-form Canada for all-time. For CAP, the downfall of our nation began with Pierre Trudeau, and may well come to completion under Justin Trudeau.

Mass immigration from China, India, Pakistan, Iran, Nigeria, Syria, and dozens of 3rd world nations–despite the Covid-19 epidemic. Did you know? In the midst of the pandemic, Justin Trudeau re-affirmed the highest immigration quota intake in Canadian history.

No cut-back, no re-adjustment–nothing but a full continuation of Justin Trudeau’s globalist assault upon Canadian society. What message does this deliver to 37.7 Million Canadian citizens?

CAP will go first: Not a heck of a lot, because Canadian media have refrained from enlightening the public of the facts. Why? There can only be a singular answer–because CBC etc work for government, and not the people.

Shades of communism rising? Of course it is. Why is it that the most transformative social developments in Canada– immigration source nations, Pierre Trudeau’s anti-white “multiculturalism,” as well as the 3rd world empowerment by way of the “Charter” are perpetually eschewed by Canadian media?

See what we are getting at here? Within King Trudeau’s Canada, the LARGEST social issues are the smallest concern for establishment media.

CAP Conclusion: Government and Media in collusion. In other words, a coordinated program of socialist-derived propaganda to “sedate the masses.”

Where else do we find the insidious agenda within society? Try McGill University. Or York, Or Ryerson, UBC, U of T, Concordia, and the rest. To add a third layer to the globalist assault, Canadian universities are chock full o’ English Canada-haters.

Random occurrence? Not a chance. These “schools” also sedate the masses, socialist-style. What we really have here is a three-headed hydra of globalist decimation. Our schools teach that Anglophone-Canadians are racists, bigots, xenophobes, land stealers, and genocidal maniacs. Our prime minister agrees with them.

In other words, these institutions teach Canadian children to “hate the heritage” of our nation. Rather than counter the belief system, Justin Trudeau jumped on-board. Add 3rd World migrant slave-driver MP Ahmed Hussen, as well as many other so-called Liberal political figures in Canada.

Government. Media. Academia–all working for a common social and ideological goal–the transformation of Canada away from a free and democratic society, and into a socialist nation-state.

Will Canada emerge from the Covid Crisis as a true democracy? Or is Corona the catalyst for our national downfall?

CAP believe this downfall to be 100% calculated. Meanwhile, media sit in total silence.