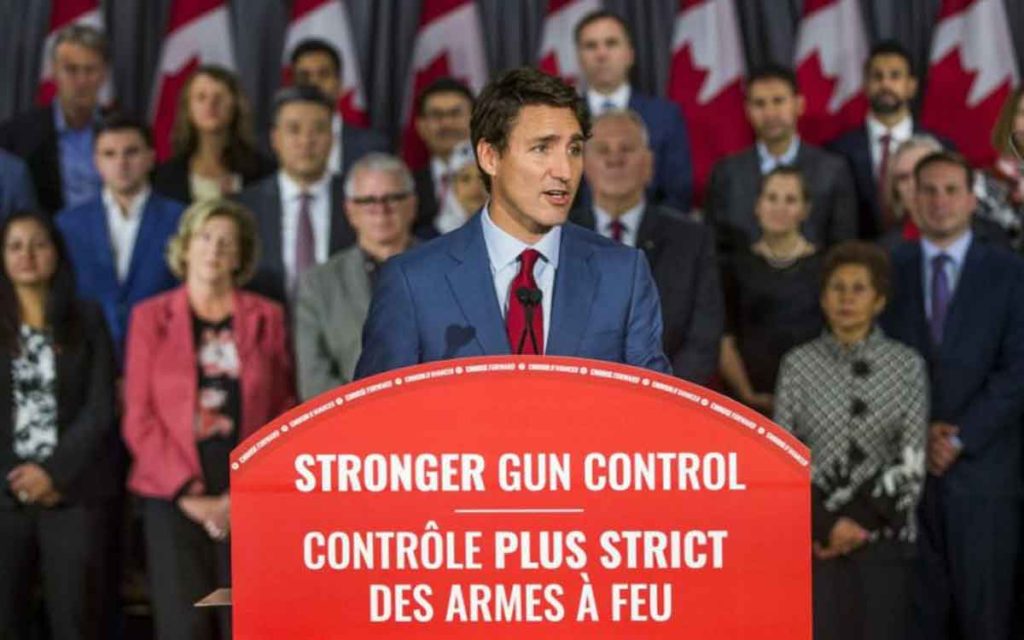 “Sickness is as sickness does” uttered a simpleton played by Tom Hanks in the film “Forrest Gump.”

Or perhaps not—this quote is a CAP “spin-off” from the original content. Yet, in reality, this says a great deal regarding contemporary Canadian society, and the ruling Liberal government of Justin Trudeau.

In what manifestation does this apply to PM Trudeau’s “post-modern” society? CAP will elucidate:

Canada is a sick society because it is today dominated by those who hate our nation—or at minimum, forces who despise the colonial foundation of the fading Great White North.

Roughly in order: Our prime minister, his Liberal cabinet, their establishment media partners, as well as their complicit tribe of Canadian “academics.”

Throw in hundreds upon hundreds of what the globalist title “multicultural” not-for-profit groups, as well as immigration and refugee advocates.

What has transpired as a result? CAP will focus upon two related incidents: The firing of Canadian icon Don Cherry from the iconic Hockey Night in Canada, and the recent branding of pop singer Bryan Adams as a “racist.”

Here we have two of Canada’s contemporary social “icons” as such, and both have been branded with the liberal-globalist CATTLE PROD of an accusation of racism.

What is truly mind-blowing about this situation? The Canada-haters are getting away with it. How odd-ball this is? Are we to believe “middle” Canada is so passive that they don’t give a damn?

Personally, I don’t believe this. Here is a point you can bet CBC will never allude to: unlike America, Canada has a limited number of public personalities that qualify as “iconic” Canadians.

Now, two of them are in the trash bin. Seems like certain forces in society wish to minimize pride in being Canadian even further. For CAP, this is telling.

To reduce Mr. Cherry and Mr. Adams to ignorant racists is to impede pride in Canadian identity. For CAP, this is an axiomatic goal of the globalist cultural assassins.

Who heads up this motley crew? Why, it is the person Canadians elected to lead their country, PM Justin Trudeau. In the “runner-up” position, CBC and corporate Canadian media.

Batting third, Canadian universities, academics and their bs lie of being “experts” in the field. For CAP, these types—especially of the “snowflake” variety—could not be bigger fools.

To add substance, let us compare “mythologies.”  How much energy does, for example, National Council of Canadian Muslims exert to trash their “own kind?”

Nothing is the correct answer. How about the World Sikh Organization? Same—for sure. Sikh- Canadians, Chinese Canadians, Muslim Canadians?

Nothing, zero, non-existent. Now. we move to liberal snowflake Anglophones in government, media and academia. How much energy to these types exert toward bad-mouthing and running down their own kind?

Simple: One HELL of a lot. It is here that the essence of Justin Trudeau’s Canada is to be found. “We” are self-flaggelators. Old Stock Canadians trash their kind with aplomb. “We” are the ONLY identifiable community in Canada which indulges in this masochistic social phenomenon.

WHY? After nearly four decades of following these issues, CAP feel we have a good answer:

Government, media and academic propaganda. We refer to this as the “three-headed hydra of globalist destruction. In the year 2020, the top man on the totem pole is—you guessed it— PM Justin Trudeau.

What follows is a perfectly logical question— what is the PURPOSE of this?

There has to  be one. No way all this is a random “coincidence.” How do we know this? Very simple to deduce— the process is 100% non-organic and unnatural.

Dear fellow patriot, please name another western democracy with this social structure embedded into their society. They don’t exist—therefore, Canada is what one would call a “marked” nation.

What We Are Marked For:

The decimation of democratic governance, freedom of speech, true community equality( Anglophones as pariah people), and related aspect of Mr. Trudeau’s transition of Canada from democracy to dictatorship.

It all makes such good sense—the very reason why 37.8 Million Canadians will never hear about this from CBC, CTV, Global News, Globe & Mail, the awful Chronicle Herald of Halifax, Calgary Herald and Montreal Gazette.

What to conclude? Frankly, anything our thousands of readers wish to. For CAP, the bottom-line meaning is that the Liberal government of Canada has “out-sourced” control of our country to foreign entities.

This is the real “post-modern” Canada. Bryan Adams, Don Cherry “be damned”— exactly what government, liberal-globalist media and Marxist academia have accomplished on behalf of non-Canadian globalist forces of the world.

If it were not for CBC and the rest of media, perhaps 90% of our populous would understand this in no-uncertain terms.