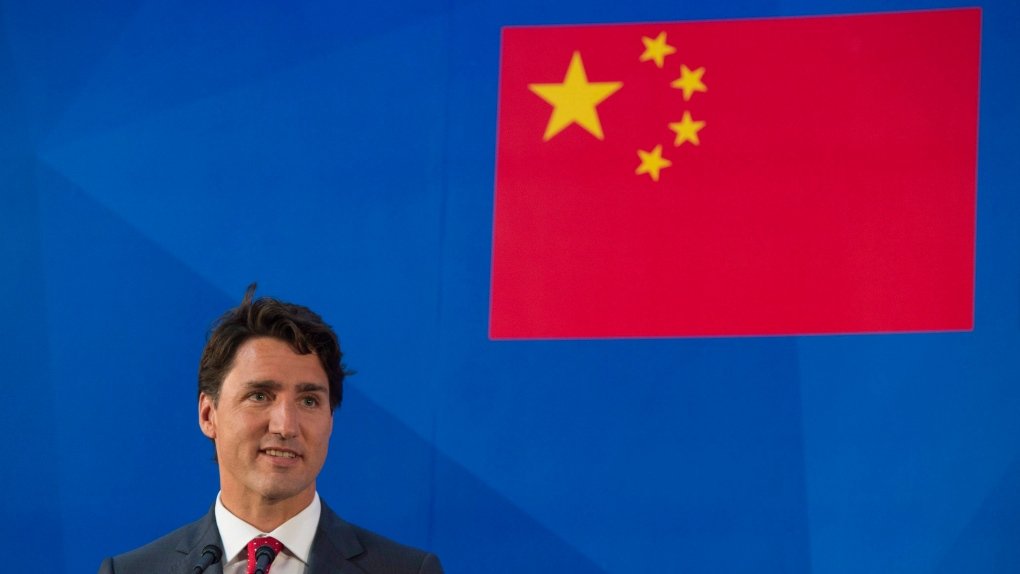 Under the auspices of Prime Minister Justin Trudeau, Canadian society has made yet another foray into a “business model” maintained by the communist government of China.

Yet again—away from the consciousness of Canadians– Justin Trudeau has again leveraged the international  Covid-19 virus to transition Canada into a “miniature” version of communist China.

Media interpretation from article source Bloomberg News? They eschew a most profound development— the Liberal Government of Canada are now in the business of emulating the business environment of communist China.

Feel free to inform CAP if you feel we are incorrect about the following:

In order to be successful, a trans-ition from democracy to socialism must be made incrementally. PM Trudeau’s plan of action must be executed on a  step-by-step, pre-meditated basis.

To make it too obvious may ruin the program. To progress too slowly will delay its time-sensitive success. 20th century history suggests this to be factual.

The process is not unlike climbing a ladder. With this “breaking news”story, yet another step has been scaled on our ruling government’s attempt to destroy democracy in Canada.

“The idea behind the warrant is to make sure that if the firm does well that Canadians, and Canadian taxpayers, share in that upside,”Finance Minister Bill Morneau told reporters Wednesday in Toronto.

The number one reason for this piece of government “altruism” is for the purpose of subtly shifting Canadian into a socialist nation-state.These are nations in which government control all aspects of society.

The real agenda is thus: Bill Morneau of the “Liberal Laurentian Mountain Elite” of Canada is cultivating the reliance of corporate business upon the Liberal government. Blimey– didn’t partner-in-arms Justin Trudeau just announce this piece of “altruism” toward the general citizenship of Canada?

See the duplicity inherent in this spectacle? Media have assisted these men in obscuring the fact that a dual Citizen-Corporate bail-out equates with a move toward a pseudo-communist society.

Why would CBC do this? Because they are a partner in the “socialist seduction” of 37.8 Million Canadians.

So can you hear it, brother and sister patriots! Your Canada will be dead within decades. In its stead, our post-modern dictatorship is to experience a societal transition unprecedented in all of Canadian history.

Here it is: Within Trudeau’s “neo-Canada,” a social inversion is taking place. It goes like this:

Once upon a time, British Colonialists came to what is today Canada. During the process, they treated Aboriginal Canada like dirt.

Over a century later, the prime minister of Canada is punishing the descendants of these founders–Anglophone Canadians. In PM Justin Trudeau’s mind, this is unforgivable— regardless of the fact that present-day Canadians have NOTHING to do with the terrible treatment.

Thus– in the minds of Trudeau, MP Ahmed Hussen and the rest of the Anglo-Canada haters, our people deserve to have our country STOLEN BACK from us.

How is this being accomplished?

Work to empower communist China within society. Create highest immigration quotas in history. Flood Canada with so many 3rd World migrants that in time all federal ridings transition to Liberal-3rd World political strongholds.

Finally– buy up the nation’s media in order to ensure 90% of Canadians do not discover this plan of national trans-formation.

This is your prime minister. It is the Liberal cabinet and caucus, as well as state-controlled CBC Corporation.

So “master of disaster” Justin Trudeau is now offering for government to take ownership of Canada’s leading corporations. In China, their communist government control all major corporations.

Extra! Extra! Trudeau emulates China as another incremental step toward our transition from western-style democracy to social-style dictatorship is forced upon our nation.

And here CBC, Globe & Mail and Toronto Star are still laughingly referring to Canada as a true “democratic” nation. Bollocks to this– it’s a straight-up lie.