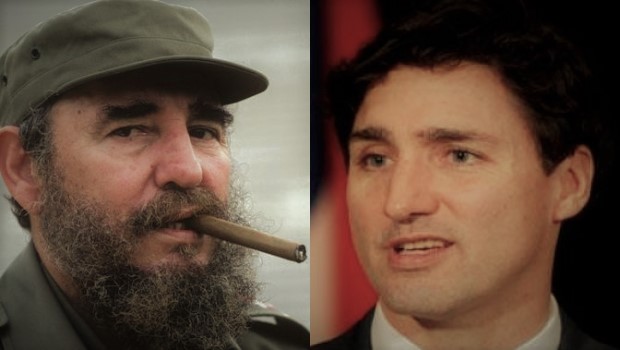 Throughout history, revolutions have arrived in a variety of permutations. In some cases, the general public understood the circumstances. In others, its application is subtle in nature. In most cases, a revolutionary leader drives national transformation. Generally, public awareness of this political figure is well understood.

It is not the case in what can be described as PM Justin Trudeau’s “Woke Revolution” of 2022. Due to media obfuscation, a majority of Canadians have yet to comprehend the idea that a real and tangible form of social revolution is presently occurring in our country.

A look at revolutionary history brings interested parties to what is arguably our Liberal government’s template. It is not exclusive in nature. The Trudeau revolution assimilates policy from a number of historical and contemporary societies.

Among them, the Cuban Revolution of 1959 is a stand-out. To review Dictator Fidel Castro’s social policy at the turn of the decade reveals fascinating parallels to present-day Canada.

“The revolution of 1959 changed race relations drastically. Institutionally speaking, Cubans of color benefited disproportionately from revolutionary reform. After the overthrow of the Batista regime, Fidel Castro established racism as one of the central battles of the revolution.

In 2015, Justin Trudeau established racism as one of the central battles within Canadian society. In 1966, Castro stated that “discrimination disappeared when class privileges disappeared.”

In 2022, middle class white Canadians are becoming poorer. Carbon taxation, inflation, high interest rates, increases in personal debt. If the goal is financial equilibrium between the so-called privileged and non-privileged, these developments are emblematic of a disappearance in class(racialized versus non-racialized) privilege.

Subsequent to the revolution, top priority existed in reconstruction of Cuba’s education system. Based on Marxist ideological theory, education advanced a dismantling of economic class through socialist principles. A secondary goal, at least theoretically, was to eliminate the perpetuation of racism.

Fast-forward to the Canadian public education system in 2022. Marxism is today infused within the public system, as well as post-secondary institutions. Social sciences department teach that society is white supremacist, to be overthrown by any means necessary.

“In 1959, the Federation of Cuban Women wanted to see women involved with the social, political, economical, and cultural issues Cuba faced.”

In 2016, Justin Trudeau went on the attack regarding gender advancement, including strict quotas within government:

“Yes, absolutely, I’m a feminist,” he told CNN.  It’s a belief Trudeau says has informed much of his work as prime minister. He made this abundantly clear after taking office in 2015, when mandating that his cabinet be 50% men and 50% women — a first in the history of the office.

Race conceptions in Cuba are unique because of “its long history of racial mixing and appeals to a ‘raceless’ society.” The highest per-capita immigration quotas on earth perpetuate the phenomenon in Canada.

Post-revolution, Cubans benefited widely from the policies for affordable housing, literacy programs, universal free education and healthcare. Above all, Castro insisted that the greatest obstacle for Cubans of colour was access to employment.

“Going forward we have made local and regional representation and representing contemporary Canada, meaning all of the diversity of Canadian voices, the top priority in our strategic plan.”

CBC, government-funded woke evangelists, have instilled both employment and guest quotas based on ethnic identity. In plain terms, the result is  restrictions on hiring white Canadians.

Diplomatic relations between Canada and Cuba remained uninterrupted in the aftermath of the Cuban Revolution. Canada is one of only two countries in North and South America that maintained uninterrupted relations with Cuba after the revolution. The policy with Cuba was continued by the Liberal Party under the tenure of Prime Minister Pierre Trudeau.

Current PM Justin Trudeau expressed the following upon hearing of the death of Castro:

“It is with deep sorrow that I learned today of the death of Cuba’s longest serving President. Fidel Castro was a larger than life leader who served his people for almost half a century. A legendary revolutionary and orator, Mr. Castro made significant improvements to the education and healthcare of his island nation.”

Right– he did improve the level of literacy in his country. But not without first converting Cuba to a draconian form of communism, infusing ideological Marxism in their education system, and persecuting those who remained non-compliant.

It is within historical comparisons that a salient concept arrives: The Woke Revolutionary model of Justin Trudeau is ideologically indebted to Fidel Castro’s Cuban Revolution of 1959.

Yes, other influences abound– the “Silent Revolution” in China, as well as the political trajectory found in Venezuela. But the deep personal connections remain exclusive to Cuba.

Upon the death of Fidel Castro, Alexandre Trudeau, brother of the prime minister, stated that  he was a giant of a man:

“His intellect is one of the most broad and complete that can be found. He is an expert on genetics, on automobile combustion engines, on stock markets. On everything. Combined with a Herculean physique and extraordinary personal courage, this monumental intellect makes Fidel the giant that he is.”

It is one thing to venerate Fidel Castro as Pierre, Justin and Alexandre have done in abundance. It is quite another for government and media to pull the wool over the eyes of society in emulation of the Cuban communist revolution of 1959.

With media paid to obscure the entire affair, Justin Trudeau continues to walk Canada down a path of transition from democracy to dictatorship.