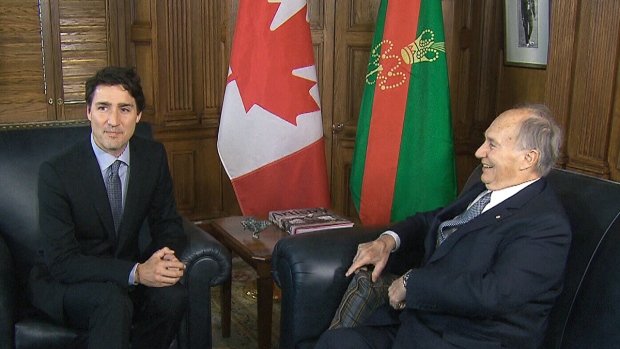 What other record-setting migration developments is the CBC burying from the Canadian people?

It was the first time Canada’s population has increased by more than 200,000 in a single quarter. This represents  the largest growth Statistics Canada has observed since implementing the current demographic accounting system in July 1971.

This gain was driven mainly by immigrants and non-permanent residents such as temporary workers. Growth of this magnitude has never before been seen in a single quarter, Statistics Canada says.

Now, CAP shall speak of the “omissions” as related to these developments:

— The Christian faith, Canada’s dominant religion both historically and at present, is being relegated to secondary status as Islam consolidates religious and political power in Canada.

— The migration scheme is for the purpose of flooding Conservative-held ridings with Trudeau’s chosen people, thereby undermining democratic process in Canada.

The Liberal government is using immigration to control all 338 ridings in Canada. Once accomplished, our nation will be vulnerable to a transition from democracy to a pseudo-dictatorship.

— All this benefits the Liberals, China, United Nations, Iran, Saudi Arabia, Pakistan and their diaspora communities in Canada, who are being used to destroy freedom of speech and democracy in Canada.

Grand Total of Media Commentary: Nothing–not one single word. And this is not a problem for Old Stock Canada? C’mon, fellow patriots–this is the most ominous, dangerous social situation for Canadians of European Heritage that has ever existed in Canada.

Media say nothing! Logical question time: If media are ubiquitously on the side of the 3rd World in these matters, than who owns Canadian media? Seems to CAP the obvious answer is…the 3rd World.

“When looking to discover who controls a nation, just think of those whom you are not permitted to criticize.”

Which community in Canada qualifies as one of  which citizens are not permitted to criticize?

Think M103 “Islamophobia” motion, and you are on the right track. In CAP’s opinion, Justin Trudeau has “sold” Canada to the world.  Even as we speak, the cretin is considering placing sensitive and private data in the hands of communist government of China by way of an approval of a high-tech deal with Chinese government-controlled Huewei Corp.

Did you know? The government of Canada had 50 years to try to remedy the shrinking birth-rates. During the 1960’s-1980’s the ruling government could have issued financial and tax program incentives to increase birth rates. They never did. No one knows why, and know one ever speaks about it.

During those decades, Canada was far-and-away a majority white country, yet nothing was done to increase Old Stock Canadian populations, or to entice our people to have more kids.

What did government do instead? They imported the “kids” from China, India, Pakistan, Iran, Somalia, Syria and dozens of other Third World nations.

As it happens, permanent and temporary international migrants accounted for 83.4 per cent of the total Canadian population growth in the third quarter.

CAP Conclusion: Government and media are working in collusion to HIDE the fact that English Canada and its Anglophone peoples are headed for social marginalization within the fading, former “Great White North.”

This process began on June 25th, 1969–the day ex-Liberal Pierre Trudeau became prime minister. The fate of Anglo-Canada was sealed on October 21st, 2015--the day son Justin Trudeau seized control of the consciousness of Canadian society.

By 2050, white Canada will be a spent force–both demographically, and politically. Justin Trudeau’s new Rural Immigration Pilot Program will see to this. Heard of it? good chance you have not–because CBC and the rest have also hidden this little “gem” from Canadians.

This pilot program–one which some experts say will transition many towns into white minority communities— will  also prevent Conservative MP’s from winning in rural and small town ridings. On this basis, in time democratic process in Canada could become a moot point.

What’s the purpose of democracy in a nation if 328 out of 338 ridings are controlled by the Liberal Party?  Result: the end of democracy, and the establishment of a One Party State in Canada.

All this is coming your way, Mr. & Mrs. “Old Stock” Canada. Please note– Canadian establishment media are hiding all this from you, so that you will simply walk “gentle into that good night” of Anglophone community decimation.