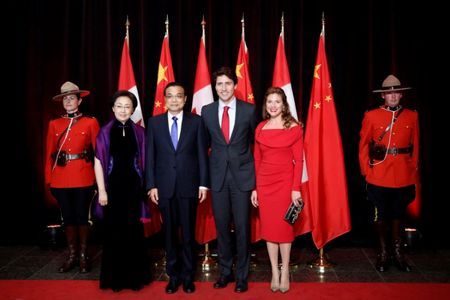 “The Trudeau Liberals have used the coronavirus pandemic as a convenient smokescreen to effectively take full control of all spending, taxation, corporate nationalization, and a host of other policies”

So says a journalist from Canada’s Toronto Sun media outlet. Since there is a slight “mincing of words” here, Cultural Action Party of Canada will lay it on the line:

The ruling government of PM Justin Trudeau may well be leveraging the deadly Covid-19 virus to transition Canada from democracy to dictatorship.

In truth, CAP came to this conclusion within one-week of Coronavirus catching on within our dying Great White North. How so? Hard to explain—for some reason, we seem to have serious insight into the methodology of the Liberal-Globalist-3rd World government of Justin Trudeau.

“The last thing a government needs if considering a takeover of its own democratic country is an armed civilian population.”

There you have it—the singular reason why the Liberals are disarming Canadians by way of draconian gun legislation(our theory—not theirs).

See the way these nasty globalists roll? Too bad 95% of Canadians do not. This, CAP attributes the media communist sympathizers.

Globe & Mail for certain. Toronto Star for sure. And of course, the king of the globalist media castle, the Trudeau-financed CBC Corporation.

“(Justin) Trudeau has never been accused of being intelligent, but the people behind him who pull the marionette strings are a malignant evil.”

“This will be the husk of a SOCIALIST, autocratic country beyond repair before he’s gone.”

A heck of a lot. Oh well, life is no “bowl of cherries” as they say.

What is the take-away from all of this? That CAP is the greatest thing since sliced bread? Not at all.

The point here is that society— and even media—are coming around after five years to what CAP published after one month of this Trudeau character controlling our nation.

“Justin Trudeau, an admitted admirer of China’s communist government — as well as the Marxist doctrines of Fidel Castro — would know this better than most because he was taught on his daddy’s knee.”

There you have it— from Toronto Sun. Now, CAP would like to wager a bet with our rather extensive reader base:

We wager an amount of $888.88 dollars that CBC will NEVER allude in any capacity to what has been hereby exposed. We know this game inside and out by now. After all, its only been 35 years of following issues of this nature.

After all this time, as well as publishing over 1000 articles on these topics, we are confident in what we say.

“In searching for a common enemy against whom we can unite, we came up with the idea that pollution, the threat of global warming, water shortages, (and) famine would fit the bill.”

King of Carbon Taxation: Justin Trudeau. The “common enemy” is not pollution, but rather the pollution produced by a pseudo-socialist government working to trans- ition Canada from democracy to a dictatorship.