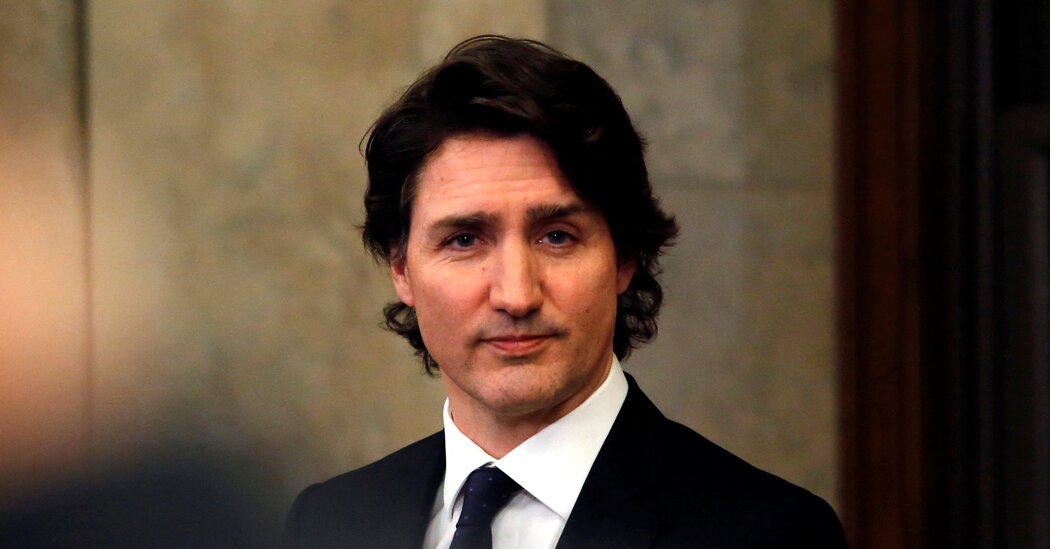 Of course he will. With a single word, the fate of our country is laid out before us. The fact that three-time winner Prime Minister Justin Trudeau says he is going to run for office again should surprise no one.

Cultural Action Party often speak of the unprecedented nature of politics in present-day Canada. Here we discover another example. No prime minister in history has ever served four consecutive terms in office.

At the time of Trudeau’s first-term victory in 2015, CAP made a bold prediction: six consecutive terms as prime minister, and Canada will cease to be a democratic country. A 185-151 vote from Parliament this week on the Emergencies Act proves us wrong– it will take less time than originally anticipated.

We did not come up short in the role Covid is playing within the big picture. The pandemic has served as an “elixir of democratic decline.” It’s an all-purpose solution. Covid dissemination has paved the way for an erosion of democratic governance.

In the name of controlling the virus, the Liberals became free to command public adherence to all decisions. The public bent to their will. That is, until the Truckers Convoy came rolling along. Responding to rebellion against neo-authoritarianism, Justin Trudeau seized complete control. Today, citizens who are innocent of commiting crimes are punished for non-compliance. Frozen bank accounts and cancelled insurance policies being two lashes from the authoritarian whip.

In an interview from January 2022, architect of Canada’s Charter of Rights and Freedoms Brian Peckford offered an opinion on current affairs:

“They[Trudeau government] didn’t have the power to override all of our freedoms and rights. The pandemic has shown that they can do things that violate the constitution.”

As far as Mr. Trudeau running for a fourth term, we offer speculation:

It should come as no surprise that our prognosis is not good. There will be a future election, and the winner will be the Liberal Party. At a basic level, the reason is found in government control over our media.

As far as the Conservative Party is concerned, they don’t stand a chance. It matters not which member runs for prime minister. It’s not that the Liberals will defeat them per se. It is because media will crush them absolutely. It’s game over for the Conservative Party, or if they existed, any other challenger. If any consolation exists, it is found in the idea that it is also game over for democratic governance in totality.

We turn to theories purported by political science. A communist country is one in which the general population understand the nature of government. Walk up to the average citizen in China, and tell them they are living in a communist society. A shrug of the shoulders comes forth. “Tell me something I didn’t know” being the general vibe.

In a socialist country, the people are ruled by a communist government– but they don’t know it– yet. We approach the average citizen. “You are living in a communist country,” we proclaim. “Don’t be ridiculous. Our country isn’t communist– you’re an idiot.” Fast-forward a decade, and said individual realizes the fool was correct.

There is only one factor impacting a decision by Justin Trudeau’s to run for a fourth-term. If multiple polls inform him that he can win, he will run. If it is not the case, a substitute will become Liberal Party leader, and they will win. Such pessimism is unpleasant in its conception. The conclusion is based on a simple premise: Canada is today a Liberal dictatorship.

The modus operandi goes like this: continue winning election after election, and one day Canadians will conclude that federal elections have no purpose. Public buy-in is essential. What the schematics call for is agreement from the public– not a confrontation to make it occur. After eight consecutive Liberal Party victories, both government and public agree that elections are futile.

Canada thereby transitions to a dictatorship. The seeds have already been planted. Media is on board. The Conservatives are not going to win the next election, nor any after that.

The goal is not controlling Covid, passing an Emergencies Act, frozen bank accounts, or any other form of organized manipulation. These are merely means to an end. Only time will tell–  one cannot prove or disprove these theories. In CAP’s opinion, the Liberal Party of Canada have all the time in the world to make this situation a reality.