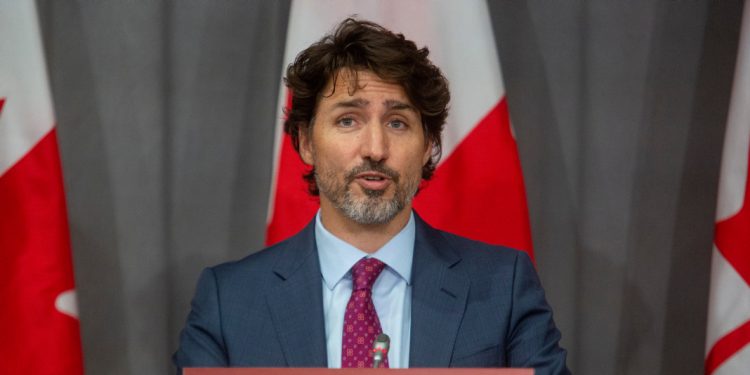 It certainly appears nothing can prevent the Liberal government of Canada from maximizing immigration intake for their self-centred purposes.

The piece Cultural Action Party of Canada do not comprehend is simplistic in nature. While federal and provincial government’s place our citizenship under “lock and key” as a result of the Covid pandemic, the Liberals increase the risk of the pandemic contagion by increasing immigration intake quotas.

How to justify such a thing? It’s very easy when PM Justin Trudeau is not called upon to do so. Establishment media in Canada offer not a single shred of questioning, or push-back. Seems that within our Great Reset society, media have morphed into a full-fledged partner of the Liberal government.

Canada is currently issuing 10,000 family sponsorship invitations as part of the 2020 Parents and Grandparents plan.
They are looking to open up the 2021 program to 30,000 applicants.

How many Canadians are aware of this January 2021 development? No doubt the same amount who comprehend what an economic burden Family Reunification has been for Canadian tax-payers over the past 40 years.

Let CAP point out another in an endless series of establish media obfuscations:

Considering immigration is one of the most relevant social issues of our time, why is it that information such as this is never available in media for Canadians to read about?

Why, for example, does the Globe and Mail not include a “feature page” which outlines current immigration and refugee policy decisions made by our ruling government?

There is little chance this concept would fail from a media consumption perspective. In fact, Cultural Action Party guess that this would be the most well-read section in their media publication.

But they never do it. Is it wrong to believe that within a democratic society, the public has a right to become aware of developments of this nature? Why is it that government and media hide all this away from public consumption?

Many questions, no answers. How antithetical to democratic governance this is.

What else? Here’s a genuine work of art:

How fascinating this is. Not only do government and media partners hide away these nation-changing facts, they never offer any form of justification apart from their vacuous “immigration boosts the Canadian economy” hypothesis.

CAP has a simple question: if government is correct in their “migration versus economy”  proclamation, why is it that the people of Canada have never been privy to reports, analysis or any statistical data that confirm government claims?

It’s true–there has never been a government created study in the past 50 years which verifies a net economic benefit derived from immigration to Canada.

Degree to which CBC News dwell on this fact? Nothing. Extent to which National Post point out this gaping lack of validation? Not a darn thing.

How fantastically wonderful!  The bottom line is that in the year 2021, the entire population of Canada–some 38 Million citizens— remain 100% in the dark regarding the most transformative historical developments in Canadian history.

And now for the Canadian public’s attitude toward Trudeau’s immigration policy:

Only 17 per cent of respondents say the country should accept more immigrants in 2021 than it did last year, according to Nanos Research Group.

Democracy in action? Let’s not be foolish– we have a minority  Liberal government in absolute control, as well as a Trudeau as prime minister. On this basis, we may as well be living in China.