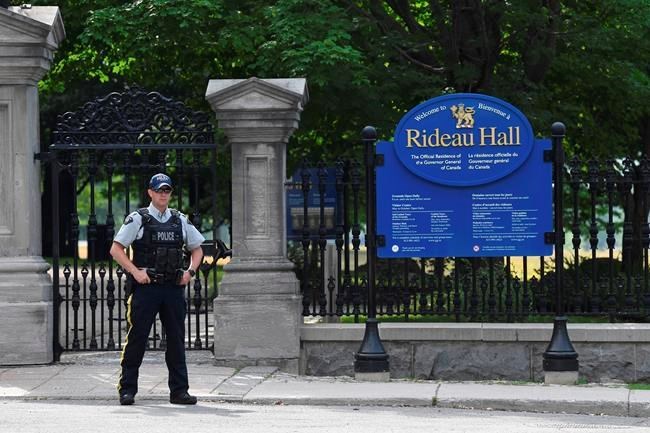 According to a Federal government website, Environment and Climate Change Canada “informs Canadians about protecting and conserving our natural heritage, and ensuring a clean, safe and sustainable environment for present and future generations.”

Sounds innocuous enough. Too bad it isn’t. In what appears to be a paean to George Orwell’s “1984,”  the federal Ministry of Environment & Climate Change Canada (ECCC) is building a new facility in Winnipeg that will “be home to a firearms armoury, interrogation rooms, biological labs, media relations offices, “controlled quiet rooms,” and intelligence facilities.”

According to an article from The CounterSignal, a team of government employees under the title “Enforcement Officer – Environmental Pollution Enforcement” are presently being recruited from coast to coast.

“The plans,drawn up by a firm in Winnipeg, open a window into Trudeau’s future plans for Climate Enforcement. Down the hall from the proposed ‘Firearms Storage’ rooms are several evidence rooms, interrogation suites, and adjacent recording rooms.”

What have we become? Or more succinctly, what has our Liberal government transitioned Canadian into? Do these plans not sound like Trudeau is taking a page from communist China and applied it to Canadian society? Perhaps it has been his intent all along.

According to a recently posted Indeed.com ad, the Ministry is searching to recruit a battalion of Climate “Pollution” Officers, a unit within the coldly named “Environmental Enforcement Directorate.”

“The entire facility that was leaked to The Counter Signal is sketched to be over 50,000 square feet, will house hundreds of ECCC staff, and will also be home to weather forecasting staff.”

“If you emit too much carbon or use too much fertilizer, you may just be on the Climate Communists’ hit list.”

Perhaps readers can help CAP to understand exactly what is going on here. In the meantime, we offer a slice of speculation:

Under the guise of fighting climate change, PM Justin Trudeau is transitioning Canada into an authoritarian dictatorship. In this we witness what CAP has spoken of since the day our current PM took his place on the Canadian throne:

Justin Trudeau is in the process of transitioning Canada into “Canadastan.”

We hereby witness the introduction of draconian, punitive measures against Canadians. Violate climate laws, and be promptly installed in a “controlled quiet room” waiting to be interrogated KGB-style by a team of Climate “Pollution” Officers from the Fed’s “Environmental Enforcement Directorate.”

Surprised? Cultural Action Party isn’t. Truly, there is nothing that surprises us when it comes to neo-communism in Canada. We have always felt that Justin Trudeau was installed to usher in a neo-Canadian dictatorship.

“The Impact Assessment Act (IAA), which was quietly passed in the final days of Trudeau’s majority government, grants sweeping power to Ministerial “Enforcement Officers.” But, until now, little has been explained about where and how Climate Police will be deployed.”

“The IAA empowers agents of the Ministry of Climate Change to enter premises without a warrant to verify compliance or prevent non-compliance.”

O Canada– you are in big, big trouble. Dear Canadians, your country is no longer in your hands. Once a free and democratic society, Justin Trudeau has plans to deprive you of your natural rights as a citizen of our country.