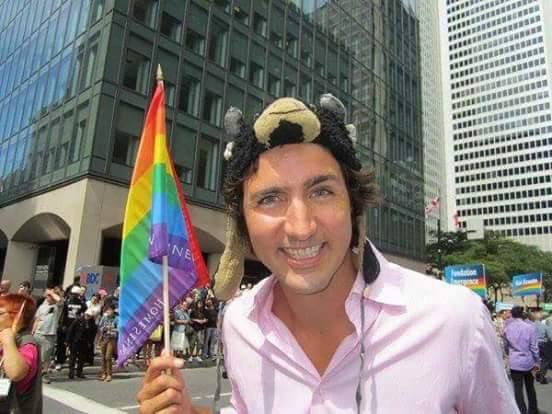 After the introduction of Bill 96 in the Quebec legislature, Prime Minister Trudeau  announced that it is legitimate for the province of Quebec to alter the Constitution of Canada.

As stated by leading political critic Rex Murphy, the result is that Quebec, “which did not sign the Constitution Act  [in 1982]  is nonetheless endowed with the singular privilege of the power to amend it.”

Of all the anti-democratic measures that Justin Trudeau has invoked since becoming prime minister, this move is the most outrageous of all.

What Trudeau has done should result in no less than a Parliamentary demand for his resignation. It won’t happen. Instead, our reigning PM will likely skate on smooth ice toward his third term as Canada’s pseudo-dictator.

How outrageous is this unilateral move? The following illustrates the story:

The amending formula is the set of conditions required to make changes to the Constitution. In the Constitution Act of 1982 it states that a constitutional change can be made only if seven out of ten provinces  agree with the proposed change.

Conversely, through Bill 96,  PM Trudeau has granted approval for one province–Quebec— to do so of their own volition. This privilege is granted despite the fact that Quebec was the singular hold-out on signing the Constitution Act in 1982.

A logical question follows: who was responsible for stirring up this constitutional dust in the first place? Turns out it was another Trudeau— prototype globalist and founder of multiculturalism, Pierre Trudeau.

Here’s the thing about these Trudeau characters: the more one discovers the truth about them, the more likely one is to despise them. At least this is the experience of Cultural Action Party of Canada.

Another obvious question: what’s in this for Trudeau Junior? This man will not make a single move which doesn’t spin off into a boost for his goal of becoming the “founding father” of a post-democratic Canada.

— The move results in a domination for Liberal federal MP seats within Quebec.

— Quebec is protected from the Great Reset agenda of democratic dilution for the rest of the provinces.

— It further empowers Quebec autonomy while damaging the interests of Western Canada.

Regarding point three, a theory is being bandied about in media that, for example, Alberta could leverage the Liberal’s Bill 96 approval to consolidate political autonomy for their province.

While pleasant in theory, CAP remain skeptical. Since when has Trudeau believed in sacrificing centralized power for the benefit of the provinces? Would  power-addicted narcissist such as this actually dilute the PMO’s hold on federalism in this manner?

CAP has referenced the incremental transitional agenda of our current government ad nauseum. Is it not viable that if and when Alberta reaches out for autonomy Trudeau and his backers will have a card up their sleeve to circumvent the process?

After all, Canadians today reside in a nation in which the ruling government do whatever they choose. And with a so-called “minority” government at that. Of course, in truth no minority exists. What we really have on our hands is a three-way Quebec-centric coalition government. Liberals, NDP and Bloc Quebecois as a united force to ensure the Liberal dictatorship continues in perpetuity.

The end result is obvious: all roads lead to the marginalization and disempowerment of English Canada, Western Canada and the Anglophone communities of our nation.

Media say nothing. Our academic world push the agenda forward. By way of government, Old Stock Canadians are today racists, bigots and xenophobes. We are responsible for “systemic racism.” We must be PUNISHED.

There it is–the unspoken agenda of the vast collective of “Woke” political players. Sweep away media curve balls, and the purpose of  Justin Trudeau’s nationhood blessing for Quebec is obvious:

He has exempted his home-province from a transition from democracy to dictatorship which over time will consume all other Canadian provinces.