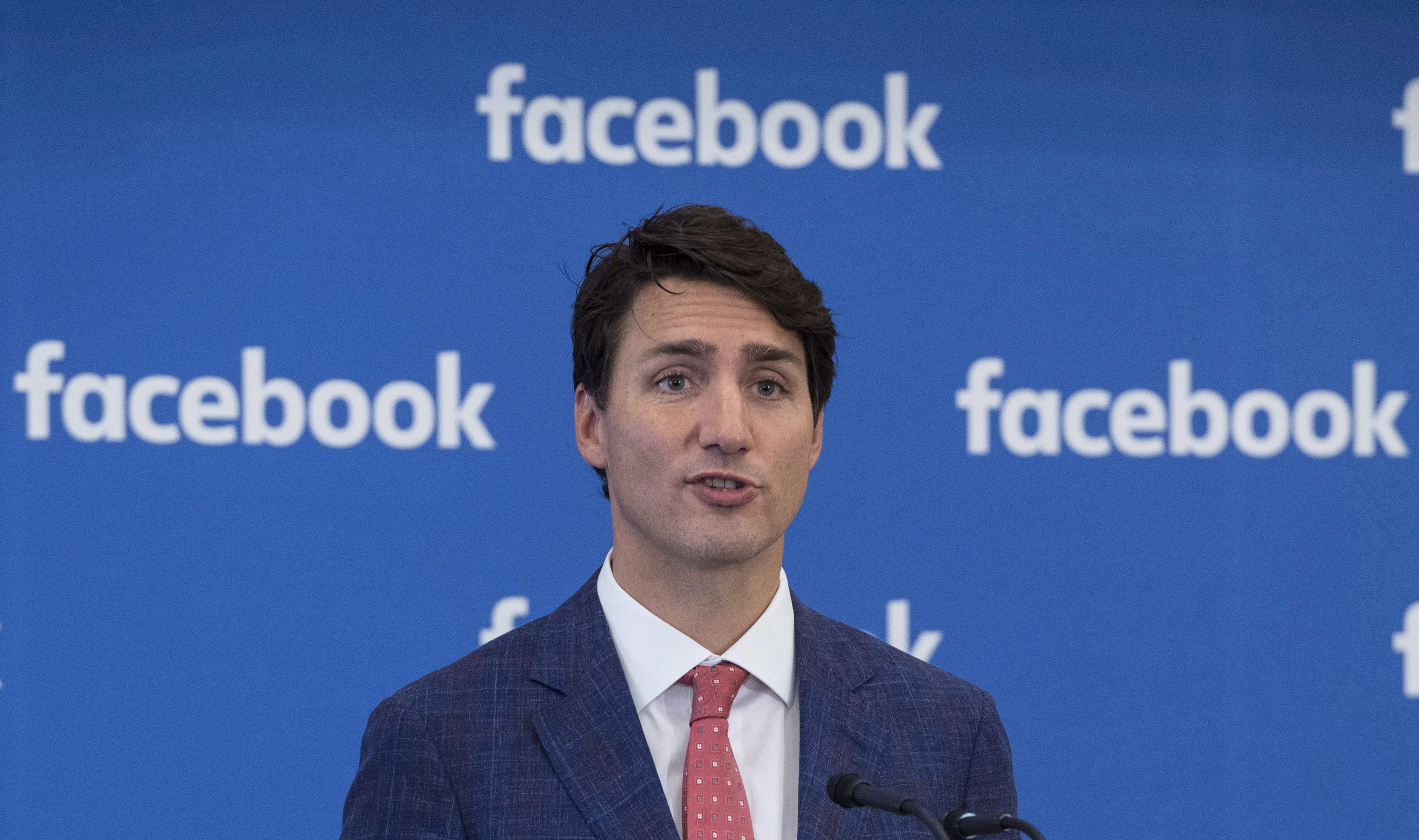 The Canadian government is “actively considering” regulating social media giants and believes that self-regulation of the platforms has failed.

Democratic Institutions Minister Karina Gould stated that “all options are on the table” when it comes to applying domestic rules to international social media and tech giants like Facebook, Google, Amazon, and Twitter.

“We recognize that self-regulation is not yielding the results that societies are expecting these companies to deliver,” Gould said in an interview Monday. Only problem is, she is lying. It is not what society is expecting, but rather what the draconian Trudeau government ARE DEMANDING. Big difference, but this is a well-worn pattern of Justin Trudeau and his Liberal gang of truth-twisters.

Trudeau, Goodle, Morneau, Freeland always position what they want as what all 37 million Canadians want. Immigration, refugees, diversity, multiculturalism. In no way are the general public as pumped on these issues as government. For example, a study on immigration quotas informs us less than 10% of Canadians want an increase in immigration quotas. In response, Trudeau and refugee-pusher MP Ahmed Hussen increased the quota by over 30%. Talk about responding to the  will of the majority, eh?

Over the course of Justin Trudeau’ tenure as prime minister, social media has increased its anti-Trudeau and anti-globalist rhetoric to unprecedented heights. Facebook, Twitter and other social media platforms have been instrumental in delivering news and opinion that falls outside the spectrum of Canada’s monolithic mainstream media presentation.

As a result, Mr. Trudeau now wants to control social media for the purpose of censoring anti-Liberal and anti-globalist sentiment. This is what pseudo-democratic leaders do. Preventing freedom of speech is a hallmark of totalitarianism. This is the way governments operate within communist nations.

Few concrete suggestions on have been made by Canada’s Liberal government, who are threatening to bring in regulations regarding so-called “hate speech.” If this were to move forward, the first person who should be censored is Justin Trudeau. After all, he has spent just under fours years running down Anglophone Canada with a series of accusations of racism, bigotry and xenophobia.

Sensible Canadians recognize the seriousness of safeguarding our democracy and freedom of speech. Government should not be in the business of policing social media platforms in Canada. The more the state controls non-governmental institutions, the greater the extent that socialist ideology has permeated our democracy.

As it happens, since Justin Trudeau crowned himself King of Canada, government has increased their reach into ALL non-governmental institutions within society. Education. Religion. Corporate business. Sexuality. A most glaring example in this regard is the ability for authorities to take a child away from their parents if they disagree with their desire to undergo sex-change therapy. How positively fascist this is.

The Liberals are now out to control the minds of the people of Canada. Government control of media has been fundamental to the success of fascist and totalitarian states of history. Within non-democratic nations and theocracies, government reach into the private lives of families and citizens is standard.

Justin Trudeau wants this for Canada. As we move closer to the federal election in October, expect that Trudeau’s grip around the neck of Canadian society will only tighten. Squeezing the life out of democracy and freedom of speech is a Trudeau specialty. It began with father Pierre,  and under the grip of dictator-in-waiting Justin Trudeau has reached its apotheosis.