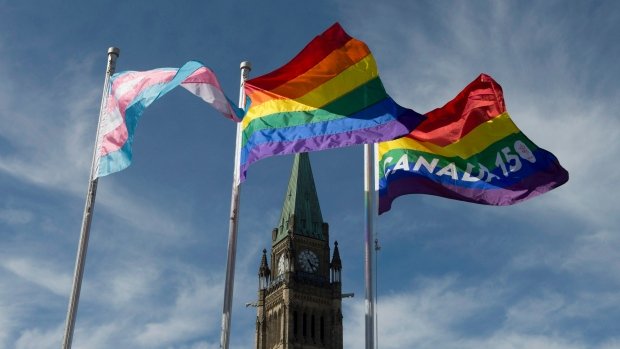 The federal government should strictly limit the use of criminal law to prosecute people for not telling a sex partner they are HIV-positive, the House of Commons justice committee has recommended.

The MPs said the directive should end criminal prosecutions of HIV non-disclosure, except in cases where there is transmission, and ensure any prosecutions take into account the latest medical evidence.

In 2018, the Liberals announced a new bill  that will broaden the definition of bestiality in order to “prohibit any contact for a sexual purpose between a person and an animal.”

As it happens, the broadening meant an illegal act of bestiality only included an act of “penetration.”

Question for SANE Canadians: Why does government put energy into macabre issues like bestiality, when there are SO MANY OTHER more important issues to attend to? The answer is–no one knows. And worse– NO ONE ASKS. Establishment media certainly have not. Our Marxist academic institutions can’t be bothered to do so.

Try .0000000001% of Canadians, for a start. This, folks, is the Trudeau government IN ACTION. Perpetually working for tiniest fringes of society.

What percentage of Canadian citizens are transgendered? No surprise here, there does not appear to be a study on the topic in Canada. But in the United States, transgender individuals account for roughly 0.6 percent of the U.S. population (Flores et al. 2016)

Yet, within Justin’s “post-modern” Canada, one would think transgenderism to be a cornerstone of society. It isn’t–not even close. Yet, all the while, Justin Trudeau prances around in Pride Parade where transgenderism FOR CHILDREN is advanced without any thought as to the negative social  or psychological implications of the sex change operations and hormone therapy.

Yet, this is Justin Trudeau and his absurdist gang of liberal-globalists. A blight upon our nation if there ever was one.