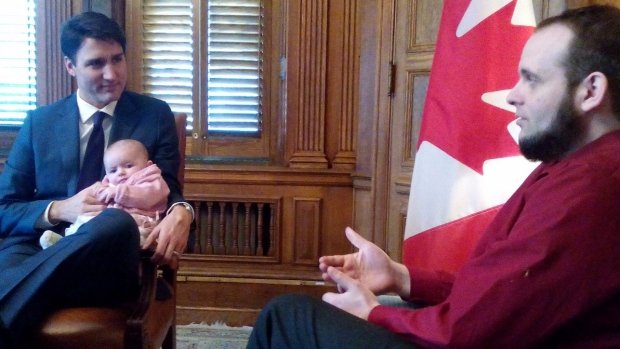 Prime Minister Justin Trudeau has a ten-year record of supporting fundamentalist Islamic causes. He has argued returning ISIS fighters can be a “powerful voice for deradicalization.”
Those who stand opposed he brands “Islamophobic.” When the United Nations requested our government hand over the names of returning ISIS fighters, Justin Trudeau refused to do so. In other words, he PROTECTED them.
Perhaps most disturbing were Trudeau’s comments to a gathering of Islamist front groups: he told them that he SHARES their beliefs, their set of values and their shared vision. Was this “sharing” part of Trudeau’s campaign platform when running for prime minister? Conveniently, it seems he omitted this little tid-bit.
Prime Minister Trudeau’s position on Islamists should be of concern to both Canadians and Americans. While the history of Canada and American relations is largely positive, Islamist attacks against America have been attempted from within our borders. Among these attempted attacks have been Ahmed Ressam in 1999, Chiheb Esseghaier in 2013 and Abdulrahman El Bahnasawy, convicted of an attempted attack in New York City in 2016.
READ MORE: U.S. Govt Working To Free Imprisoned Canadians In China, Trudeau Sits Idle
Tom Quiggin, a court-appointed expert on jihadist terrorism in federal and criminal courts of Canada, believes Justin Trudeau’s attitude toward militant Islam is a threat to the safety of the American people. Sharing the largest border in the world with the USA, thousands of refugees, many illegal,  shuffle between Canadian and American borders every month. A third world refugee to Canada from the USA told authorities the time length of the process to enter Canada was less than TWO HOURS.
Apart from eliminating(approving) refugee backlogs, the Trudeau government are doing little to minimize potential cross-border terrorism. It appears they prefer accommodating those who form the ideological basis of the problems.
Canada will not be able to plead ignorance while facing accusations of complicity from any future American terrorist victims. Under PM Trudeau, Canada’s solidarity lies with the Nation of Islam and not the western democratic nation south of our border. How odd for a leader of a so-called western democracy.
— B. SALZBERG