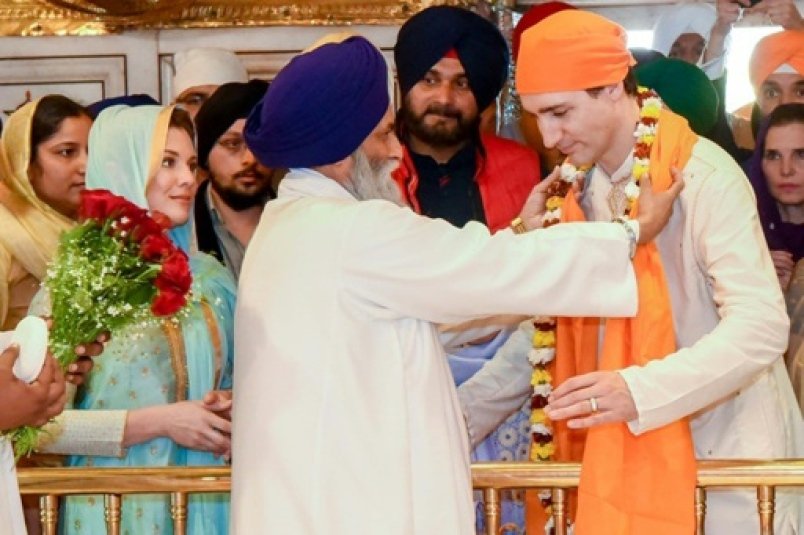 Are Canadians aware that the number of people crossing the border illegally at Roxham Road was up by 24% last month? Doubtful, as leading news sources such as CBC, Globe & Mail, Toronto Star and others refrain from informing Canadians of this fact.

In each of the first four months of this year there have been significantly more people crossing illegally than we saw in 2017, the year with the highest number of illegal crossers. Canada’s mainstream media have found ways ways to downplay these numbers at every turn.

Supporters of the virtually-open border policy that Justin Trudeau has adopted since Jan. 2017 will claim that the people coming across at Roxham Rd. are fleeing the policies of Donald Trump. Most are coming into Canada through the United States, but they haven’t been living there.

They come from Nigeria, Saudi Arabia, Pakistan or other countries, they land at JFK airport and immediately head to the border to make an asylum claim in Canada. Soon after, welfare payments begin to roll their way. In time, the illegals have the right to sponsor their families to come to Canada to live off our welfare state.

Most of these new arrivals do not qualify as Refugees under the United Nation Refugee Protection Act. Does this make a difference for Trudeau and Hussen? Not in the least. These are men on a mission. Not to ensure safely and security for Canadian citizens, but to ensure victory in the upcoming federal election.

An “open border” society. Curiously, an international billionaire banker named George Soros has established something called the  Open Society Foundation. Mr. Soros also supports worldwide LGBT and Transgender industries. As it happens, the policies of the Trudeau government regarding refugee relocation are cut from the same cloth as that of Open Society Foundation.

Coincidence? Not on your life. This is a calculated agenda to erode the meaning of citizenship and dilute national sovereignty. This is the globalist game, and within Canada Justin Trudeau is the King Of The Hill.

Want more? Vote Justin Trudeau on October 21st, 2019. Or just as bad–don’t vote AT ALL. This is what King Justin wants from Old Stock Canada. It is the reason he humiliates Anglo-Canada with his endless apologies.

The purpose is weaken our belief and pride in Canadian heritage and identity. This way we will sit back and watch Hockey Night in Canada while the Sikh community bus voters en masse to polling stations. This is why Justin continually panders to these people. Trudeau LOVES voter apathy within Old Stock Canada.

Get Justin out of office, and there is a chance the globalist assault may be curtailed. Vote Trudeau or refuse to vote period, and expect more of the same for the next four years.