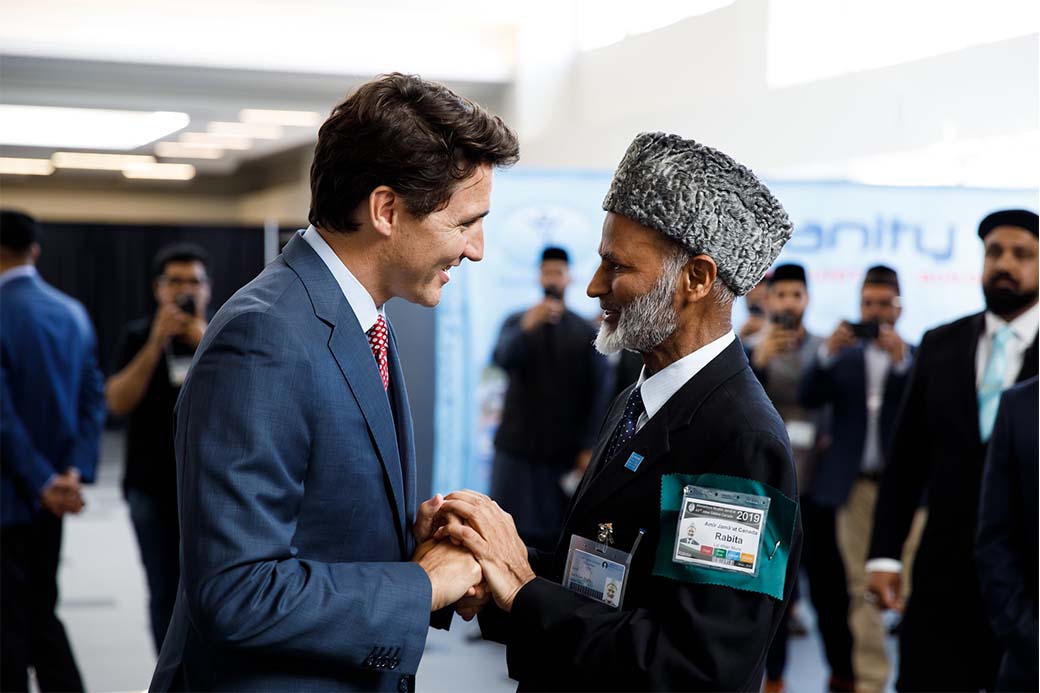 “According to a Globe and Mail report, Mohammed al-Rashed, a Syrian human smuggler for the Islamic State recruited to spy for the Canadian Security Intelligence Service (CSIS), was recently freed from prison and promised asylum and relocation to Canada.”

As reported in a Conservative Party memo, Liberal Minister of Public Safety Marco Mendicino “is refusing to confirm whether the former ISIS child trafficker was granted asylum or any details regarding his whereabouts.”

How typical. Seems barely a week can pass without this form of protectionism emanating from the Trudeau government.

“Mr. al-Rashed was convicted of smuggling three school-aged girls as young as 15 years old to ISIS terrorists, this after being recruited by CSIS. Canadians deserve to know that they and their children can walk the streets safely without being confronted with such a dangerous criminal.”

Should clear-thinking Canadians be surprised? Of course not. By their own volition, the Liberal Government of Canada has transitioned to protectorate of Middle Eastern terrorism:

In 2017, Justin Trudeau argued that some returnees could “turn into powerful voices against violent radicalization within Canada.”

Wunderbar. Interesting to note where Justin Trudeau places his faith. Not in the people of Canada, who he has branded racist and homophobic. Rather, our ruling PM goes with the ISIS terror variety.

Did you know? In mid-summer 2017, the Liberals allocated $367,000 CAD to rehabilitation projects that use “art-based pedagogy and poetry” to fight against ISIS radicalization.

Absurd, isn’t it? At  what point in Canadian history did Canada transition to an ISIS-friendly government entity? CAP illustrate by pointing to a specific case:

In August 2021, Prime Minister Justin Trudeau has weighed in on a controversial statement made by Liberal Minister For Women and Gender Equality, MP Maryam Monsef. Ms. Monsef has been called to task by political commentators regarding her statement “I want to take this opportunity to speak to our brothers, the Taliban.”

Commenting on the situation, Trudeau delivered his statement: Monsef had “expressed her views.” End of statement regarding Afghani-born Liberal Cabinet Member Maryam Monsef.

If readers have forgotten about this case, they surely have no recollection of what followed:

Ferreri received 25,000 votes, with Monsef in second place with 19,000 votes. CAP is dying to understand how this Taliban supporter managed to remain competitive on this basis? Are there that many Taliban supporters in Peterborough, Ontario?

How was it that a supporter of Islamic terrorism became so darn popular. It took three elections to rid Peterborough of her fundamentalist affectations.

Is this the Canada that 38 million citizens have come to know and love? Of course not. But it is the society Justin Trudeau has established. Our government is today a Middle Eastern terrorist-friendly political institution.

“A slow-burning debate about Canadian spying has been reignited by a British journalist’s new book, not yet arrived on these shores.”

Not yet, as in never-to-be-available.

“The Secret History of the Five Eyes has breathed new life into a story from 2015 with ugly dimensions. It features an alleged agent for the Canadian Security Intelligence Service (CSIS), Mohammed Al Rasheed, who is now in a Turkish jail facing charges that he smuggled recruits for the Islamic State.”

“The book claims that Mr. Al Rasheed helped traffic three British teenage girls to join Islamic State extremists in northern Syria seven years ago. Two of them are now believed to be dead, but Shamima Begum is now languishing in a Kurdish prison camp and asking to go home to the United Kingdom. CSIS apparently asked the London Metropolitan Police’s counter-terrorism unit to keep Canada out of the investigation.”

For anyone unaware, CSIS is a division of the Federal Government of Canada. Looks as if Islamic terror protection is the name of the game in Justin Trudeau’s “no core identity” Canada.

Commenting on the case in a recent statement, PM Trudeau “neither confirmed nor denied the allegations about CSIS involvement.” Instead, the PM stated that “intelligence services have to be creative while following rules.”

In other words, Trudeau remained typical: he said nothing at all.