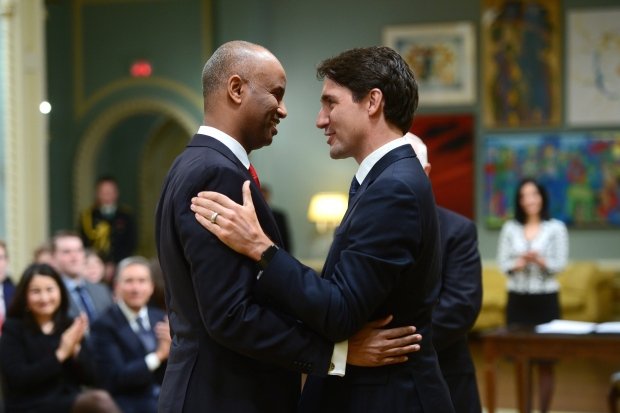 A woman and her adult son with a disability could be separated for the first time in their lives because the federal government accepted his refugee claim and denied hers.

Sylvia Williams, 62, has been the only caregiver to her 31-year-old son Ramon since birth. He is blind and lives with what his mother describes as “developmental issues.” They live together in a Toronto apartment.

“Although he’s an adult, he really cannot manage personal matters on his own,” she said. While he can dress and feed himself, he has trouble with tasks like cooking, cleaning and laundry.

At six months, Ramon had a brain tumour removed at the Hospital for Sick Children in Toronto. He’s been blind ever since. They returned to live in Barbados but travelled back and forth between the two countries to visit relatives in Canada. They filed refugee claims in Canada two years ago, saying they faced harassment and discrimination in Barbados.

The refugee board accepted Ramon and rejected Sylvia, saying she could not prove she faced a “forward-facing risk. Every night we’re losing sleep over this,” said Ramon. “My mother is the only person I know.”

Her subsequent appeal was again rejected in early 2019. She has since filed for a judicial review of that decision. Immigration, Refugees and Citizenship Canada would not comment because the case is before the courts.

Any one else heard of Roxham Road? This is where tens of thousands of illegal “refugees” poured into Canada after our prime minister involved the world that our doors are open to illegal and fake Third World refugees. How many Canadians requested, or approved, this unprecedented globalism-based decision? Not a single citizen–that’s who.

Now, please do tell– where is the logic and fairness of this political dynamic: On one hand, Illegals pour into Canada by the tens of thousands. On the other, Justin Trudeau and refugee pitbull Immigration Minister Ahmed Hussen plan to deport the mother of a blind, disabled son who relies on her for everything.

The mother says she has no home, job or family back in Barbados. Pretty grim stuff. Now, let’s roll out an hypothetical variation of this story. Ms. Williams is Ms. Hussein, refugee from Syria. She wears a hijab, and has spoken out regarding the “Islamophobia” inherent in government behaviour regarding her pending deportation.

What goes down? How about, the National Council Of Canadian Muslims go to their comrade-in-arms, MP Iqra Khalid, complaining that this is a case of bigotry and oppression. Khalid, a half citizen Pakistani-Canadian, rings up MP Hussen, a half citizen Somalian-Canadian, and asks him to intervene.

Hussen goes to Trudeau with the case. Bang zoom– Ms. Hussein gets to remain in Canada with her blind, disabled son.

Now, please– tell CAP that this is not a reasonable scenario. Is there is no way in hell the story would go down in this manner? Well, we disagree.  The reason for our dissent lies in the covert relationship between government, not-for-profit organizations,and Canada’s powerful multicultural industry.

In fact, the above scenario is exactly how the multicult minions operate. This is how it was when Senator Ratna Omidvar was running around Canada slamming whitey for being over-represented in Canadian corporate board rooms. It was the state-of-the-nation when Toronto Star columnist Shree Paradkar was running down Polish-Canadians, and other communities of European heritage.

Why have these people been so successful? The answer is surprisingly simple– MONEY. Not that other elements are not involved. However, the Multicultural Act of 1988 stipulates that hundreds of millions of tax-payer dollars are to be taken from the general tax base and handed to National Council of Muslims, SUCCESS Immigration Services, Mosaic, and thousands of other Third World-pushing organizations.

No wonder they have been kicking Old Stock Canada’s collective butt for decades. The issue is not equality–the issue is POWER. Power is maintained with money–the very kind Pierre Trudeau set up to be funnelled to Sikh, Chinese & Muslim communities to promote the culture of the nations from which they came.

In another attempt to stay with her son, Sylvia applied to remain in the country on humanitarian grounds. But her humanitarian claim can’t be considered until at least a year after her judicial review wraps up. Mamann said she is likely to be removed before that one-year period expires. It’s a rule that is “arbitrary” and “Kafkaesque,” he said.

“It’s ridiculous to say, ‘I recognize if you go home to your country, your child is going to remain in Canada and have no one to look after him. We’re just going to send you home because you haven’t waited one year,'” he said.

Every day, the mother fears that phone call saying she has to return.  “I’ve lost my property [in Barbados], I have no job there, so I’ll be on the streets.”

Then, a welfare check arrived in the mail for Jihadi Jack Letts as he casually stretched out on his couch to watch his favourite war movie on his new satellite dish.