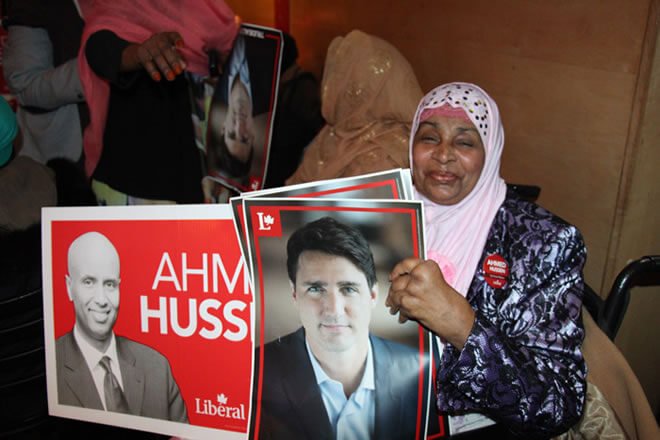 Canada’s asylum system has been devastated by illegal border crossings, and the backlog is now the worst in Canadian history, according to Canada’s Auditor General. Backlogs and wait times are WORSE NOW than when the system was last reformed in 2012 to address the very same issues.

The problem, of course, is that Justin Trudeau permitted fake asylum claims to be made within the LEGITIMATE asylum claim system. A colossal mistake–and one media have never spelled out in specific terms. As commanded by government, establishment media in Canada adopted the Orwellian “irregular” refugee tag, thus obscuring the law-breaking element of the equation.

Now, the system is broken, and the blame for that broken system rests solely on the Trudeau government. Enter Somalian refugee fanatic, MP Ahmed Hussen. It is now his turn to blame the trouble on the previous Conservative government of Stephen Harper. Following the AG report, Mr. Hussen said the crisis is because of “half-baked reforms” which the Conservatives brought in.

Really? After almost four years in office , Hussen is still blaming the previous government. More absurd is that Hussen spent years attacking critics of his pro-illegal immigration policy ‘bigots,’ and ‘un-Canadian,’ yet the Liberals are now implementing the CHANGES the Conservatives have been calling for to end illegal border crossing crisis.

Hypocrisy, truth-spinning, deception– ANYTHING to win the upcoming federal election in October, 2019. Fortunately, polls show Canadians trust-level in government is at an ALL-TIME LOW.

After just under four years of the lowlife behaviour of Trudeau, Hussen, Morneau and the rest of the Liberal cultural destroyers, Canadians appear to have woken up to the political reality of the ruling Liberal government of Canada. Better than than never…or after the October, 2019 election.