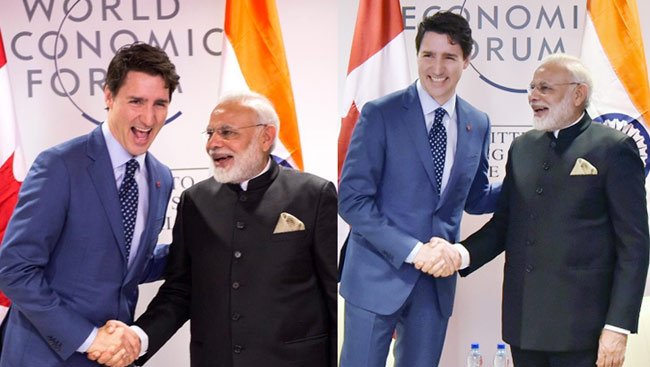 CAP continue to undercover–and be amazed by– statistics related to Canada’s Foreign Aid tax-payer funded giveaways to foreign governments and their populations.

After discovering that the Trudeau government handed over $400 million to the world’s fastest growing economies–most of which are in Africa, we uncover another foreign aid oddity–sending over $100 Million dollars in “aid” to some of the world’s largest and strongest economies.

The leader of the pack is the Nation of India, listed as #7 on Investopedia’s “Top 20 Economies In The World,” published in November, 2019.

India is the fastest-growing trillion-dollar economy in the world. The country ranks third when GDP is compared in terms of purchasing power parity at $10.51 trillion. India’s growth rate is expected to rise from 7.3% in 2018 to 7.5% in 2019.

Amount of tax-payer dollars the Trudeau government gave to India in 2018: $64 Million Dollars. Guess what place Canada came in on the charts?  This would be in position #10.

Therefore, the Trudeau government provided $64 Million big ones to a nation whose economy supersedes our own. Remember reading about this is the Toronto Star? CAP doesn’t–and for good reason. The people of Canada would likely be outraged upon coming to understand this reality–therefore CBC, CTV and the rest hide the truth from the people of Canada.

At position #16 on the charts(there are around 200 nations on the planet), we have Indonesia.

Indonesia is the largest economy in Southeast Asia and the 16th-largest on the global map. The Indonesian economy has shown tremendous progress over the last two decades.The economy is now a part of the trillion-dollar club, with a nominal GDP of $1.02 trillion.

Did you know? On December 16th, 2019, 160,000 security personal were deployed to protect churches within this fundamentalist Islamic-dominated nation. In Indonesia, Persecutions, beheadings, canings and whippings are punishments doled out to blasphemers on a regular basis.

At number #19 of the world’s strongest economies, we have the Islamic Nation of Turkey.

Turkey, with its $766.43 billion economy, is the 19th-largest economy in the world. The share of Turkey’s middle-class increased from 18% to 41% of the population between 1993 and 2010, according to the World Bank, and the country joined the upper-middle income group in the late 2000s.

The economy is projected to join the trillion-dollar club by 2023, while its GDP-PPP will reach $2.78 trillion that same year.

Now, for the “million dollar” question: Why? Another big money question: Why does the CBC, Globe & Mail and the rest HIDE these facts from purview of 37.5 Million Canadians?

Are these folks not the people paying for all of this? Within a free and democratic society, is it not reasonable to expect the use of billions of tax dollars be properly understood by those shelling out the funds?

Nothing of the sort ever happens. Think about it–have you read even one article which summarizes and exposes information of this nature? The answer, of course, is on the 12th of Never. What a giant deception!

Here’s another interesting tid-bit. The data being reported comes by way of the Canadian International Development Platform.

How much aid is listed which was directed toward Canada in 2018? The report says $17 Million. Okay, so that’s less than $20 Million for Canada, and approximately $2 BILLION for the rest of the world. Quite the imbalance, eh?

Of course, this is the real “post-modern” Canada. Not that previous Canadian governments did not dole out giant funds in a similar manner. Yet, there is something different about the whole affair while Justin Trudeau remains prime minister.

The difference is that not only does King Justin and his sunny gang of culture killers hand billions to Afghanistan( $254,000 million, 2018), Syria($124 million), Iraq($106 million), Trudeau & Co. also support these nations on an ideological basis–something that no previous government in Canadian history has ever done.

The fact is, Justin Trudeau is the Nation of Islam’s “Man in Canada.” From day one PM Trudeau has supported, financed, entrenched and indemnified one specific community within Canadian society–his “chosen” Islamic faith.

Trudeau doesn’t just finance one specific geo-political entity–he integrates said entity into the fabric of our nation– big difference. Naturally, establishment media are here to blur the lines between the two.

They conveniently  obscure the true nature of this nefarious globalist agenda on behalf of Justin Trudeau, the Liberal Party, United Nations, Communist China, Sikh Nationalism, and every other international body involved in the trans-formation of Canada from democracy to dictatorship.