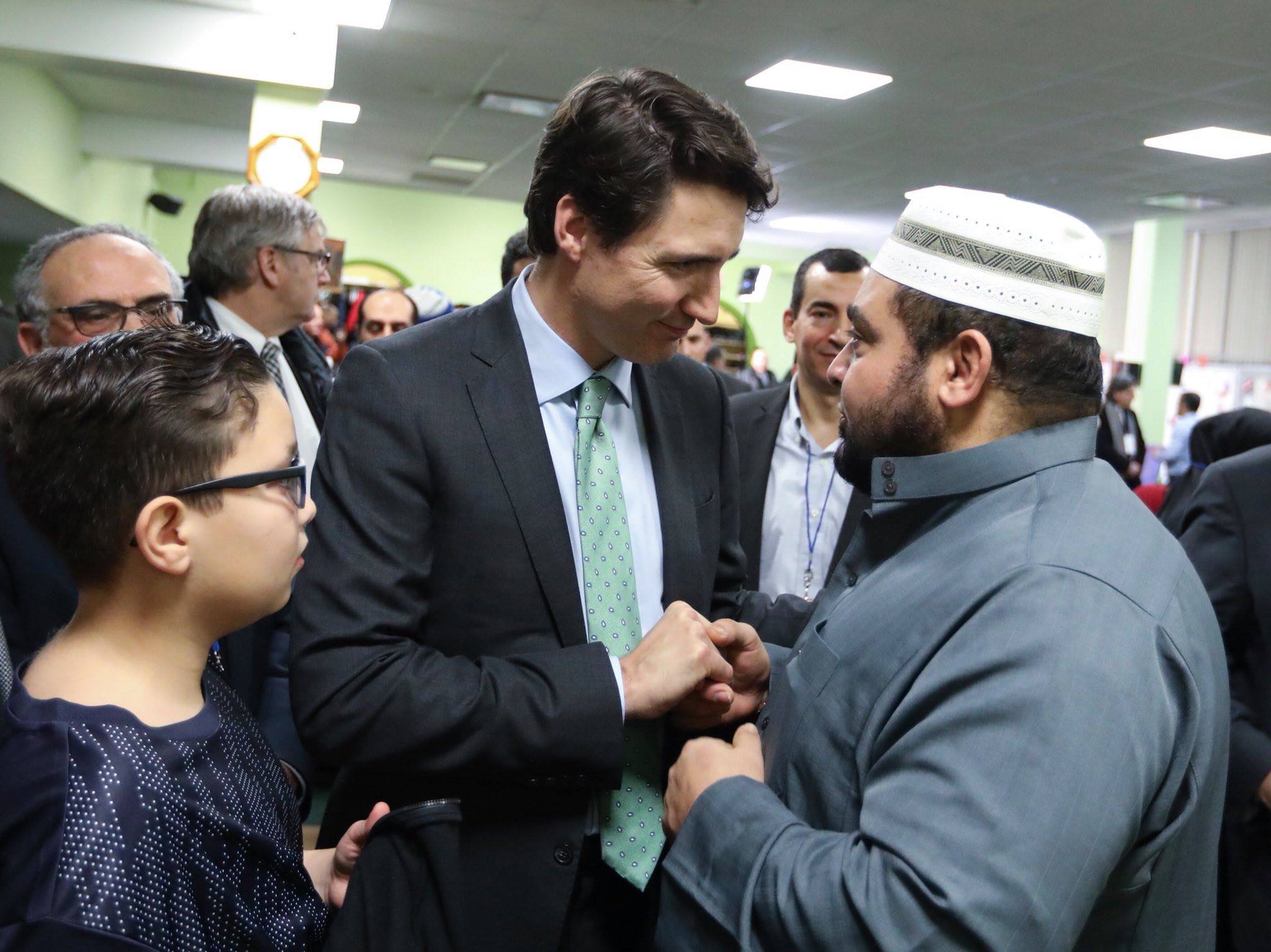 A mosque in a Vancouver suburb recently cited for financial irregularities — and possible ties to overseas funders linked to militant Islamist group Hamas — will receive a $53,000 grant from the federal government this week.

The society, which operates the PoCo mosque, was fined $9,120 after a Canada Revenue Agency (CRA) audit covering 2011 to 2013 turned up thousands of dollars in financial irregularities and at least $127,000 in questionable expenses.

“A majority of the expenses, which Mr. Bahr paid for using his credit cards and were then subsequently reimbursed, appeared to be for personal use, and, in our opinion, constitute an undue benefit,” the CRA stated in its notice of penalty.

Bahr stepped down from the board last May after he was sentenced to three and a half years in prison for sexually assaulting a woman at the mosque in 2013.

And this is the group Justin Trudeau selects to provide with $50,000 Canadian tax dollars? How “post-modern” is this!

Justin Trudeau and his cabinet maintain a special affinity with Islamic ideology, and its purveyors. Was this a component of Trudeau’s platform when running for office? Obviously not. Did the people of Canada request or endorse such a thing?  Nope. The entire agenda went forward without  a semblance  of democratic process. This is the way of Justin.

And it was for his father before him. To get the anti-Canadian ball rolling in the first place, it was Pierre Trudeau–without any form of public mandate— forced multicultural policy on Canada. Witnessing a pattern here? The Trudeau family have zero interest in the thoughts or will of the majority. Does this show a dedication to democratic principles? Of course not. Justin and Pierre before him care nothing for the people of Canada– unless they represent the future of what they want Canada to be– a socialist nation-state with a designated taboo community: Anglophone-Christians.

This is what Trudeau Jr. is after for the destiny of our nation. In the place of freedom and democracy will be draconian socialism with decidedly Islamic underpinnings. We witness its nascent development in the form of Justin Trudeau’s open-border, pro-Islamic “post-modern” Canada. Not tomorrow, or someday in the future, but right now.