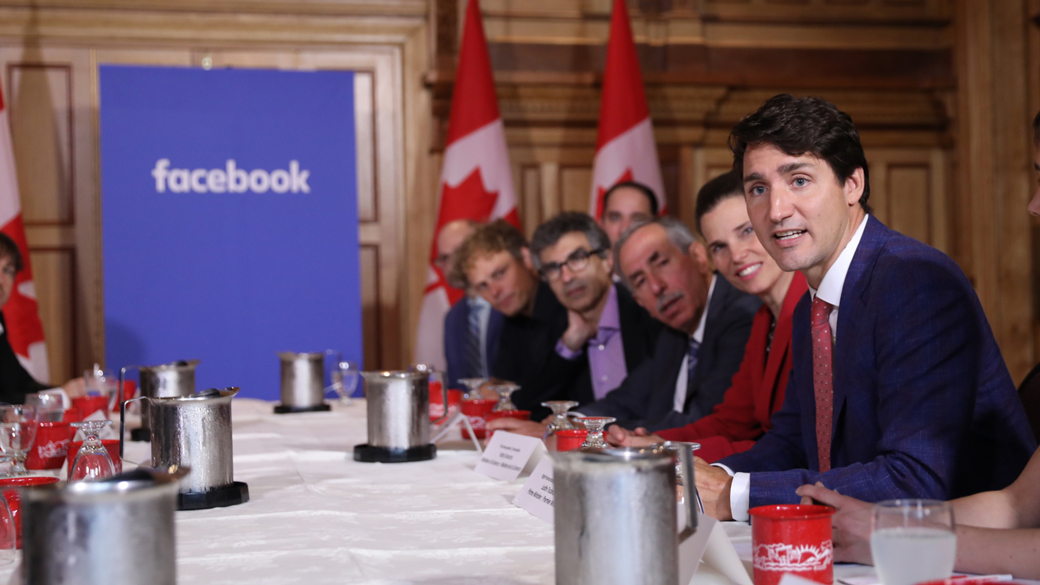 A recent investigation uncovering links between grassroots Facebook pages focuses on Canada Proud founder Jeff Ballingall and his associates. According to uber-leftist National Observer, Mr. Ballingall is one of Canada’s most prominent “right-wing political strategists.”

“Knowing who is posting — and paying for — political ads is a fundamental” principle of democracies.” Ahmed Al-Rawi, director of the Disinformation Project says “the solution lies with Meta and other social media companies. These organizations have the power to compel advertisers to publish identification information on their ads and funding sources. Companies could also spend more on reviewing and flagging misleading or controversial content.”

The latter provides the key to the internet censorship kingdom. As a gateway, the Disinformation Project will begin with political advertisers. Next, the project will extend to political opinions of regular Facebook users.

“We need some sort of regulation that establishes transparency,” said Shane Gunster, a professor of communication at Simon Fraser University who studies online misinformation.

A critical point being a definition of who constitutes “we.” As Shane Gunster confirms, “we” includes Canadian academia. Add to this Liberal Heritage Minister Pablo Rodriguez, who this week announced funding for the project. With a confirmation of government and academia buy-in, support from mainstream media is guaranteed.

Thus is it that Canada’s controlling institutions are gunning to erode freedom of speech on Facebook. Rumour has it that Prime Minister Justin Trudeau’s next neo-authoritarian move is a revitalization of Liberal internet censorship bills tabled in 2021.

The timing couldn’t be more appropriate. Only last week PM Trudeau got roasted at a session of the European Parliament. Despite Canadian media’s desperate attempt at sublimation, the result is worldwide exposure of a common perception of our prime minister:

The man is a dictator in sheep’s clothing. His modus operandi couldn’t be more apparent– as long as his decisions are sugar-coated with feigned concern for the rights of the “racialized,” he can get away with anything. Thus it is that upon an awakening of nations– in addition to woke-free Canadians– our Liberal government blaze a trail to censor Facebook, the biggest of them all.

Stated caustically, now that Canadians have awoken to the truth of Trudeau, he is going to shut us up. It is the way dictators roll. As members of the European Parliament expressed, this is the true, authentic Justin Trudeau.

“Canada has a ways to go when it comes to fixing disinformation on Facebook,” says the National Observer. How does one define “disinformation” according to Justin Trudeau, Pablo Rodriguez, legacy media and Canadian academia?

Cultural Action Party give it a go: anything which does not comply with Woke Liberalism as defined by a government paying media to deliver their propaganda.

Freedom of speech is fundamental in a liberal democracy. In a pseudo-dictatorship, not so much. Government approach to internet censorship exemplifies the true political condition in Justin Trudeau’s “post-modern” Canada.

16 thoughts on “Trudeau Government Working To Censor “Disinformation” On Facebook”