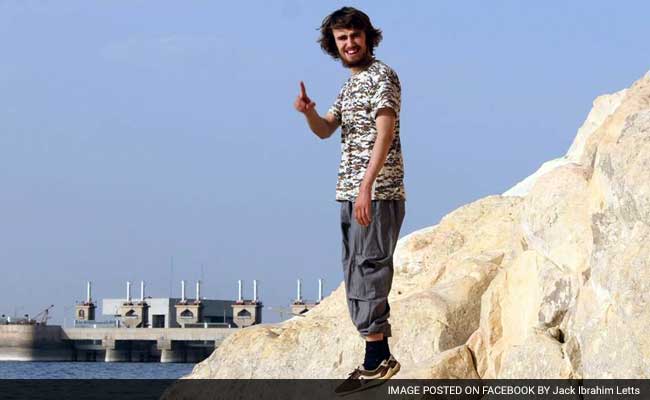 The man has never stepped foot on Canadian soil. Regardless of the fact, the Liberal Government has given a green light to importing arch-terrorist “Jihadi Jack” to Canada.

In August, 2019, Jack Letts was stripped of his British Citizenship.

“Canada will repatriate the British-born ISIS member “Jihadi Jack” along with 22 other citizens held in Islamic State prison camps in north-east Syria.”

Thus far, mainstream media has exposed the 22 citizens, said to be women and children of known Islamic terrorists. Conveniently, they have left out the Jack Letts component of the story.

Would Canadians be outraged to find out that Muslim convert and Islamic terrorist Jack Letts is being imported into Canada by the Trudeau government? Judging by previous public response to the topic, they certainly would be. Perhaps Canadians will find out– once it is too late to reverse the process.

And the justification for Letts’ importation to our nation is? His father is Canadian. Bang zoom– the ISIS terrorist transitions to Canada’s problem.

“The Liberal Party believes that terrorists should get to keep their Canadian citizenship…because I do,” PM Trudeau told a Winnipeg town hall in July, 2015.

“And I’m willing to take on anyone who disagrees with that.”

Fortunately for Mr. Trudeau and his ISIS-friendly Liberal Cabinet, our PM doesn’t have to take on anyone in this regard. Such is the state-of-affairs in neo-dictatorship land.

“Letts shared a photograph of himself in 2015 performing a Muslim one-finger salute with Mosul Dam in the background. The dam was within ISIS-controlled territory at the time.”

In 2016, Mr. Letts refuted his reputation as a radical Muslim: “I’m not ISIS, but I believe in the Sharia.”

Sharia being fundamentalist Islamic law, much of which exists as a breach of Canadian law, particularly our Charter of Rights and Freedoms.

On 9 June 2016, Letts’ parents appeared at Westminster Magistrates’ Court, charged with funding terrorism. The court heard that the couple had tried to send money to their son three times between September 2015 and January 2016.

In June 2019, after his parents’ trial, the BBC reported an interview with him in 2018, in which he said ISIS used to “encourage you in a sort of indirect way” to put on a suicide vest. He said he made it obvious to militants at the time that “if there was a battle, I’m ready.”

So too are the Liberal government of Canada. As in, ready to come to the rescue of another ISIS terrorist. Conveniently, legacy media in Canada have yet to come down on Justin Trudeau’s affection for terrorists.

According to British press publication The Telegraph, “Canada said it would take back 23 of its citizens – six women, 13 infants, and four men– following a court case brought against the government by the detainees’ relatives.”

“They argued that preventing them from entering Canada would violate their constitutional rights.”

While a most crucial fact has been omitted from the narrative: “Jihadi” Jack Letts has no constitutional rights. Not that this would stop Justin Trudeau from repatriating an ISIS terrorist.

As reported by the Middle Eastern Eye, he [Judge Henry Brown] referred to the “Canadian Charter of Rights and Freedoms, international humanitarian law, and the Magna Carta in his judgement, so this case will have global implications for the cases of all the other detainees, particularly the men.”

Prepare ye the way of the importation to Canada of a plethora of militant Islamic terrorists. CAP doubt the dubious claim from media outlets that Mr. Letts is a dual British-Canadian citizen. As far as we understand, the claim is erroneous.

Lawrence Greenspon, lawyer for most of the individuals, stated that “if there is any evidence the Canadians took part in terrorist activities they should face trial there.”

“These are Canadian citizens, they are being unlawfully, arbitrarily detained in either detention camps or in prisons, they haven’t been charged with anything,” Mr Greenspon told Canadian broadcaster CBC.

Jack Letts is not a Canadian citizen, and has never even visited Canada. Justin Trudeau’s terrorist-friendly government should be called out for this behaviour.

Canada’s foreign ministry said “the safety and security of Canadians is our government’s top priority”.

And permitting a non-Canadian radical Islamic terrorist to move to our country is example of prioritizing the safety of Canadians, eh?